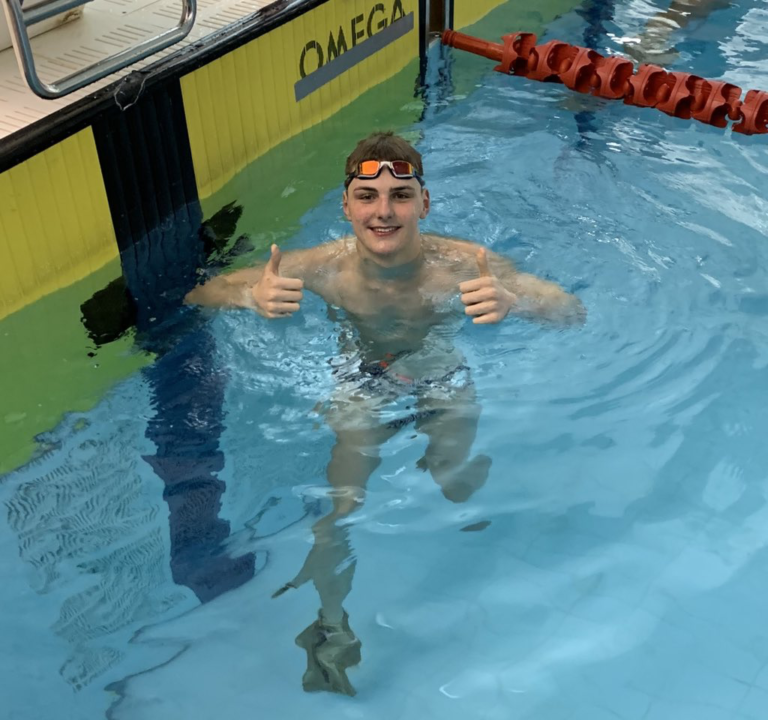 While last year’s British standouts at the European Juniors, Freya Anderson and Tom Dean make the move to the senior edition of the events this time around, promising teens such as Matt Richards, Charlie Hutchison, Jacob Whittle and Katie Shanahan move into the spotlight for nation.

Richards and Whittle were electric over the men’s sprint events at the 2019 British Championships that concluded last week, with the former breaking the British Age Record for 16-year-olds in the 100m free in 49.98, while the latter fired off the world’s fastest 100m free ever performed by a 14-year-old in 50.37.

Hutchison rocked a huge personal best in the 400m IM in Glasgow last week, notching his first sub-4:20 outing in a mark of 4:19.34. That ranks him as the 2nd fastest British 16-year-old performer ever in the event.

Shanahan was another standout junior swimmer from the Championships, setting a British Age Record for 14-year-olds in the 200m IM. Her time of 2:15.29 came in addition to Shanahan overtaking Hannah Miley’s Scottish 400m IM Age Record with her time of 4:46.62.

At the 2018 edition of the European Junior Swimming Championships, Great Britain finished 3rd in the overall medal standings behind Russia and Hungary. Individual golds came from the aforementioned Dean in the 200m IM, Anderson in the 50m and 100m freestyle sprints, along with 50m breast gold by Tatiana Belonogoff and 100m fly gold by Emily Large.

Of the teams selected Head of Elite Development, Tim Jones, said, “In amongst the results from the British Championships were some outstanding junior performances, and prodigious talent the likes of which we have not seen for a number of years. This is an exciting group of young swimmers, with a good number who will still be available for junior competition for another year or two.

“We are always confronted with some significant selection dilemmas in years when there are EYOF, European Junior and World Junior competitions in very close proximity. We have decided to challenge many of our athletes by selecting them for more than one meet. We know that one of the key attributes of successful senior swimmers is that they are robust and resilient, and have the ability to perform when it most matters. Our decision to ask many swimmers to race in two big meets reflects our determination to develop these characteristics in our swimmers to help ensure they can effectively transition into and be successful in the senior international ranks, at World and Olympic level.”

The British Swimming team for the 2019 European Junior Championships:

Coaches selected to the British team for the 2019 European Junior Championships:

The British Swimming team for the 2019 World Junior Championships:

Coaches selected to the British team for the 2019 World Junior Championships:

We are at the end of the time where older English ppl call you ‘ love’ but it was usually women . I don’t know how adult males get around Honey without sounding creepy .Good luck guys .

Why is their world juniors team so small? And not Jacob, or Matthew or Charlie ?

I don’t know for Matt or Charlie. I suppose we have got to remember Jacob Whittle is only 14 and British Swimming want to slowly introduce him to major international meets

Great Britain look like they might have some good relays for the European juniors. Can’t wait to see who really steps it up.