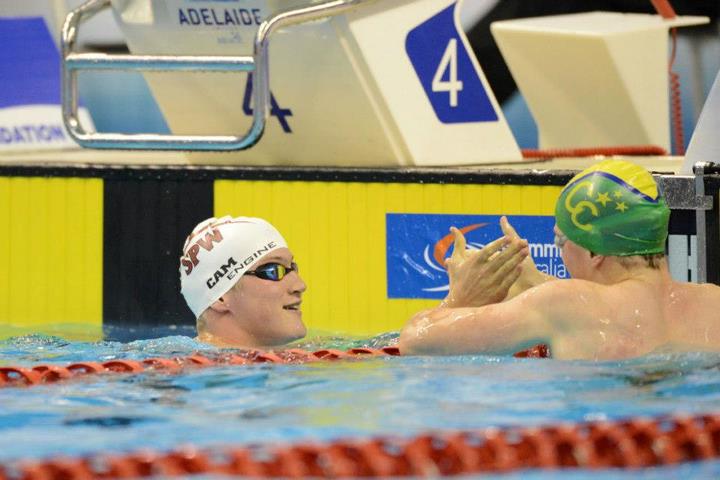 Cam could be the future of Australian sprinting. He lives and trains in Brisbane and is hoping to come to the States as a freshman in the fall of 2014...

Earlier this month at the Long Course Australian Age Group Championships, Cameron Jones posted some times that should grab the attention of the college coaches here in the states. He’s a true sprinter who will tell you that he doesn’t do the 200s, but with times like these why would he need to?

Up until the age of 13, he played other sports like tennis, soccer and rowing. When he moved to New Zealand at that age, he dropped the other sports and took to swimming 5 times a week. That year he won silver at the Australian Age Championships in the 100m LC butterfly with a 1:00:95. He also clocked a :57 100 free, 1:05 for 100 back and :25.8 50 free. Not bad for 13. That success motivated Cameron to really dedicate himself to the sport.

As good as his long course times are, he considers himself a better short course swimmer. That’s just part of the reason he would like to come to the States for college. Cameron is interested in our NCAA system and will be a freshman in the fall of 2014.

My guess…he goes to AUBURN

pretty nice future great sprinter , nice mentaliy + training in The Usa is a must .

It’s better for him to go to Auburn, makes it easier to adjust having a coach that was an australian until he changed nationality few years ago.