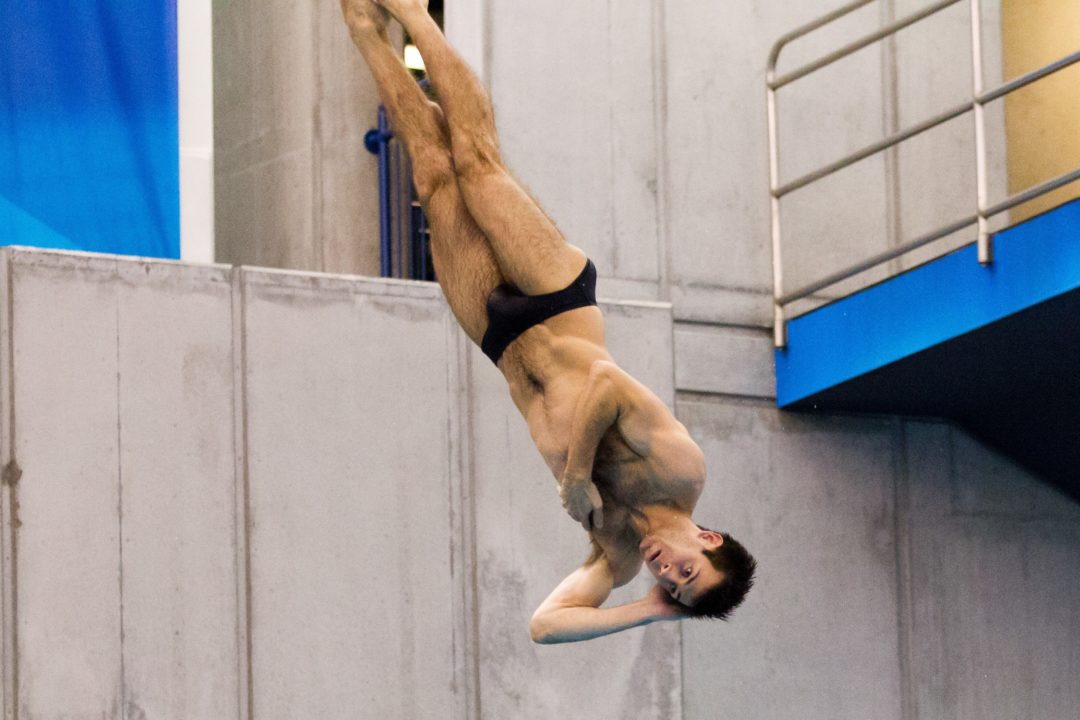 The Indiana Hoosiers lost Dr. Jeff Huber this offseason to retirement after 24 years, marking the end of an era in the program and the sport.

Johansen’s recent resume includes winning the 2013 ACC Diving Coach of the Year award and being the head coach of the U.S. Olympic Diving team in London in 2012. Of the six American divers who returned home with an Olympic medal, two (Abby Johnston and Nick McCrory) both trained under Johansen at Duke.

Johnston’s collegiate eligibility has expired, but McCrory still has one year remaining. What his future holds for the defending NCAA platform champion will be a huge topic for speculation; it’s hard to imagine him wanting to change coaches at this point of his career. Remember that his Olympic platform synchro partner David Boudia turned pro after his junior season to great Olympic (and commercial) success.

With Boudia training nearby at Purdue, it would certainly aid in the pair’s synchro preparations to be geographically closer together.

McCrory hasn’t made any comment yet on his coach’s move, though we have reached out to him.

Johnston, meanwhile, is the holder of a $7,500 NCAA Postgraduate scholarship, and thus has options after finishing her undergraduate degree in May. Her degree is in psychology, and she is a part of a premed student organization at Duke, though such a late change to plans for graduate school could be a challenge (unless she had some warning of a pending move).

As for Indiana, this will continue to hold them as nearly synonymous with collegiate diving in the United States, as diving is a huge part of their program. At NCAA’s last year, Indiana’s men scored 49 of their 201 points in diving en route to a 9th-place team finish. Their 4 diving qualifiers tied Stanford for the most in the country, and they also sent two women (walking away with 17 points).