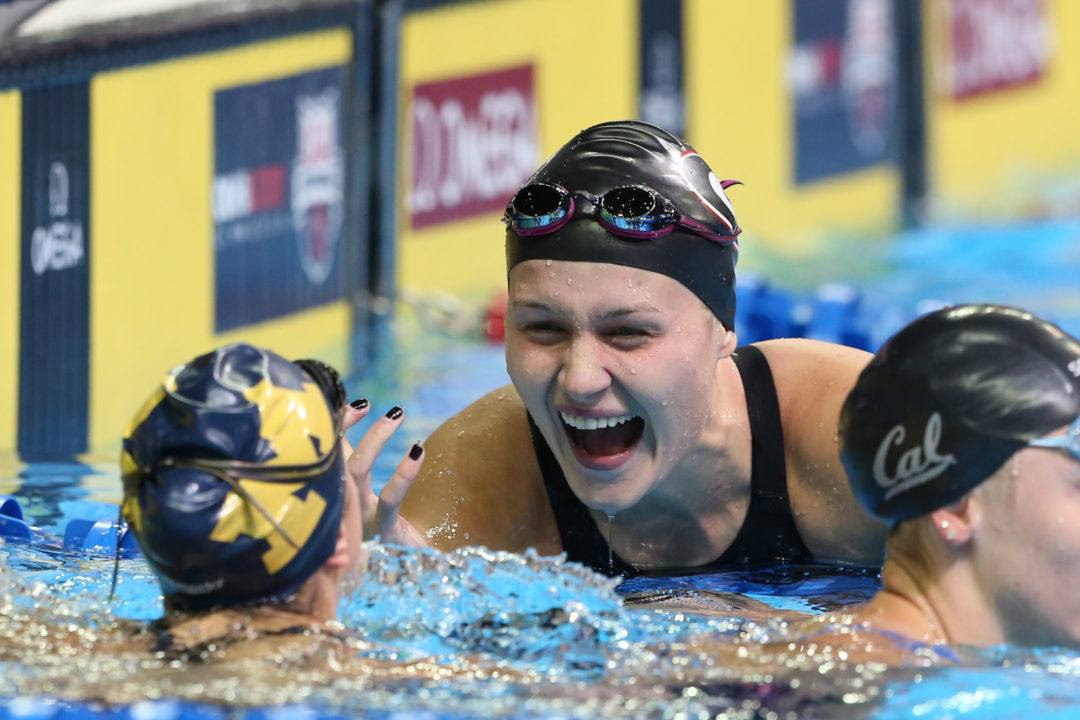 Meet Olivia Smoliga, the Glenview, Ill. native who will be competing at her first ever Olympics. Growing up in the northern... Current photo via Tim Binning/TheSwimPictures.com

Meet Olivia Smoliga, the Glenview, Ill. native who will be competing at her first ever Olympics. Growing up in the northern suburbs of Chicago, Smoliga says in the video below that she tried diving, ballet, and basketball until swimming became her primary focus in fifth grade. Smoliga loves the 100 back, and has always looked up to Natalie Coughlin as an idol in the sport of swimming. In her first Games, Smoliga will swim the 100 back individually and is expected to lead off the USA’s 4×100 medley relay which will contend for Olympic gold.

Smoliga attended Glenbrook South High School and in her senior year, in November 2012, Smoliga broke the national high school records in the 100-yard backstroke (51.43) and the 50-yard freestyle (21.99) at the Illinois High School State Championships.

In Summer of 2012, Smoliga qualified to compete for a spot on the US Olympic Team at the 2012 US Olympic Trials in Omaha, Nebraska. At trials, she finished 23rd in her 50-meter freestyle (25.66), and fourth in her 100-meter backstroke (1:00.46), right behind elite backstrokers Missy Franklin, Rachel Bootsma, and Natalie Coughlin. In the semi-finals, Smoliga went a 59.82, breaking the minute barrier for the first time ever.

Smoliga became a first time Olympian by winning the 100M Backstroke with a time of 59.02, the 4th fastest time in the World this year.

Olivia is hitting her peak just in time for the Olympics. She swam well all year.

Get out of here Emily. Golden Girl’s comin for that gold and she’s gonna have 3000x as much fun doing it than you.

I would be very happy if she won a medal.
After reflection I think a bronze is possible.