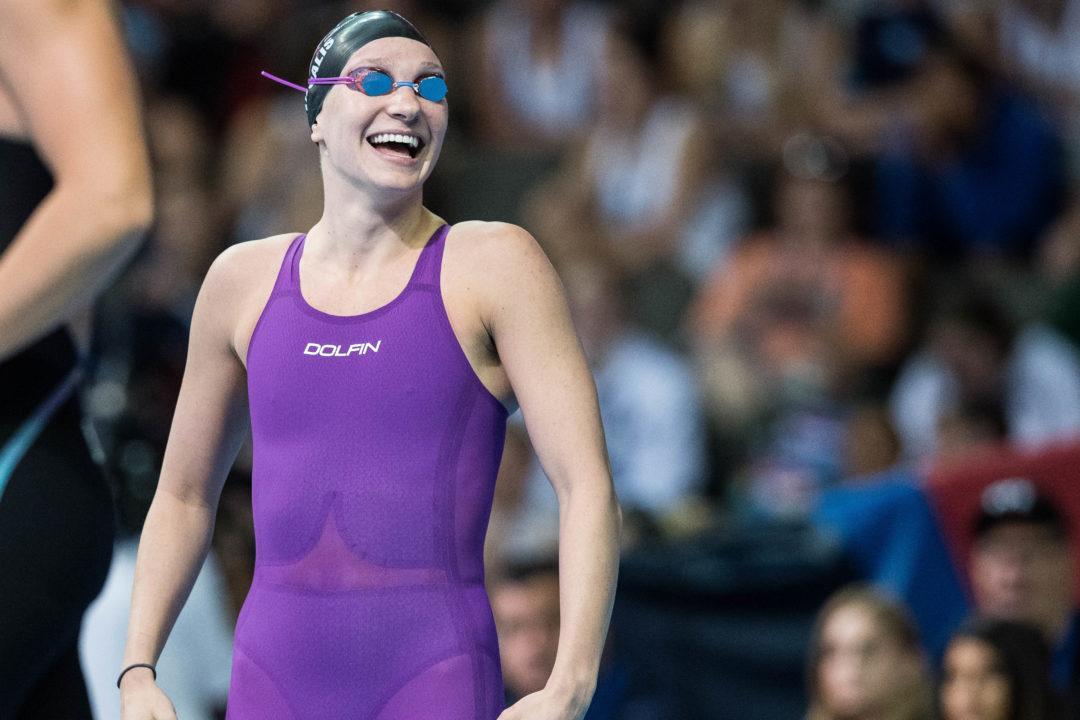 Meet Melanie Margalis, the St. Petersburg, Fla. native who swam at UGA. When she was just 10, she won the... Current photo via Mike Lewis/Ola Vista Photography

Meet Melanie Margalis, the St. Petersburg, Fla. native who swam at UGA. When she was just 10, she won the 100 breast at JO’s and her brother was the one putting the ribbon over her head. Margalis had a moment of terror after the 200 IM at the 2016 Trials, when she looked at the scoreboard and thought that she had finished 3rd, not 2nd. She confirmed her 2nd place finish, however, and will swim that race in Rio. Margalis also finished 6th in the 200 free final, and will swim in the 4×200 free relay as a part of the American team.

Melanie Margalis is a versatile swimmer, but primarily a breaststroke and IM specialist from her hometown of Clearwater, Fla. Margalis was born to parents, Bob and Caryn, and her brother is Robert Margalis, also a stand-out Georgia swimmer and a NCAA Champion.

Margalis first competed internationally at the 2013 World University Games in Russia, where she picked up a win as a member of the 800-meter free relay and brought home a bronze in the 200 IM.

At the 2014 Phillips 66 National Championships, Margalis won the 200-meter IM and finished third in both the 400-meter IM and 200-meter breaststroke to earn a roster spot on the Pan Pac team — she finished 12th in the 400 IM and ninth in the 200 IM. Later that year she also competed at the 2014 World Short Course Championships, swimming the IM events. She won a bronze in the 200 IM and finished sixth in the 100 IM.

The youngest of the swimming Margalis family, Melanie found success in the 200M IM and finished second to Maya DiRado, shoring up a spot on the US Team headed to Rio. She had a great deal of catching up to do in the freestyle leg, having started eighth after the fly, sixth after the back, 5th after the fly, and splitting the fastest free split of 30.26 to finish .57 seconds behind first place with a time of 2:10.11.

Margalis also finished sixth in the 200M Free and earned a spot on the 4x200M Free Relay.

She had swum the 200 breast earlier that night.

If there was any race that proved the OT is the “Meet of Tears”, that was it.

I think she swam the 200 free earlier that night and made the team in that event also.

You’re right – it was the 200 free. Qualifying in 2 events in one night is quite a feat.

I was wondering if she was related to Robert Margalis.

saw you come home at tampa airport, thanks for taking time for all your fans, USA is proud of you., laura n.j.