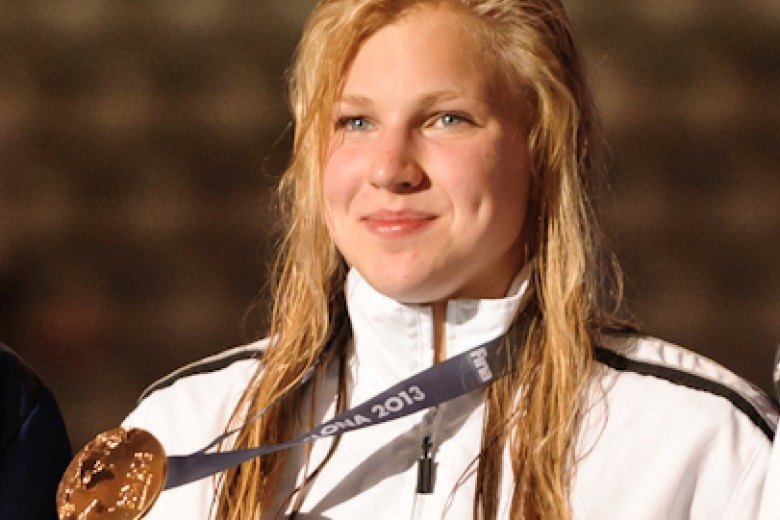 After a weaker finals session on night two where we saw the U.S. walk away with just two medals, Team USA rebounded in a big way, hauling in six medals this evening, triple the total of France and Russia (the only countries to win more than one).  The great team performance was highlighted by Katie Ledecky’s record-smashing mile, and defending Olympic champions Matt Grevers and Missy Franklin capturing titles in the men’s and women’s 100 backstroke.

Conor Dwyer, David Plummer, and Jessica Hardy also put together medal-winning performances on night three.  Dwyer stormed home over the final 50 meters of the men’s 200 free (his 26.59 was easily the fastest in the field) to surpass Ryan Lochte, Danila Izotov, and Cameron McEvoy to steal the silver medal.  Plummer held his ground as the #2 seed, out-racing Jeremy Stravius of France to claim silver in the men’s 100 back.  Hardy, who didn’t even qualify for the Olympic team in the 100 breast last summer, came away with a bronze there.

It’s worth mentioning, however, that the U.S. just missed out on two additional medals.  Lochte was beat to the touch by Russia’s Danila Izotov in the men’s 200 free (1:45.59 to 1:45.64), and Elizabeth Pelton faded to fourth in the women’s 100 back behind Franklin, Emily Seebohm of Australia, and Aya Terakawa of Japan.

Tomorrow China will add one more Gold medal for sure with yang..

US may get one on 800 free.. but will be a tough battle with Mellouli and Joensen..

Looking all the races from tomorrow.. It will probably be South Africa day.. 2 gold medals.. won´t bet on US getting a gold.. but Missy can get a silver/bronze, Silver/Bronze for 200 fly is too wide open right now, and Jaeger can fight on 800 for a bronze..