McEvoy has Faced Some Unusual Challenges in Tokyo 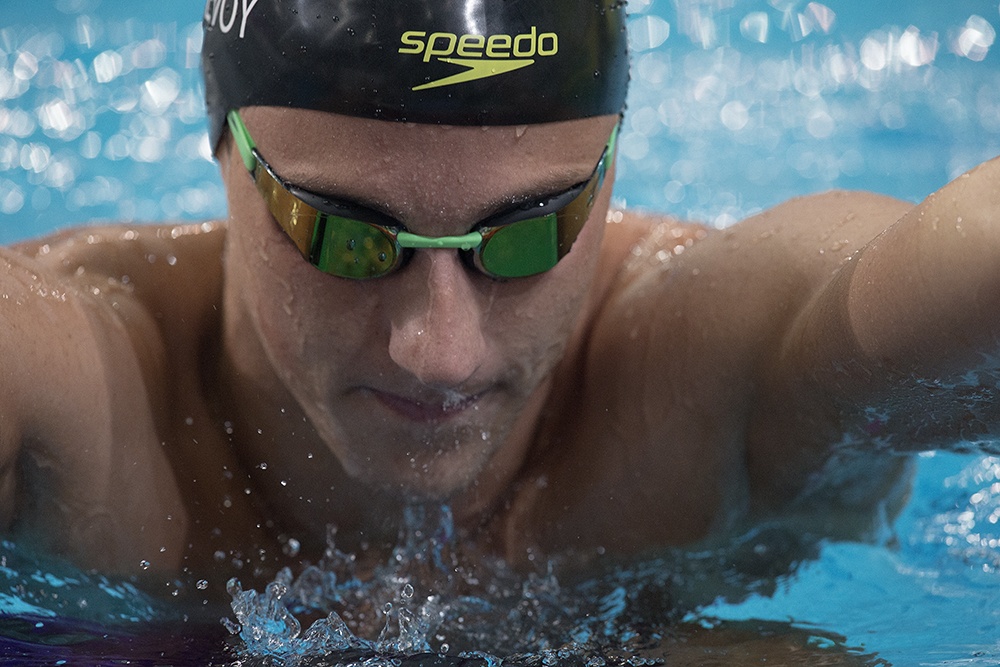 Cameron McEvoy had an eventful first day in Tokyo which included his hotel being rattled by an earthquake and his Twitter account being hacked... Current photo via Steve Christo

Australian star Cameron McEvoy had a very interesting day on Monday. McEvoy, who is in Tokyo getting ready to compete in the Japan Open, experienced the affects of a 5.6 magnitude earthquake had on his hotel. The earthquake occurred just outside of the Japanese capital at 9:23 pm.

McEvoy posted a video he took at the time of the earthquake on Instagram. He did express that the video did not do the experience justice.

If that wasn’t enough to deal with in one day the 22 year old came to find out that his Twitter account had been hacked. McEvoy, who has 11.8 k followers, was notified by several people that his account name had been changed and that a tweet of a topless woman had been sent out from the account.

As soon as he found out he sent a tweet out apologizing to his followers.

I'm extremely sorry about the hack on my Twitter page and thankyou to everyone who went out of their way to tell me. #DownsideOfTechnology

Now that those two experiences are behind him McEvoy can direct his full attention to the upcoming competition. He told the Herald Sun that his main focus at the Japan Open is to test his racing skills rather than his times.

He also told the publication that he has been very happy with how training has been going since the Australian Olympic Trials in early April, “I am about to complete the final week of the distance phase,” McEvoy said. “That’s always a great thing because mentally it’s nice to look back at what I have done.

“And it gets the foundation done for Rio, to carry me through seven days of racing at the Olympics.”

“And although I am going into it with that in mind, hopefully practicing that with a bit of racing, I know I’m going to be under fatigue and (heavy) workload, I think that could be really good; there are some great sprinters over in Japan at the moment.”

The complete Australian squad for the competition will include:

Sorta expecting him to go even lower come Rio

Hopefully. He will need someone to challenge him though.

So crowded in the McEvoy bandwagon these days. Most are probably recent migrants from Condorelli bandwagon. James Magnussen was the first believer:

He does Twitter. He does Instagram. So much for the “brains” often referred to. Social media acolytes get over yourself! Why does anyone need Twitter? Hey look at me…I’m so important I must tell the world everything I do………..

Social media use is a hell of a lot better than your self-righteousness and “holier-than-thou” attitude. You aren’t better than a world class athlete with enough balance to pursue a passion for physics because you don’t have a twitter.

This is 2016. I’m interesting in knowing what McEvoy, Phelps, and Manaudou are doing. So what’s wrong with them realizing the world’s interested in seeing a day in the life?

He doesn’t post very often, and almost not at all when not at meets. I follow him on Snapchat and his story last night was him studying. A lot of younger kids use social media extensively and seeing a world-class swimmer who spends his time away from the pool studying physics seems like it leaves a pretty good impression to me. Most of his tweets are about physics and math-think that might get young swimmers interested in STEM? That can’t possibly be a bad thing in my opinion.

Right, because being intelligent and using social media are mutually exclusive. Come on. You know better than that…

I,m sure john thinks he,s better than everybody, even a world class aspiring physicist. Studying physics is no joke. It requires brains. Same with math and even engineering. That he,s able to do that and swim at a high level is crazy.

A world class swimmer who,s an aspiring physicist I mean.