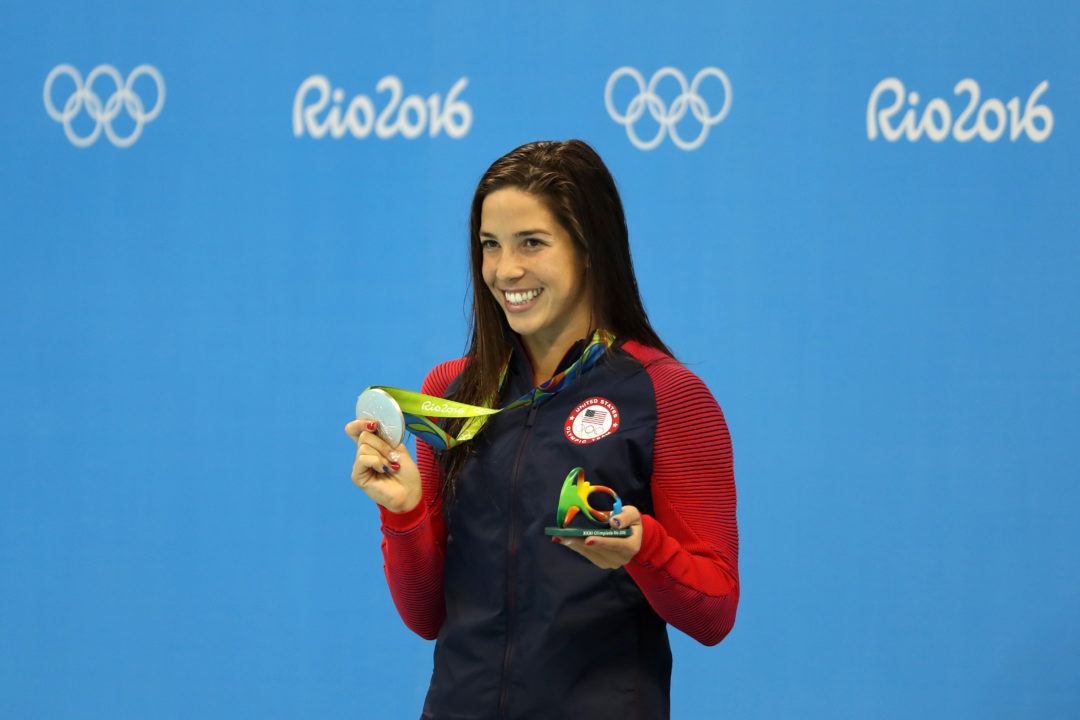 USA Swimming announced the election of three new members to the Board of Directors on Monday, continuing with governance changes at United States’ national governing body. Maya Dirado Andrews returns for a second term as an athlete representative, while Ira Klein and Clark Hammond will become new members to USA Swimming’s 15-member board. All three will serve four year terms.

USA Swimming has recently sought to diversify it’s board with a vast range of experience and expertise to complement the coaching, officiating and athletic expertise of the current board members.

In addition to these newly elected members, the USOPC Athlete Advisory Council representatives, Olympians Tony Ervin and Ashley Twichell, will also sit on the USA Swimming Board of Directors.

Maya Dirado Andrews: Dirado Andrews had an extremely successful career as an athlete, competing for the Stanford Cardinal and as a professional swimmer after her graduation from Stanford in Management Science and Engineering. She is best known for her four-medal performance, including Gold in the 200 backstroke and 4×200 free relay, at the 2016 Rio Olympic Games. Prior to her Olympic performance, she was a two-time individual NCAA Champion as an undergrad, a multi-year USA Swimming national team member and a member of the 2013 and 2015 World Championship team, 2014 Pan Pac team. Since the end of her swimming career, Dirado Andrews has had a successful career in the private sector, working for the management consulting firm McKinsey and Company, and is currently pursuing her MBA at Stanford’s Graduate School of Business along with a master’s degree in Environment and Resources.

Ira Klein: Klein has been a long-time member and coach of USA Swimming, having joined the organization at its founding in 1980. He has previously served in the role of Vice President for USA Swimming, as well as President of the American Swimming Coaches Association. Most recently, Klein has served as the General Chair of Florida swimming. Klein and his wife founded the Sarasota Tsunami in 2010 and has had strong success with his program, which has been named a USA Swimming Silver Medal club in each of the last five years.

Clark Hammond: Hammond is a partner at Wallace Jordan Ratliff & Brandt, a leading full-service law firm in Birmingham, AL. He received his B.B.A from the University of Miami in 1975 and his J.D. from Cumberland School of Law in 1984. Hammond has previous experience serving on the USA Swimming board, having served a four-year term from 2014-2018. Hammond is certified National Championship Referee, and also served as a FINA referee for eight years. He is a past chair for the National Officials Committee and currently serves as the Safe Sport Chair and as a member of the Board of Directors for Southeastern Swimming.

Notably, both Hammond and Klein were elected as unvetted members. USA Swimming had previously announced six at-large and two athlete representative candidates, all of whom had been screened and interviewed by the 2021 Nominating Committee. According to the USAS 2021 election guide, additional candidates can self-nominate or be nominated by submitting their name at least 14 days prior to the HOD meeting, and be listed as “unvetted candidates.”

USA Swimming has confirmed to SwimSwam that both Hammond and Klein were self-nominated and either “chose not to participate in the nomination process or were not recommended by the Nominating Committee.”

The elections come at a time when USA Swimming has worked to restructure its board to come into compliance with federal law.  The law, which passed in 2020, requires athlete membership to comprise of at least 33.3% of the board of directors. USA Swimming now meets that requirement with the new inclusion of Ervin, Twichell and Dirado Andrews, joining current athlete board members Katie Meili and Natalie Coughlin-Hall. Athletes must have competed within the last 10 years to be considered eligible for athlete representation.

You’ve got to be kidding me grassroots. Have you even met either of these two? I have, and they have the best interest of the sport top to bottom in mind, not their own. You’d probably like the inmates to run the asylum.

I think the voting at the house of delegates this year sent a clear message to Hinchey and his entire cast of followers. We do not need more of your “loyal followers” that rubber stamp everything.

Both of these gentlemen were told they were not allowed to participate in any of the pre-election meetings. Thankfully Ira and Clark are “for the members” and not “for Hinchey”

Yeah it’s interesting to hear that they tried to shut them out and they got elected anyway. If they had the 5 swimmers vote with them they would be one shy of a majority. So they should recruit some qualified outsiders to run in the next election and try to shake things up

Hilarious that Maya and MA share the same last name and VERY different views on COVID.

Stop contributing to the myth that MA’s last name is “Andrews.”