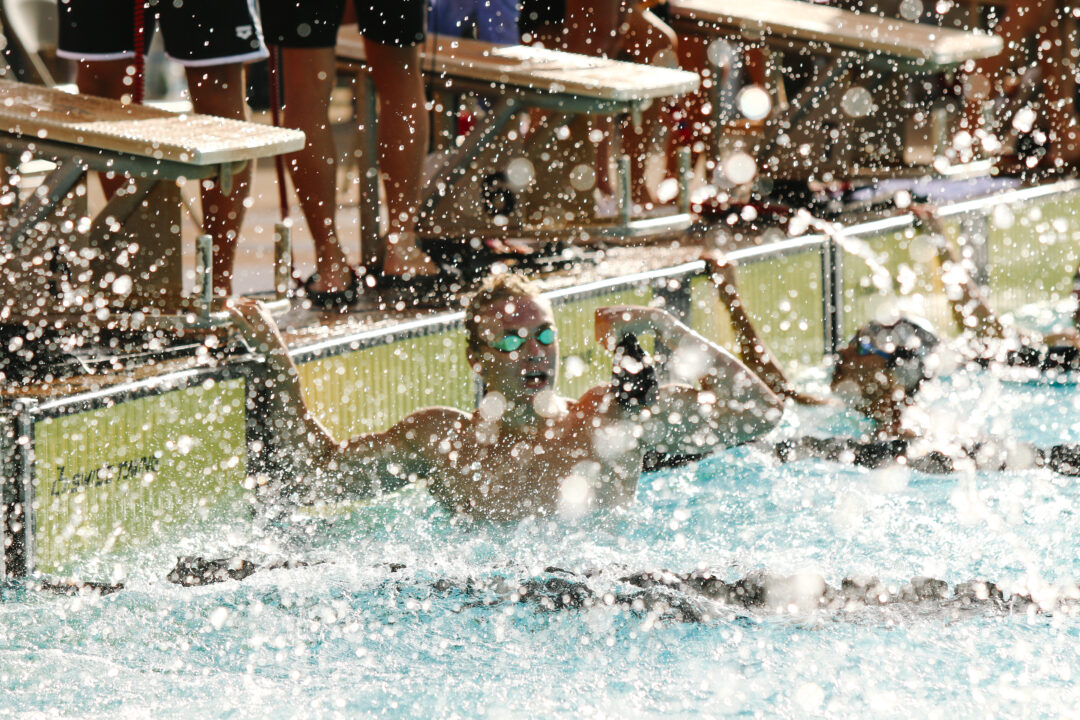 16-year-old Maximus Williamson of Lakeside Aquatic Club is having himself A. Meet.

Forty-five minutes later, he pulled off a stunning come-from-behind victory in the 200 free, edging Rose Bowl’s Rex Maurer by .09 with 1:33.60.

After resting for another three quarters of an hour, he was back in the pool competing in the final of the 100 back. Williamson won his third race of the night and his second come-from-behind thriller, going 46.90 to touch out Luke Logue of Aquajets (46.96) by .06.

Williamson capped off the night with a relay split of 19.46 on the second leg of Lakeside’s 4×50 free relay. It was the fastest flying-start split of the night in Austin and it nearly made up for the .48 deficit he inherited at the first exchange.

Williamson is entered in the 200 back and the 100 free on Saturday in Austin. He comes in seeded third and second in the respective events.

He is a remarkable swimmer. Not sure I can recall anyone else who’s won three individual races in a single session at juniors

An extraordinary set of 1st place finishes with 45 minutes between each swim! If this man is not the future of swimming in part, I think we’ve all been fooled. Paris 2024, maybe. Los Angeles 2028, for sure!

Yeah, that was awesome, he must be on cloud 9 today.