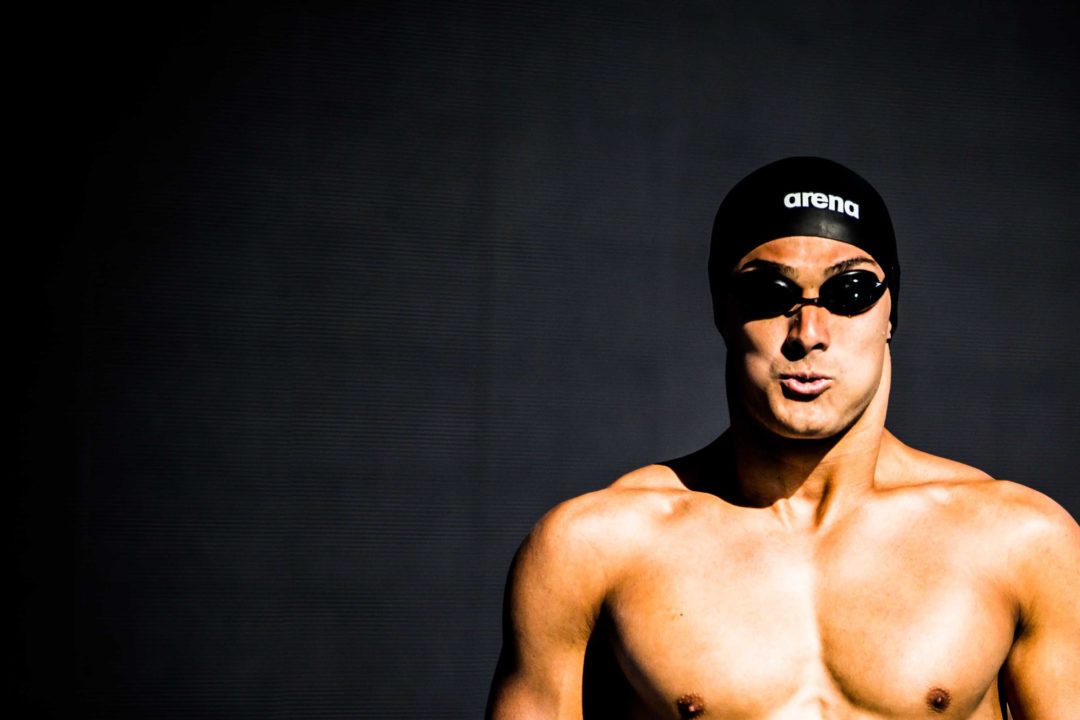 Texas senior Maxime Rooney will be swim his 4th different lineup in 4 NCAA Championship campaigns later this month, going with a sprint-oriented lineup that will include the 50 free, the 100 fly, and the 100 free.

Rooney, who transfered from Florida last spring, will be swimming the 50 free at NCAAs for the first time. He’s brought his lifetime best down from a 19.41 to a 19.24 since he arrived at Texas, and is seeded 17th on the psych sheet, just outside of scoring range. Rooney will swim the 100 fly for the 2nd-straight NCAAs, after taking 4th in that event last year. The 100 free is the one event that has remained constant throughout Rooney’s college career; he’s yet to score at NCAAs in that event, but he’s definitely had the times for it, and he’s seeded 6th this year.

He won’t swim the 200 free, where his lifetime best of 1:31.96 from last fall would put him 4th on the psych sheet, or the 200 fly, where his lifetime/season bests of 1:40.87/1:40.94 would also project him for a top-8 finish. Rather than doubling up with one of those events and the 100 fly or 100 free, Rooney will swim the 50 free, presumably leaving him fresher for the Longhorns’ relays. He’s likely to swim on all three free relays, as well as one of the two medley relays.

After the summer he had… I think this is going to be by far his best NCAA meet.

He’s due after only scoring 2 out of 9 events

What a great young man! I posted here several times before how much good attitude he brought to Texas sidelines and how much his teammates like to be around him. After meeting him last few days, that was only reinforced, to a great extend. I am sad our son will not be able to be his teammate and learn from him how to compete and be a great teammate. We are all huge fans of Maxime.

38
-6
Reply
Horns up
Reply to  PsychoDad

You never know… a lot of Pro swimmers hang around after they graduate. John Shebat Wil Licon, Townley and Clark Smith have swim at Texas a lot this year.