Matthew Willenbring Hopes to Return to the Pool for Texas Longhorns 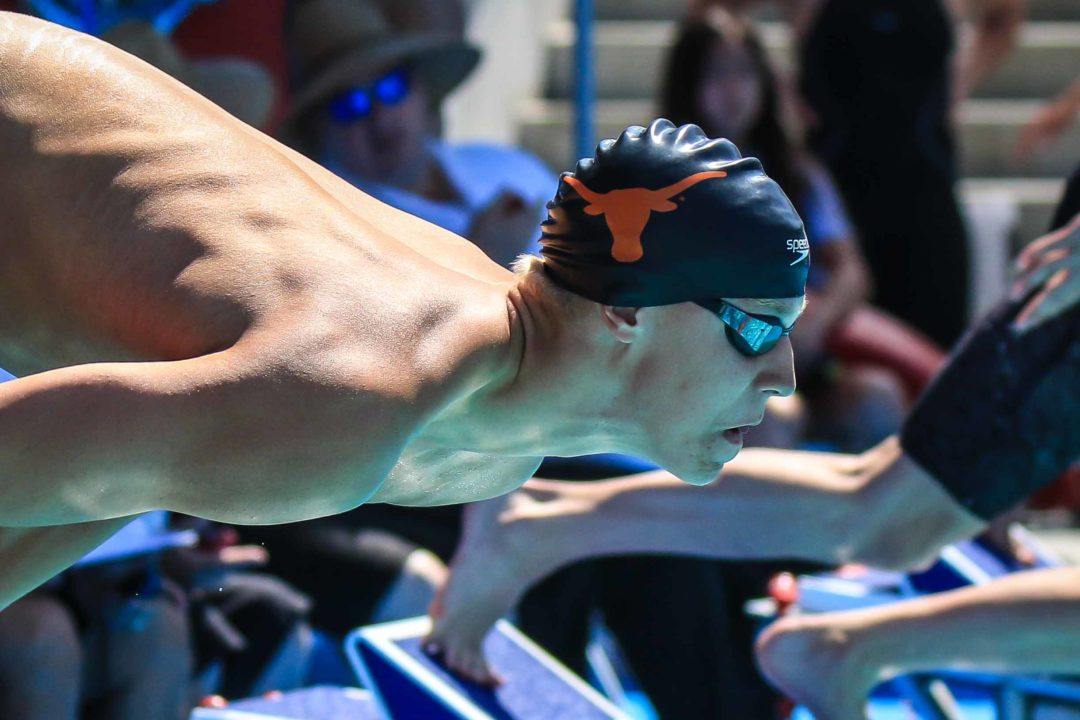 Matthew Willenbring, a member of the US team at the 2017 World Junior Championships, has only raced one meet since the 2020 Big 12 Championships. Archive photo via Jack Spitser/Spitser Photography

University of Texas swimmer Matthew Willenbring is still planning to return to swimming, but he’s just not sure when exactly that might be.

Willenbring has only raced one official meet, for college, club, or otherwise, since the 2020 Big 12 Championships. On Monday, he confirmed to SwimSwam that he has been dealing with a long-lingering health issue, but declined to elaborate on what that was.

Willenbring says that he’s still motivated to return to the pool, but isn’t sure when that might be: “could be a month, could be never,” he told SwimSwam.

While the Longhorns have the deepest roster in the country, the potential of Willenbring coming out of high school was clear. The 6’10” prospect was a raw talent, but even prior to coming to Texas, he won a bronze medal in the 100 free at the World Junior Championships (although that was later stripped after he failed a doping test – even though FINA ruled the ingestion accidental).

He’s not just a pure sprinter, either: as a high school junior, he won the Texas 6A high school state championship in the 100 breaststroke, and was the 2020 Big 12 Champion in the 200 IM in his last meet for the Longhorns.

He did swim a meet earlier this year in long course, posting a time of 55.08 in the 100 meter fly, which was his only event, but hasn’t represented the Longhorns yet this season.

If Willenbring returned for the Longhorns, he would, in theory, have two years of eligibility remaining. While the NCAA ‘five year clock’ could come into play, there are waivers to that rule in cases of injury.

Matthew is a class act whose contributions to this team go well beyond the pool. Once a Longhorn always a Longhorn. We love you Matt!

So the really tall guy with the weird doping violation excuse still wants to swim? Okay let him swim let’s see what he’s got.

Whoa… just be well, young man, and I hope that the best of all good worlds comes to you, just as I hope the same for all young persons who are beset by travails and vicissitudes in their progressions toward adulthood.

Pretty mysterious… love to get to see what he could do.