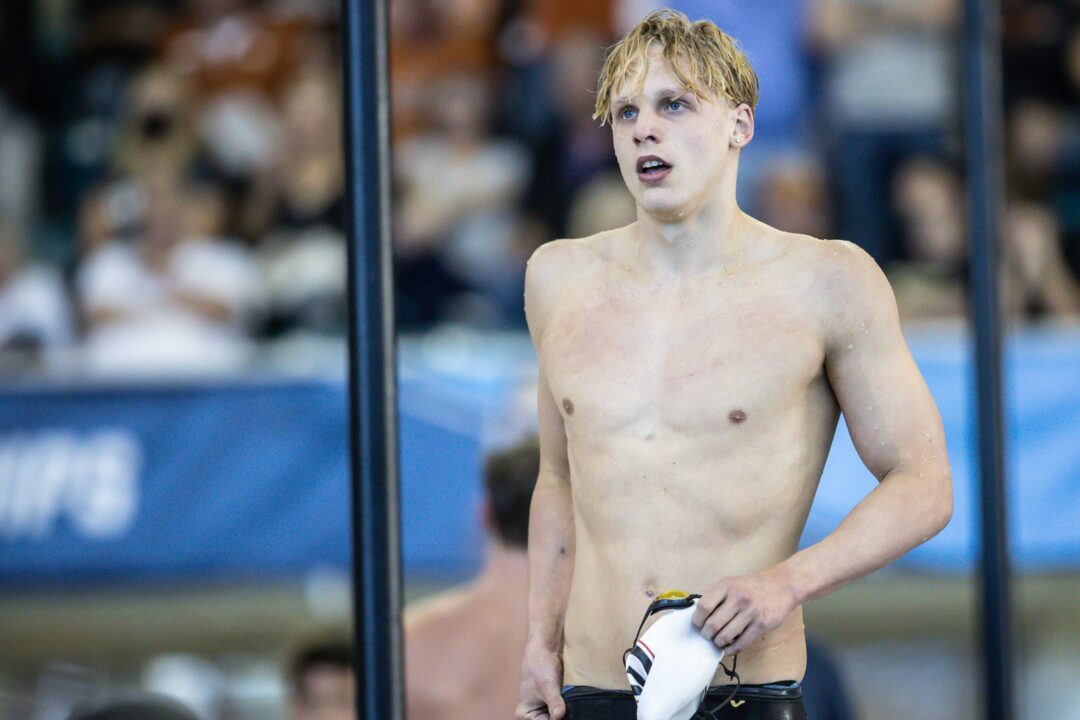 Matt Sates is back on the pro circuit that he won last year, and he looks even faster in 2022. The 19-year old South African won the... Archive photo via Jack Spitser/Spitser Photography

Matthew Sates still hasn’t had his breakthrough at a major global championship, but on Friday in Berlin he demonstrated once again that he has the chops to dominate in more minor short course championships. The 19-year old South African won the 3:36.30 in his first final of the 2022 FINA World Cup Series, breaking the South African and African Records.

His time broke the old record of 3:36.75 that was set by Olympic champion Ous Mellouli of Tunisia. Mellouli’s time was swum at the 2008 World Cup Series in this same pool in Berlin.

Sates continued his unique pattern of splitting this race, which is highlighted especially when lined up against the swimmers whose records he broke. Although he was closer to the “even split” that we usually see from high level middle-distance freestylers than he was in his previous personal best, he still had a second 100 that was way slower than Brown or Mellouli’s swim, and a final 100 that was way faster.

The swim ranks Sates as the 12th-best performer in the history of the event, though he still has a big drop to go to chase Yannick Agnel’s World Record of 3:32.25.

Sates was the overall men’s winner of the 2021 FINA World Cup Series with 227 points. After that, he went to swim for a semester collegiately at the University of Georgia, but left the program shortly thereafter to turn pro and resume training in South Africa.

Sates wasn’t the only African to break a National Record on Friday in the men’s 400 free final. Marwan El Kamash swam 3:40.94, which crushed his own personal best of 3:43.26 from the 2018 FINA World Championships.

El Kamash has been swimming at the University of South Carolina and University of Indiana and training mostly in the US in recent years, so his focus shifted to yards rather than short course meters racing.

Braden, no Swimswam Breakdown this week ?

Can’t wait to see matthew and Lydia get back together next weekend!!!!!