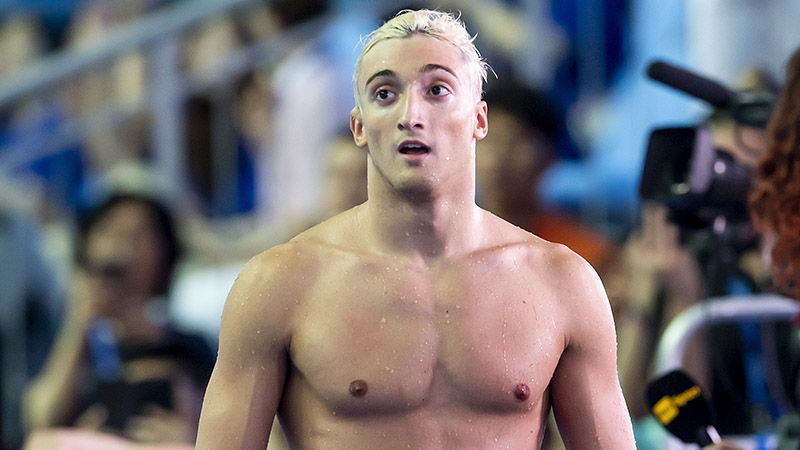 #19 Isabella Abrajan of MVN Verbally Commits to Duke for 2022

At the 2020 UAA Championships, where NYU placed third as a team, Vera would’ve been .02 off of making the 50 free A-final.

Northwestern welcomes Cincinnati on Friday for some out-of-conference action, and head coach Jeremy Kipp gave his swimmers the chance to throw on some suits at a low-pressure dual and see what they could do.

“From a performance perspective, sometimes when you can swim a non-traditional conference competitor like Cincinnati, it allows the athletes to be more relaxed and you actually see some people really pop,” said coach Kipp. “Which I think was the case tonight.”

While the Big Ten Conference Championships are in about a month, there wasn’t any specific rest going on for this weekend aside from the natural come down for post-season.

“I thought we had a good week training, definitely not rested, but our men are 5 weeks out and our women are 4 weeks out from B1G so I think we are starting to see some fresh legs. People are excited about what they are doing in the water and on the boards,” said Kipp. “We have been racing a lot in the last few weeks so the tech suits provided a fresh perspective and gave us some things to think about going into B1G and NCAA that I think you might not see in a regular dual meet.”

Freshman Ally Larson took down a Northwestern program record in the 200 fly last night, ripping a 1:56.32 to erase teammate Calypso Sheridan‘s school (and pool) record of 1:56.91 from November’s TYR Invite. Last season, NU had zero swimmers under 2:00 in the event; now they have four, including Larson and Sheridan under 1:57 as the two fastest performers in school history.

NU swam like a top 20 team at this meet… can’t wait to see how they look at Big Tens!

Sheridan is versatiled as hell man. 50s to 500s and at every stroke.

She was an Aust junior im representative . I think she is from the same Brisbane Grammar squad as Minna Atherton . I read she likes turns & her coach would try to get her up sooner as then being a junior she was maybe losing momentum . Now it is working for her.