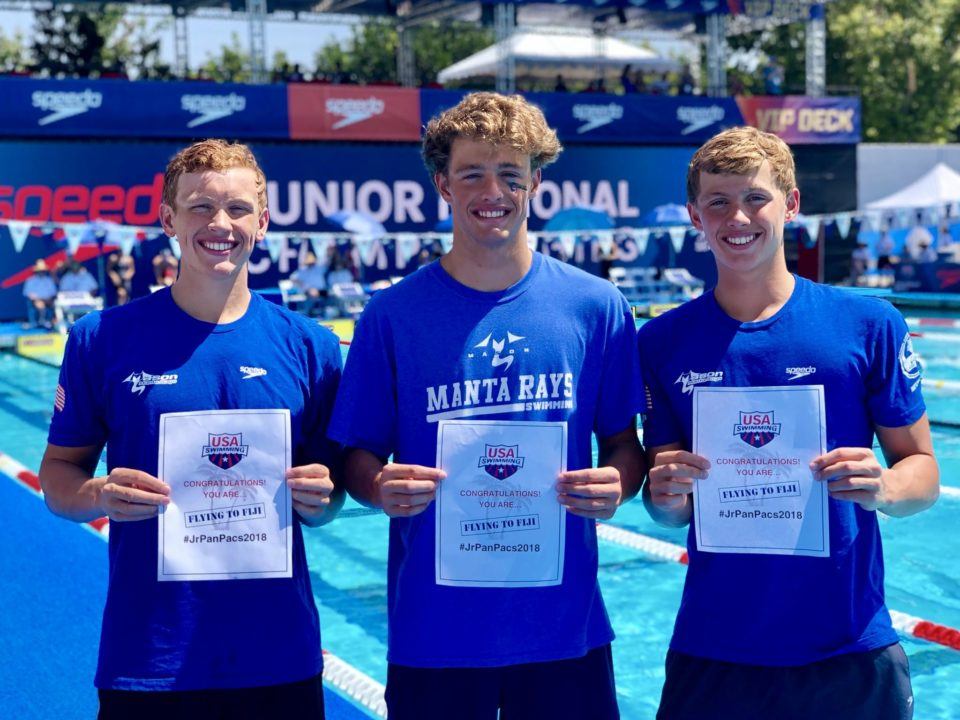 Carson Foster clocked in the first state record in the preliminaries of the 200 freestyle. His time of 1:33.38 was well under his own state record of 1:34.19 set at last year’s state meet, and marks a new best time for the Sycamore junior.

In his last high school meet, older brother Jake Foster – also representing Sycamore – annihilated the 200 IM state record, touching the wall in a new best time of 1:43.99. The old record of 1:46.58 was set back in 2016 by Cooper Hodge, who is currently a junior at Wisconsin.

Mason High School junior Adam Chaney had a field day this morning, taking down two state records in both the 50 and 100 freestyles, as well as recording personal bests in both.

Chaney stopped the clock in the 50 free at 19.69 – while his time broke the old Division I state record of 19.97 set in 2016 by Kalvin Koethke, he will be eyeing the overall state record of 19.61 established in 2012 by Erik Risolvato during tomorrow night’s finals.

In the 100, however, Chaney bested Joe Hudepohl‘s 27 year old overall state record of 43.43, finishing the preliminary session in a new best time of 43.27.

Electing to swim the 100 back over the 500 free this year seems to be paying dividends for Carson. His preliminary time of 46.23 destroyed the state mark of 47.39 set last year by Justin Grender. That swim is also a significant drop from his previous best time, a 46.70 from December at Winter Juniors.

Jake followed up in the next event with the final record of the session: a 53.31 in the 100 breaststroke. That’s over a second under the old state record of 54.35, held by current Florida senior Ross Palazzo; though Jake’s best time is a 53.20, also from December.

Yes they’re both fast but wait until after the college kids rest.

These are very fast prelim swims