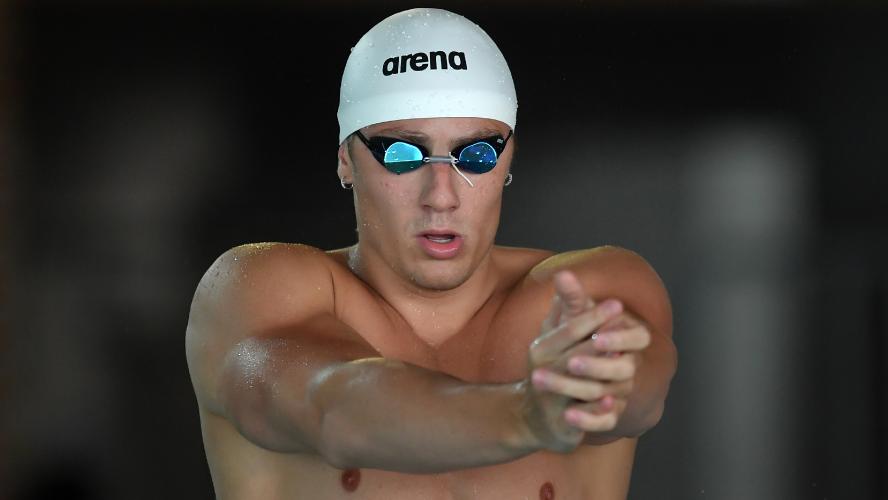 Meanwhile, Arianna Castiglioni out-touched Bendetta Pilato by .01 in the 100 breast, as she and Martina Carraro will vie for the second Olympic spot. Current photo via Andrea Staccioli/Deepbluemedia/Insidefoto

After he smashed his own 100 breast national record last night, Nicolo Martinenghi had a big swim in the men’s 50 breast prelims this morning. Martinenghi clocked a 26.47, almost a second ahead of the rest of the field, to shave .09 off of his old best and the old Italian record.

After Benedetta Pilato‘s big 1:06.02 Italian record at the Italian Open Championships in December, she’s not alone at the top of the field in the event today. Pilato was second this morning at 1:06.38, a hundredth behind Arianna Castiglioni (1:06.37). Meanwhile, after going 1:06.43 about a month ago, Martina Carraro was third in 1:06.97.

Castiglioni and Carraro both hold lifetime bests of 1:06.3, with Castiglioni dropping .02 off of her old best this morning. With Pilato already qualified based on going the faster cut needed in Riccione in December, Castiglioni needs to hold off Carraro and again break 1:07 tonight to secure her spot. Castiglioni recently had COVID-19, too, testing negative only on March 24th. The same goes for Carraro– to make the team in the individiual event, beat Castiglioni and finish under 1:07 (the relay consideration is 1:07.07).

Federica Pellegrini looks primed to blow away the field in the 200 free final tonight, going 1:59.38 this morning as the only finisher under 2:00. At this meet in 2019, the last time it was held, Pellegrini dropped a 1:56.60 in the final. She went 1:57-mids at both the Italian Open Championships in December and the Golden Tour FFN – Marseille in March, and she’ll look to snag the Olympic cut of 1:56.99 tonight.

Italy has progressed a lot in the past five years. Three medals in Rio. Now a lot of medal contenders.