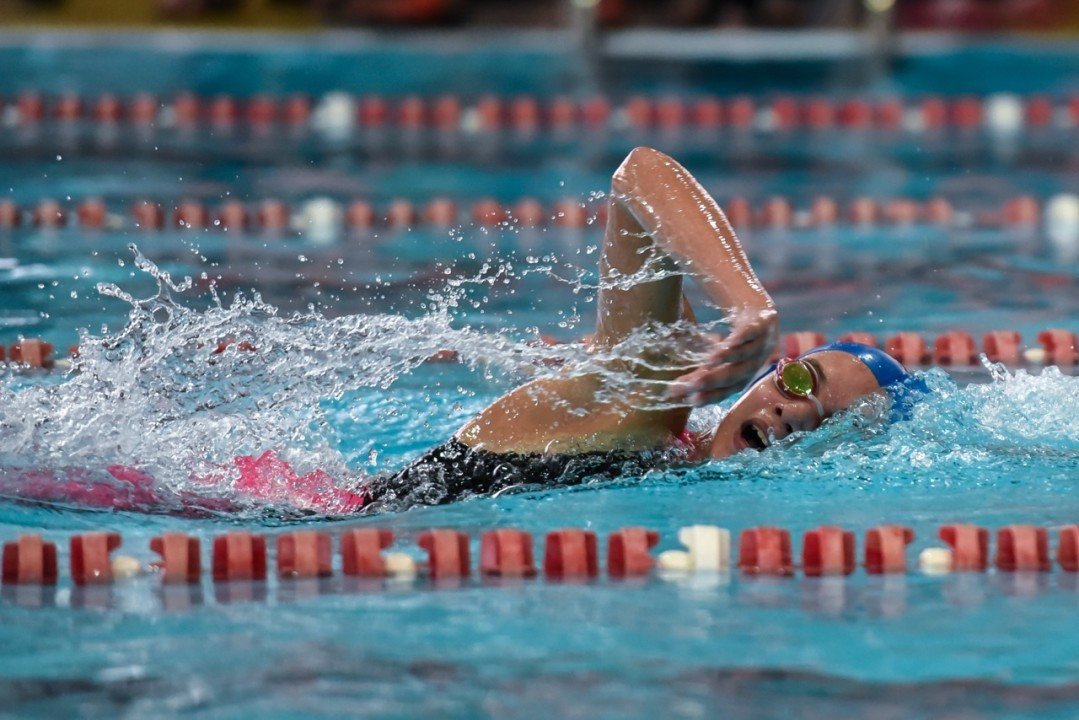 Marshall University's win over the University of Cincinnati came down to the very last event of the meet. The team of Lauren Cowher, Maggie Stovall, Gloriya Mavrova, and Chloe Parsemain took the final event of the meet, touching out Cincinnati by just over a second, and giving the Thundering Herd a meet win in dramatic fashion. The final score showed 126-117. Current photo via Peter Sukenik/www.petersukenik.com

Marshall University’s win over the University of Cincinnati came down to the very last event of the meet. The team of Lauren Cowher, Maggie Stovall, Gloriya Mavrova, and Chloe Parsemain took the final event of the meet, touching out Cincinnati by just over a second, and giving the Thundering Herd a meet win in dramatic fashion. The final score showed 126-117.

Marshall hosted a double dual against Cincinnati and the Virginia Military Institute on Friday. Most of the competition was between the Marshall Thundering Herd and the Cincinnati Bearcats. The Bearcats started out strong with a win in the 200 medley relay with the team of Lindsey Niehaus, Carlie Perretta, Iuliia Fedoreeva, and Jackie Keire. They finished a full second ahead of the Marshall team, which consisted of Carin Ingram, Alex Black, Chloe Parsemain, and Cowher.  Cincinnati then started their dominance in the free events, beginning with the 1000. Sara Wanasek took first in the 1000 free (10:21.06) and 500 free (5:04.16). She was joined by teammate and NCAA All-American Jacqueline Keire who took first in the 200 (1:5047) and 100 (50.56). Some other Bearcat event winners include: Tal Kidron (200 back, 2:03.89) and Perretta (200 breast, 2:22.18).

After the Marshall winning streak, the Bearcats and Herd traded wins through the rest of the meet. Going into the final race of the meet, Cincinnati was leading by 4 points. As Marshall head coach Bill Tramel  stated in a press release, “It came down to winner-take-all.” Both teams knew that the final relay would determine the winner of the whole meet. Mashall was able to pull ahead in the final seconds to take the win.

Although it was not a high point scoring meet for VMI, there were still some key swims of note. McKenzie Raber set her 5th school record in the 400 IM (5:03.35). She bested the 10 year old school record by over 16 seconds. Furthermore, Rebecca Serrano broke the 100 breast school record by .01, touching in 1:14.96

Next on the horizon for the teams:

Wagner is a stud!

Way to go Herd! Keep up the good work.