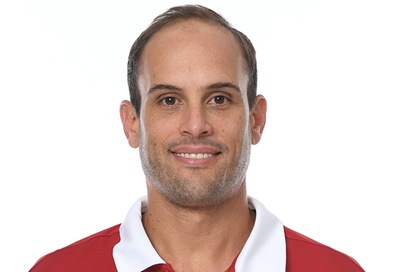 Former assistant Brad Langford has been named the new head coach of Centenary, replacing Butch Jordan, who will remain with the program as an assistant.

The announcements leave the upper ranks of Divison III scarce should any competition be happening around the country in the early winter sports season.

Catholic University has announced the hiring of Barton College head coach Tyler Ziegler, who will return to Catholic U, this time as head coach.

“We couldn’t be happier to welcome Mark back to our department,” notes Washington College Director of Athletics Thad Moore. “His passion for the sport speaks for itself and he will be a great mentor for our student-athletes.”

Hill served as an assistant coach for the Shoremen and Shorewomen from August 2005 to May 2007 under then head coach Kim Lessard, now the College’s Assistant Athletic Director, Senior Woman Administrator, and Aquatics Director. Hill’s wife Jessica and father Larry both graduated from Washington College in 2005 and 1964, respectively.

“I am very excited to be back at Washington College,” notes Hill. What initially drew me back was Kim Lessard, honestly. I have enjoyed working with her in the past and I think she will be a great administrator. We had success while I was there and I felt that we would be able to work together in similar ways again. I also look forward to getting back to an athletics department that has such a close-knit community. I felt really comfortable talking to Thad and I felt supported by the administration all the way through the interview process. Lastly, I met my wife at Washington College and my father went to Washington College. It feels like, in some capacity, Washington College has always been a part my life. I look forward to getting back to living on, and raising my family on, the beautiful Eastern Shore.”

“We want Washington College swimmers to experience a first-rate academic and athletic experience in order to create a lifetime of valuable lessons that will inspire them to live lives of purpose and passion,” states Hill, outlining a clear vision for the program. “Swimming fast starts with striving to be a productive member of the College community by successfully representing Washington College in the swimming pool, succeeding academically, serving the local community, and continuing to grow individually. Washington College swimming endeavors to help the student-athletes achieve these standards by using swimming as a medium to develop leadership abilities, poise, intellectual growth, and character.”

Hill’s time at Washington College helped kickstart a long and highly-successful tenure as a Division I assistant coach. He arrived at the University of Michigan as a volunteer assistant coach for the Wolverines’ men’s team in August 2009 and served in that role through the end of the 2011-12 season. He then became a full-time assistant coach and the head recruiter for both the Michigan men’s and women’s teams for four seasons. In addition to helping guide the men’s team to the 2013 NCAA Division I National Championship, Hill also won six consecutive Big Ten Men’s Swimming Championships (2011-2016) and the 2016 Big Ten Women’s Swimming Championship while an assistant coach at Michigan. The Wolverine men also finished third in Division I in 2015 and fourth in 2014. Hill helped coach Michigan swimmers to program records in 13 events, including the 2013 national championship-winning men’s 200-yard medley relay team.

Hill later served as an assistant coach and head recruiter for the Indiana University men’s and women’s swimming teams during the 2017-18 academic year, working with the mid-stroke and sprint groups. He helped guide the Hoosiers’ men’s program to the 2018 Big Ten Championship and a third-place finish at the NCAA Division I Championships and the women’s program to a second-place Big Ten Championships finish and an eighth-place NCAA Division I Championships finish. In Hill’s one season at Indiana, Hoosier swimmers broke 20 school records, four of them in American-record times.

Hill also has a lengthy coaching history in youth and high-level international swimming. He most recently served as a head age group coach for Loyola Blakefield Aquatics Club in Towson, Md. Between his stops at Michigan and Indiana, he spent one year as a head age group coach at Old Dominion Aquatic Club in Virginia Beach, Va. While at Michigan, he also served an assistant coach for Club Wolverine Elite Team, which hosted Olympic swimmers from around the world as they prepared for the 2012 and 2016 Olympic Games. Hill helped place 10 swimmers on their respective 2016 Olympic teams. Hill coached George Bovell (Trinidad & Tobago) to a seventh-place finish in the 50-meter freestyle at the 2012 Olympics and to a Bronze medal in the same event at the 2013 World Championships.

Hill swam collegiately at the University of Maryland, earning All-Atlantic Coast Conference (ACC) honors three times and winning five ACC Championship medals. He served as a team captain his senior season, was a two-time Team MVP, and was a four-time school-record holder. He was presented with the William R. Campbell Senior Award following his 2003-04 season. After completing his eligibility, he served as an undergraduate assistant coach for Maryland’s women’s swimming team, helping that team win the 2005 ACC Championship.

A five-time gold medalist at the 2003 Pan-American Maccabi Games, Hill qualified for and competed at the 2004 Olympic Trials in Long Beach, Calif.

Hill, 37, earned a Bachelor of Arts in English from Maryland in 2006. He holds an American Swimming Coaches Association (ASCA) Level 5 NCAA certification. He and his wife Jessica have two children, Sydney and Cameron.

Hill takes over the reigns of a program that produced 26 All-America performances between 1990 and 2011. He has his sights set on bringing Washington College swimmers back to the NCAA Division III Championships. “From a performance standpoint, we have a lot of room for growth and I expect that we will take a hold of the opportunity to improve. We want to get back to a place where we are consistently competitive in the conference and competitive at the NCAA Championships by consistently sending swimmers there. Washington College has a lot to offer and we will be ramping up our recruiting efforts in the next year to help with that. We will also introduce many new training elements that I believe will give us a great edge. We have an amazing Sports Performance department. I am excited to be working with [Assistant to the Athletic Director for Sports Performance Program & Campus Recreation] Jonnie Jenkins; philosophically, we have so much in common. I coached his wife, Kelsey at Washington College, so he understands swimming and I expect the team to get both faster and more athletic.”

U didnt mention anything about what happened between him and Caitlin

Wow, that happened so long ago. It’s been like 5 years

You should move on from that

Only happened a year and half a go. Ask Ray

If Wisconsin can forgive Trevor we should forgive Mark

Do you care to provide specifics? I’d hate to see people jump to conclusions as to what you might be referring to. Google yielded nothing

Talk about making a mountain out of a mole hill

Can you please expand on that a bit? I’d hate for people to jump to conclusions