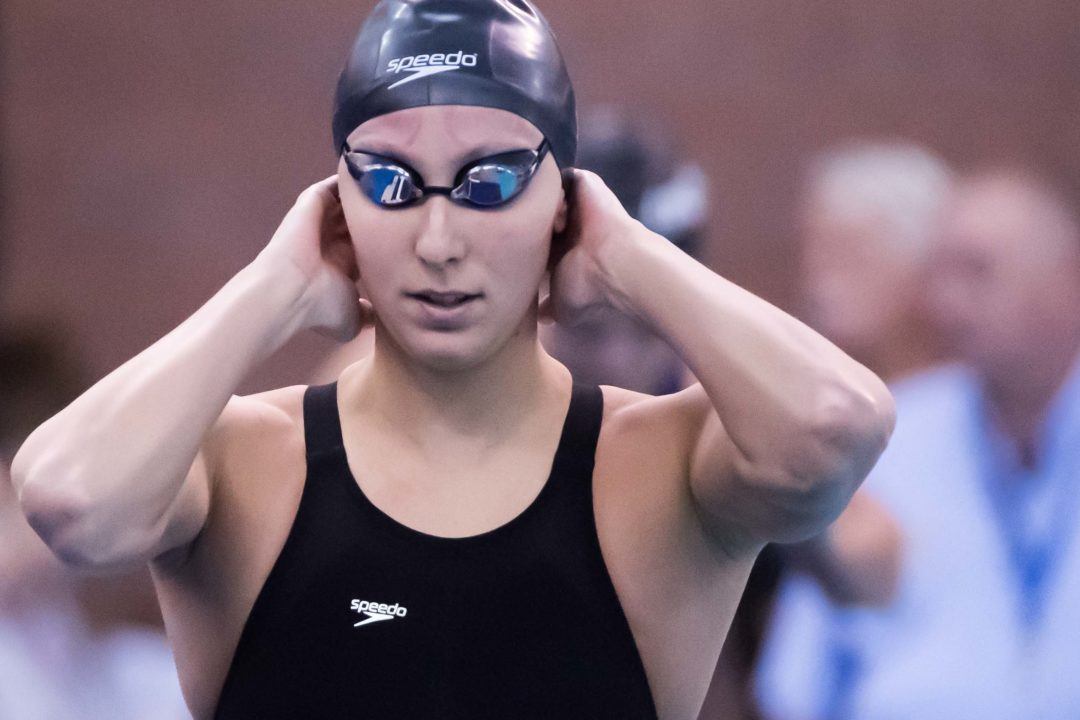 3-time NCAA sprint champion Margo Geer is the latest beneficiary of the “Coley Stickels” effect. The 25-year old swam a 53.76 on Friday morning to qualify 1st for the final of the women’s 100 free at the Arena Pro Swim Series meet in Austin. That time is a new lifetime best for Geer, and puts her 6th in the world in the 2017-2018 long course season. Her previous best time was a 53.95 done in July of 2015.

After swimming on 4 relays at the 2015 World Championships (including a best split of 53.12 on a rolling start – 2nd-best among Americans), Geer didn’t final at the 2016 Olympic Trials, hampered by a nagging shoulder injury. She then took some time away from swimming after the Olympic Trials, and while she did race at the 2017 U.S. Open, she skipped the World Championship Trials in June.

Since her last long course race, Geer made the switch from Tucson Ford Aquatics, the age group and post-graduate group affiliated with her university team at the University of Arizona, to joining Indiana University’s new sprint coach Coley Stickels in Bloomington. Early returns were positive, as she swam 21.72 in the 50 free and 47.50 in the 100 free. The breakthrough came on Friday morning, though, where she swam the new personal best in just prelims.

Geer is the latest product of Stickels’ sprint methodologies. In 2012, he coached Keaton Blovad to be the youngest swimmer at the Olympic Trials. He then coached Abbey Weitzeil to a new American Record before she went off to Cal.

Geer is the latest breakout of the on-fire Indiana post-graduate group that is the hottest in the country right now. She, along with most of the rest of the group, are representing Mission Viejo now, though they continue to train at Indiana. Amanda Kendall won the 100 fly on Thursday evening also out of that group, while the distance swimmers Ashley Neidigh and Zane Grothe will begin their big races with the 800 free on Friday afternoon.

With Simone Manuel and Mallory Comerford trading American Records in the 100 free last summer, and Geer appearing to be starting her 2nd act, the Americans in a few short years have gone from struggling to the best in the world. 2019 against a full-strength Australian squad will be the best test – the Americans won gold in Budapest this summer, but Australia was without superstar Cate Campbell.

Great article. Go Margo, go!! (Rankings have the wrong time, but no need to change until she goes even faster tonight!)

This makes me so happy. She is an absolute gem!

Margo is a fantastic person and swimmer. As the superintendent of her high school district, I couldn’t be more proud.