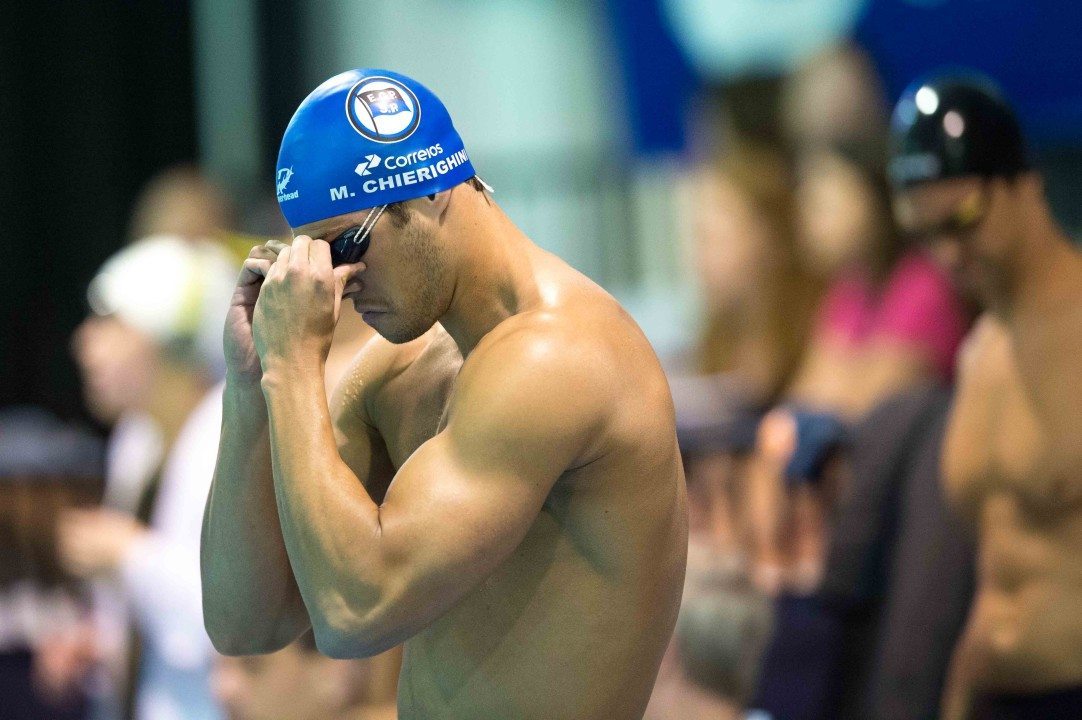 Marcelo Chierighini won a tight 100 free battle to highlight the final night of the 2015 Jose Finkel Trophy in Brazil.

Chierighini blasted a 48.43 to win that race, just two tenths off what he went at the World Championships earlier this month. Chierighini’s time is a new Jose Finkel meet record.

Another highlight race of night 6 was the men’s 50 breast, with Joao Luiz Gomes Junior beating out a pair of big names for the titles. Gomes was 27.03, breaking the meet record and beating national record-holder Felipe Silva (27.13) and Felipe Lima (27.40).

Also breaking a meet record was Duane da Rocha in the women’s 200 back. Da Rocha was 2:12.49 to win that race by more than four seconds. Da Rocha was just about half a second off the national and South American records as well.

The women’s 400 medley relay from Minas broke the final meet record of the night, going 4:06.78. That team was made up of Tatiana Adorno, Australian Taylor McKeown, Daiane Dias and Daiane Becker. McKeown was a big split for the team, going 1:06.4 on her breaststroke leg.

What do you mean FORMER world record holder????

Sorry to rain on your parade but the author of this article is guilty of NOT fact-checking. McKeown’s split was NOT 1.06.40 but rather 1.07.32 (essentially on par with her Kazan effort). She went out in 31.47 but died badly 35.85 coming home but this would not have shown up in this competition.

She certainly has the capacity for a 1.06 low relay split but the key issue is whether she has the mental toughness to cope with the highest level of competition. Her opening 100 heat swim was impressive but every swim from then on in Kazan became progressively worse ….. and she appeared “tighter” and tenser with every media interview. Here’s hoping this is something she can overcome.