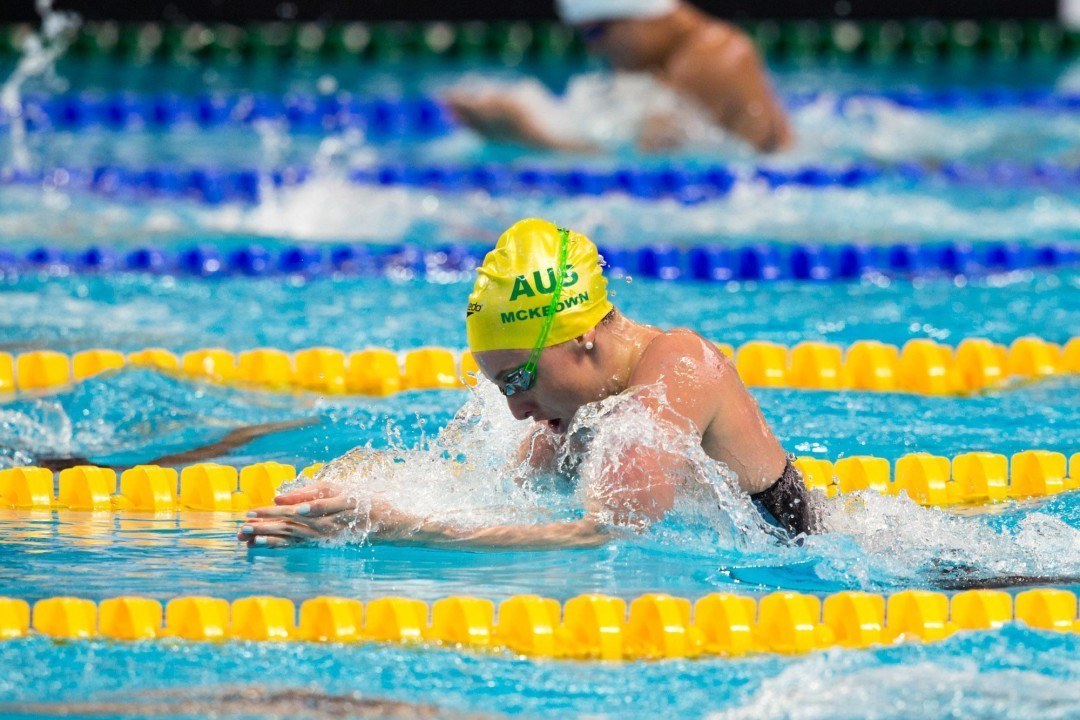 McKeown won the night’s opening event, going 2:13.25 to run away with the 200 IM title over Brazil’s Joanna Maranhao. McKeown is competing for the Fiat/Minas club, per the Brazilian tradition of local teams pulling in an international star or two to help boost them in the team standings.

Corinthians’ de Deus dominated the men’s 400 free by about four seconds, going 3:50.81. His teammate Joao Amorim was second in a 1-2 sweep for Corinthians.

The SESI club got some great production from their female sprinters, with Daynara de Paula and Etiene Medeiros combining to sweep the 50 fly and 50 back. De Paula won the butterfly event, going 26.45, and Medeiros took the back in 28.05, missing the meet record by just hundredths.

Unisanta’s Nicholas dos Santos won the men’s 50 fly, just missing his own meet record with a 23.00.