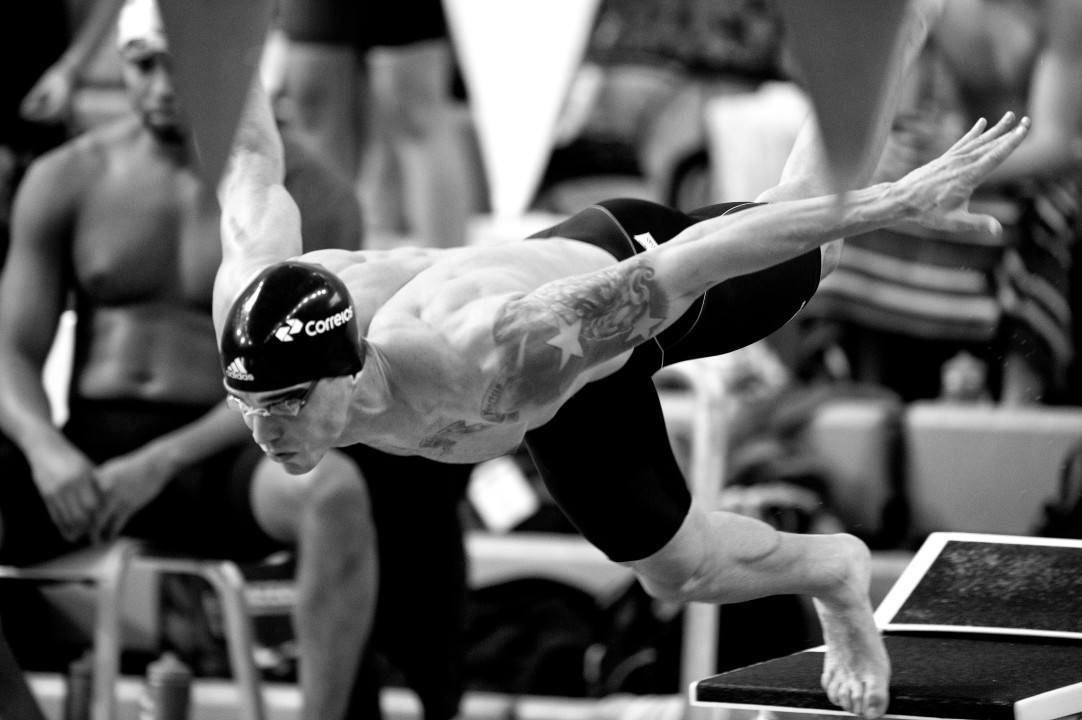 After the third day of competition at the 2015 Jose Finkel Trophy in Sao Paulo, Brazil, the team point standings remain relatively close.  Minas Tenis is still hanging on to first place with 1115 points, but Corinthians and Pinheiros are close behind with 904 and 883 points, respectively.

Etiene Medeiros, who sat out the women’s 100m backstroke earlier in the meet, broke through with the win in the 50m freestyle tonight, topping the field in a time of 25.18.  That finish was just .07 of a second faster than a charging Graciele Hermann who touched in 25.25 for silver.

The men’s 50m freestyle final saw 2015 FINA World Championships bronze medalist, Bruno Fratus take the win, registering the only sub-22 time of the night.  Fratus’ 21.89 claimed the top prize, while Italo Duarte finished in second place with his outing of 22.14.  Rising star Matheus Santana clocked a 22.22 for his efforts to earn the third spot on the podium.

Of his result in the race, Fratus said it “gives confidence and shows that I am on the right track.  I”m happy to win and add points to Pinheiros.”

One of two meet records to fall on the night went to a non-Brazilian competitor.  Australian Leah Neale, representing Minas Tenis, swam her way to a new mark in the women’s 800m freestyle, finishing in 8:38.31 for the win.  Her time surpassed the previous record of 8:40.05 that’s been on the books since 2009. Neale won the event by almost four full seconds to top the podium tonight.

The other meet record came in the form of the women’s 4x200m freestyle race.  Manuella Lyrio, Joanna Maranhao, Aline Rodrigues and Larissa Oliveira combined to establish a time of 8:05.60 to not only demolish the rest of the field, but to write themselves into the meet’s history books with a brand new record.

21.89 once again this guy amazes me with his consistency he’s been beneath 22 seconds in every major meet barring the 2014 South American games and even then he was a 22.12, Brazil has a bright future in sprint when Cielo retires.

I lov the Brazilians news