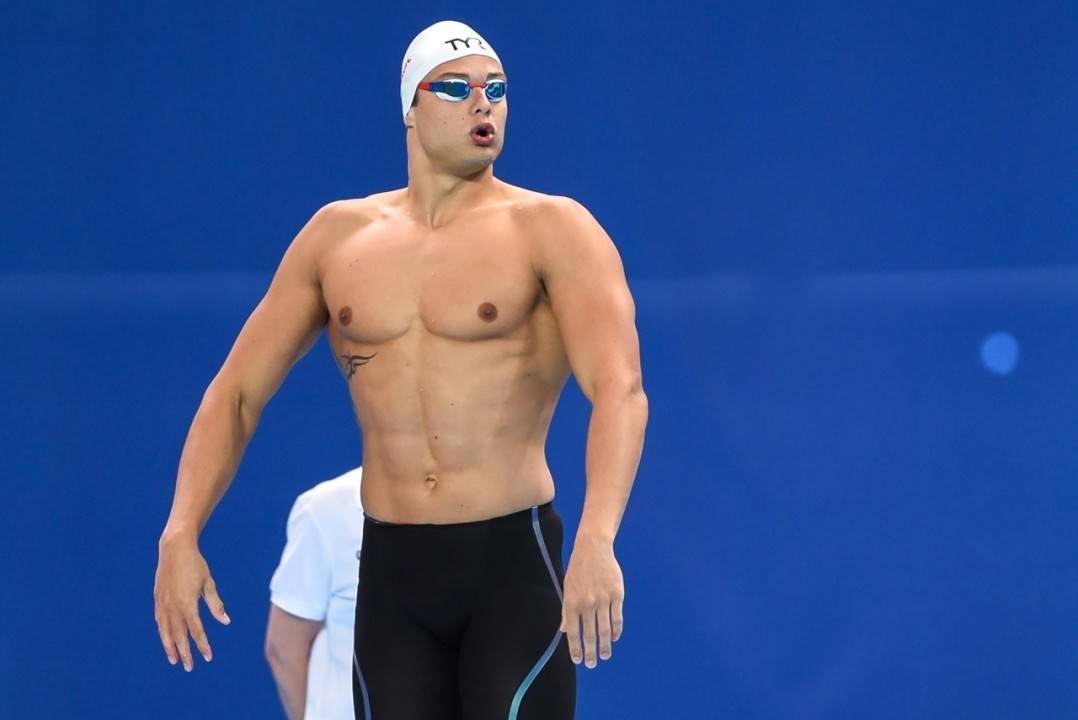 Florent Manaudou and his teammates from CN Marseille were in Courbevoie over the weekend. Archive photo via Peter Sukenik/www.petersukenik.com

French sprinter Florent Manaudou and his teammates from the Cercle des Nageurs de Marseille (CNM) put in an appearance at the “4e Meeting Olympique de Courbevoie MOC 2016” in a suburb of Paris over the weekend. This is the penultimate tune-up competition for the Marseille sprinters before they head to Montpellier for French Olympic Trials at the end of March. Two weeks from now they will appear at the third and final leg of the 2016 FFN Golden Tour Camille Muffat in their home pool in Marseille.

Manaudou, known primarily as a 50m sprint specialist (he won the LCM 50 free and 50 fly in Kazan in August 2015, and the SCM 50 free and 50 back in Doha in December 2014), finally decided to add the 100 free to his repertoire for Olympic Trials after putting up a world leading 47.98 in Nîmes last December. His goal is become the first swimmer since Russia’s Alexander Popov to achieve the feat of winning both the 50 and 100 freestyles at the same Olympic Games (Popov did it in both 1992 and 1996).

Not sure where to put this – but Hagino just went:

Deserves an article. Braden? Anyone?

hkswimmer – lots of coverage of this swim, including video, on our Asia Channel here: http://swimswam.com/news/international/asia/

Yes Dee. And with yet a little more effort in the weight room, he can even aspire to the title of Mr Universe one day.

Manaudou is the definition of the perfect athletic specimen.