How to Make An Olympic Team: Don’t Be ‘That Guy’ in a Final 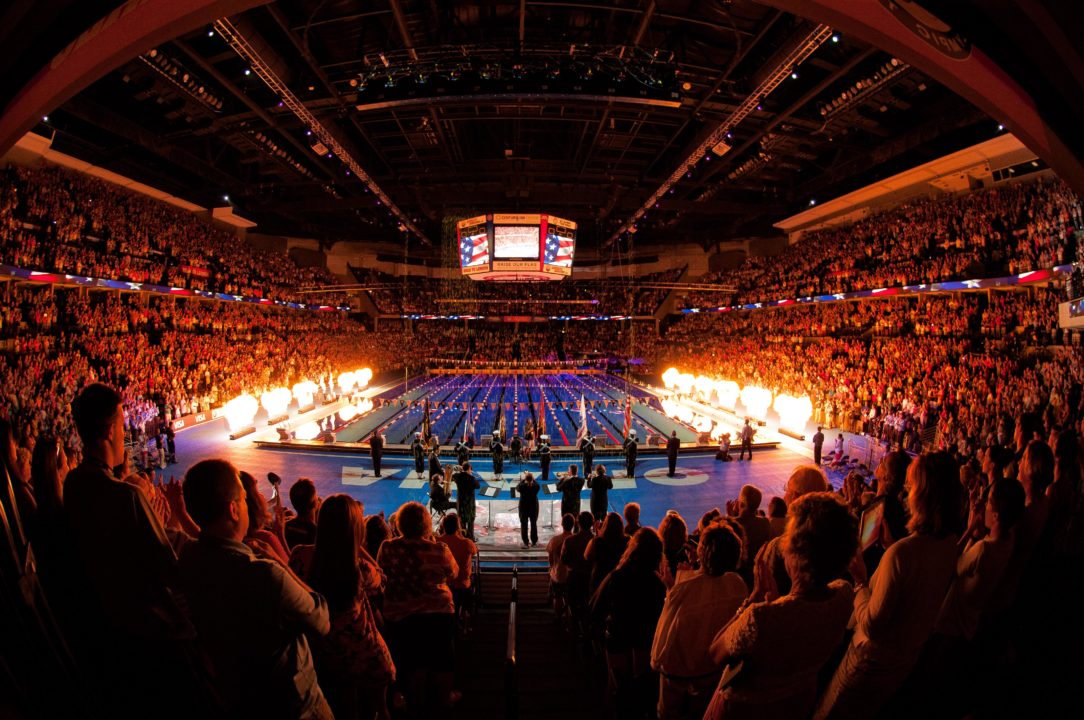 The most robust path to an Olympic Team is as a member of a free relay. Instead of the top 2... Current photo via Mike Lewis/Ola Vista Photography

The most robust path to an Olympic Team is as a member of a free relay. Instead of the top 2 finishers, the top 6 (usually) qualify in the 100 and 200 free. In those events, simply making a final gives a swimmer an excellent chance to get on the team.

A Most Eloquent Hypothesis

SwimSwam co-founder Mel Stewart has a way to describe how to make an Olympic team once one qualifies for an Olympic Trials final, but since that description isn’t exactly fit for printing, we’ll relate it thusly: “Once you made a final, all you have to do is beat 2 people. There’s always a swimmer or two who shows up in an Olympic Trials final and doesn’t perform in all events. In a 100 and 200 free final, just don’t let yourself be the one who doesn’t show up for the final, and you’re in good shape.”

Note that Mel’s expertise and vision of the goal derives from the fact that he did all of his international damage individually as a butterflier, but also has an Olympic and World Championship medal as part of American 800 free relays.

While a swimmer’s seed going into finals is highly correlated with their final place (only 1 top 2 seed finished 7th or 8th), it is not predictive of how well swimmers performs in finals. The median 8th seeded men’s swimmer out-improved the median swimmer in every other place. However, final place was highly correlated with how a swimmer performed in finals. The medians of how a swimmer’s time improved from qualifying almost uniformly increase from 1st to 8th for both men and women. Here’s the full list of swimmer’s median improvement in finals from their seed time sorted by both their place in finals and their seeded place in finals (i.e. male swimmers who placed 1st dropped a median of -1.1%, whereas male swimmers seeded 1st entering finals dropped -.1%) (negative means a swimmer got faster).

Here’s a look at how the final time changes from seed are distributed: The gaps between seed times entering finals are usually much closer than the spread in the final times. Here are the median time gaps between finals  times and finals seed times in the last 4 Olympic Trials:

The difference between swimmers seed times is usually much less than the typical marginal time changes. In the 100 and 200 free, this means that any swimmer that qualifies for the final can expect to make the Olympic Team by performing reasonably well.  Even if they are seeded outside the top 6, usually someone else will add time and drop places. They just need to avoid being the swimmer who adds time.

Here’s an even better way to make the Oly,pic team in a relay. Finish tied for ninth (48.89) after the semifinals swims, thus missing the final by one spot. Have one of the 8 finalists drop out. Participate in a swim-off for the now-opened up 8th slot. Win the swim off in a slower time (49.01 to 49.10). Swim the final and finish fourth in 48.4 — thus making the team. Swim the 4×100 free relay prelims at Olympics in world-record time. Get bumped from the finals by a bigger name (and faster) swimmer. Win gold medal as a prelim swimmer. This how Nathan Adrian did it in 2008. He tied with Alex Righi for 9th with a time of… Read more »

It’s a little controversial that prelims only swimmers get medals. The 6th fastest American will almost always win a medal, often Olympic gold, without being able to qualify for an individual finals race

How is that controversial? If you only play the first quarter in the super bowl, you still get a ring for your contribution to the team.Every major sport has has two players for one position

You always get situations where someone like Tyler Clary pulls a rabbit out of a hat to win a gold medal in London. He got the same prize as Charlie Houchin (who was a good swimmer – but let’s face it, there are much faster 200 freestylers who will never have Olympic Medalist on their CV

Life sucks and then you die. It happens.

Agree with Don. Relays are the closest thing to a team sport we get in swimming, and prelim swimmers have to do the work to get the relay into finals. (We all know what happened last year with the US men’s 4×100 free relay…) Also, they don’t get the honor of standing on the podium to receive their medal.

I had to read to the end to confirm that this scenario had nothing to do with lane rope colors.

Just so you know, there are team sports members who never get to see the pitch or get on the floor or jump into the water (W.Polo), and yet they get to get the medal, and they get to be on the podium. They are part of the team!! They contrebuted in one way or another to bringing their team to the podium!! and they deserve to get the medal and be up there!! This is the nature of team sport….. So, relay swimmers deserve the medal and you know what I am convinced that they deserve to be on the podium. You will see, just like competition organizers realized and decided to give the reserves a medal, so they… Read more »