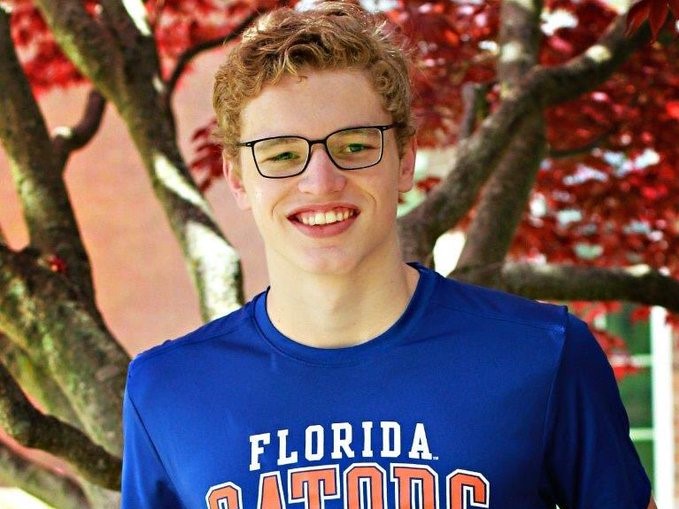 McDuff is a rising sophomore at Florida and has now dropped almost a full two seconds in the 100 free over the last year. Archive photo via Macguire McDuff (Twitter)

Highlighting night 2 of Cary Futures was Macguire McDuff who won the men’s 100 free in a 49.06. McDuff, a rising sophomore at Florida, had a previous best time of 49.66 which he swam in April at US International Team Trials to finish 14th. Notably, McDuff has dropped almost two seconds in the event over the last year as he swam a 50.98 last summer. Finishing behind McDuff in the event was Michael Cotter of TAC Titans who touched in a 49.65 who had a previous best time of 49.98.

Winnign the men’s 100 back was Matt Menke who touched in a 55.20, winning the event by over a second. Menke will be a senior this fall for Alabama. This past season, he finished ninth at NCAAs in the SCY version of the event.

After finishing second in the 200 free on night 1, Addison Sauickie of Sarasota Sharks won the women’s 100 free in a 55.66, winning the event by almost a full second.