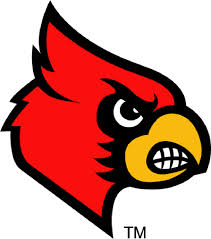 The University of Louisville has dismissed three men's soccer players who organized a party that caused multiple Louisville sports to pause workouts. Stock photo via Louisville

The University of Louisville has dismissed three men’s soccer players who organized a party that caused multiple Louisville sports to temporarily pause workouts.

Louisville says it has removed three players from the team and suspended three more. Members of the men’s soccer, women’s soccer, field hockey, and volleyball teams tested positive for COVID-19 after a party the school says the three men’s soccer players hosted.

“The three student-athletes being dismissed have each had prior team violations and were primarily responsible for organizing a party on Saturday,” Louisville’s press release reads. Soccer coach John Michael Hayden said he was “extremely disappointed” in the young men.

The four programs that had athletes test positive had their workouts temporarily paused. The release says those athletes and others are “part of a quarantine after contact tracing.”

Swimming & Diving was not named in the press release. The Cardinal swimmers had just returned from a two-week pause in their summer voluntary activities after three team members tested positive last month. That halting of activities ran two weeks, from July 18 to August 1.

One of the soccer players who was dismissed made a public statement on Twitter. Cameron Wheeler said he and five other soccer players are roommates, and invited one other student-athlete (who Wheeler says had “just tested negative for COVID) to come to their house. Wheeler says other uninvited student-athletes started coming over, and that he and his roommates “tried shutting it down and getting people to leave, but it took over an hour.”

Wheeler disputes the school’s statement that said he “had prior team violations.” His full statement is below:

My statement regarding my recent dismissal from the U of L soccer team. pic.twitter.com/bG1SxiBgp7

The dismissals and pauses in training come as multiple colleges and conferences have either canceled or postponed their fall sports. Louisville competes in the ACC, which is still planning to keep fall sports on schedule, but both the Big Ten and Pac-12 have postponed fall sports, with the Pac-12 postponing all sports – including swimming – to at least January 1.

Damn didn’t realize most gated communities didn’t have doors and locks, sorry for your loss kid

Is there a safe way for college kids to get some of that partying in this year? Small out door tail gates with the same friends? Drinking with your friends at a fire? Drinking through straws with masks on?