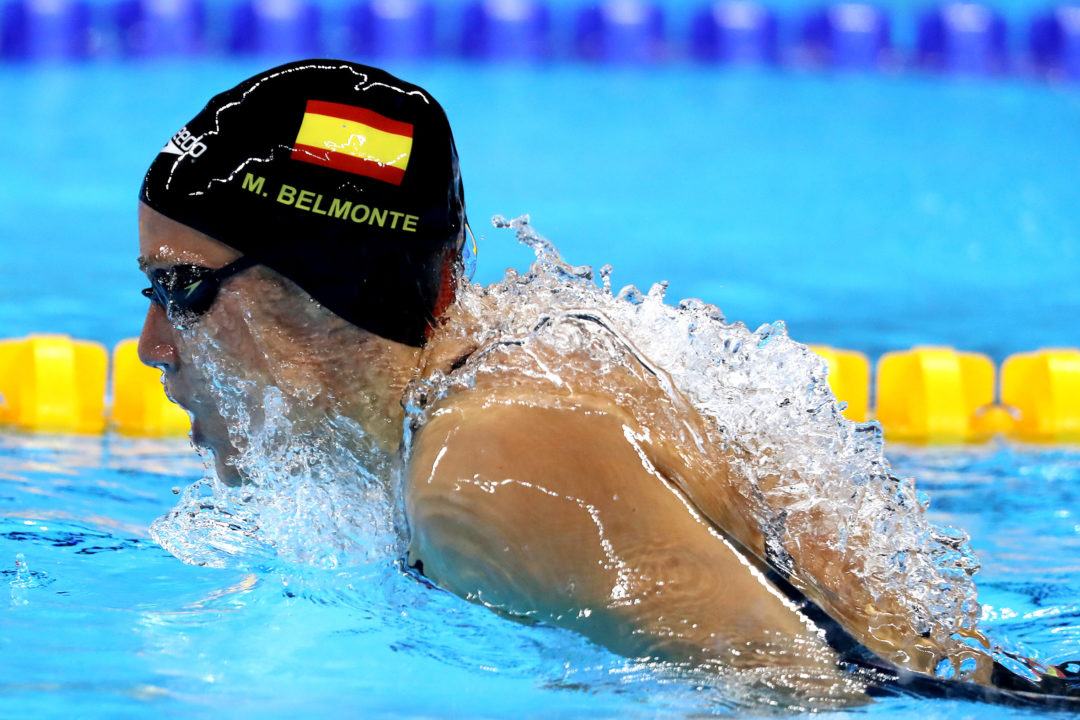 On the heels of yesterday's unveiling by London Roar of Canadian Sydney Pickrem and Russian Kirill Prigoda, the Adam Peaty-led powerhouse of talent has just signed on Spanish Olympic icon Mireia Belmonte.

The race is on between International Swimming League (ISL) squads London Roar and Iron Swim Budapest, as each team keeps announcing huge additions to their line-ups for the inaugural season.

On the heels of yesterday’s unveiling by London Roar of Canadian Sydney Pickrem and Russian Kirill Prigoda, the Adam Peaty-led powerhouse of talent has just signed on Spanish Olympic icon Mireia Belmonte. A versatile mainstay on the racing scene, Belmonte has the potential to do damage on any number of levels, especially after having taken a break to tend to issues both physical and mental.

As we reported earlier this year, the 28-year-old suffered bouts of dizziness, an ankle injury and other health problems and chose to follow the recommendation of her doctor to use last year as a time to finally get her health back on track.

Her French coach Fred Vergnoux told Spanish media recently, “Mireia has returned happy after the transition phase that we had planned after the summer, she trains very well. It is Mireia that we like to see everyone and me in particular, so involved.”

Belmonte competed at the FFN Golden Tour last weekend in Marseille, where the 200m fly Olympic gold medalist produced the 2nd fastest 800m freestyle time in the world this season.

What is the process for signing up swimmers? Any team can sign anyone? Or most all have equal opportunity? While many aspects of ISL are exciting it seems 2 teams are signing ask the swimmers while the other 6? have little or no one, Do the other 6 even have a home base and any structure yet? Will year 1 end up an all star dual meet between 2 teams?

There will probably be 4-5 teams in Europe (Energy Standard, Team Iron, London Roar, ONEflow(?) and a Team in Rome. The Rome team (Frederica Pellegrini’s team) will probably be almost only Italian swimmers.

There has been too many versions of the number of teams in ISL. Some said 6/6, some said 4/4 and now It’s also likely to be 5/3 or even 5/2? I wonder whether ISL itself has decided on that, especially on the US side.

Or maybe they cancelled ONEflow and replaced it by the Italian team? Otherwise I can’t see why ONEflow hasn’t announced any one yet. There are not too many big names left for choice.

From what we’re hearing, the German team is not going to happen. There are definitely still 4 American teams in play, from what we understand. No idea what the delay is in announcing them.

Similar to free agency periods or expansion drafts in pro hockey and other sports, shouldn’t the actual number and location of teams be established ‘before’ the ‘players’ are eligible to be drafted or signed or committed? While it’s somewhat interesting the daily ‘new commits’ to team iron and team roar, would like to think there’s a bit of parity or opportunity for all teams to get the stars. Ie. “Today the women Sprint freestylers are drafted or signed: C1 to roar, Manuel to US #1, Oleksiak to US #2, Sjostrom to Iron, etc etc…”

London Team seems to have stolen a march on the rest of the world getting names signed up.

wich is the name of the app of chinesse results?

I’m wondering what Miss. Efimova is waiting for. Is she hoping for invitation from American team, from the beloved by her sunny California, the land where her name is popular in the media more than anywhere else?
What is actually the stand of ISL on dropping issue. Do they follow FINA’s regulations, decisions, bans in this regard? Or they have developed their own code.
It would be nice if SwSw provides more information (if it has one) on ISL’s inworkng.

Pretty sure ISL have said multiple times they will *not* under any circumstance be inviting athletes who have doping convictions to compete.

So there should be some clause about contract termination that specifies that there would be no temporary suspensions and no opportunities to appeal. If FINA bans a swimmer then this swimmer is losing automatically the contract with ISL if he/she had one. Quite a powerful tool in the hands of FINA.
Has anybody seen how the ISL’s contract looks like besides those who signed it? I’m more curious to see it then to watch ISL SC meets at the end of the year.
Are those contracts for one season only and have to be renewed each year or they for the Olympic cycle or they have no expiration date? Why is it so little transparency about ISL besides… Read more »

Efimova will not get an invitation. No one who has been suspended for doping will be allowed to compete in the ISL.

I’m pretty sure anyone who has had a doping ban can’t swim in the ISL. One thing is certain, she won’t show up on Energy Standard’s roster.