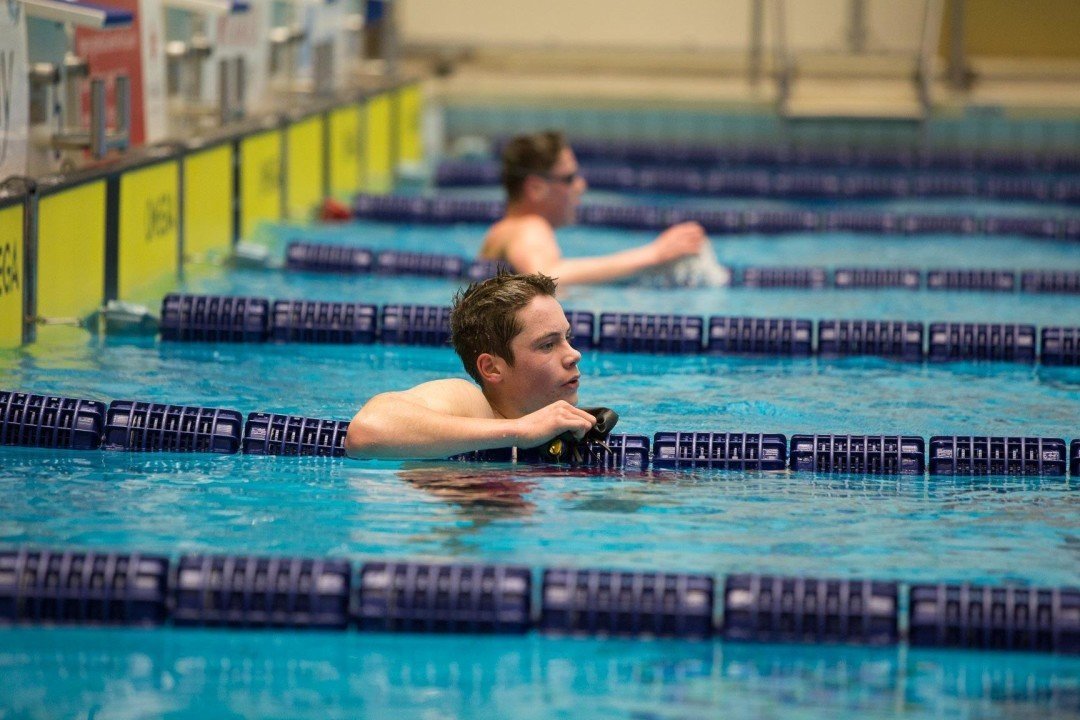 Things were pretty tight at the 2500m mark, with the top 20 or so swimmers all relatively bunched up behind Fontaine. The French 17-year-old made a big push for a sizable lead at the 5000m mark, and ran away with this one.

After Fontaine, two American boys finished for silver and bronze. Michael Brinegar (1:26:54.2) followed up for silver, with Simon Lamar right behind him at 1:26:56.1 for bronze. Both boys are 16 still. Australia’s Bailey Armstrong was 4th, though he was 3rd at the 5000m mark. Brinegar, in 4th at 5000m, made a big push and blew past Armstrong and Lamar for the silver.