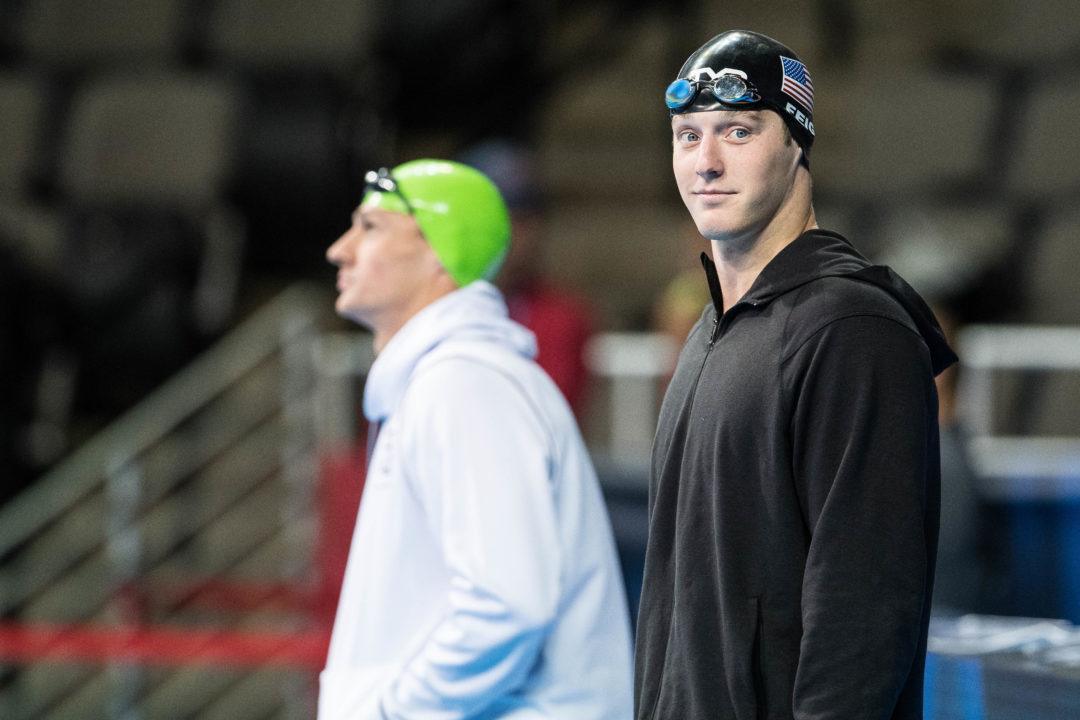 There was no prelims session on Sunday morning, the final day of the 2016 U.S. Olympic Trials, with just the finals of the women’s 50 and men’s 1500 freestyle to go in the evening session. But even without any formal qualification racing, there was still an intriguing battle going down in the CenturyLink Center: a time trial in the men’s 100 freestyle among several potential relay participants for Rio.

While there is nothing binding about the race for either National Team Director Frank Busch or men’s head Olympic coach Bob Bowman, the Americans might need the help of some of the participants at the Olympic Games to avoid the disaster that struck at last year’s World Championships, when Team USA failed to even push through to the finals.

While Michael Phelps was absent, Jimmy Feigen swam a 48.68 in the 100 free, which came close to the 48.57 that he swam for 5th-place in the event final; and Ryan Lochte swam a 49.84, which is well short of the 49.13 that he swam in prelims of the event before ultimately scratching out of the semi-finals.

Feigen and Lochte train together at SwimMAC Carolina under the ultimate leadership of David Marsh – head U.S. Women’s Olympic Team coach for swimming.

Also not surprising Phelps didn’t swim, didn’t seem like there was a ton of upside for him there.

Where were Phelps and Conger?

Phelps gets automatic placement, being the goat and all

That’s a good question, for Conger. I think he could throw down a 48 low and put himself in consideration for swimming the relay – but, if you don’t show up, you won’t be considered. Not sure why this didn’t cross his mind (or the minds of his coaches at UT and NCAP).

For Phelps without question it’s better for his individual races if he does not swim the 100/200 free relays unless there’s nothing else going on that night for him.

So that settles it. Lochte is not going to swim the relay. It’s always better to know who is in good enough shape to make the relay team go faster. Trying to guess what shape the swimmers are in is a fools game. Phelps should concentrate on his other events.

I wonder if that’s what Phelps has decided to do. With 3 individual events and the medley relay, a lot for a 31 yr old.

Gosh, when I was 31 I had so much energy? Were you feeling terribly unfit at the age of 31? Maybe you should see a doctor?

Were you swimming multiple prelim semi and final races going for gold at 31? When? Mexico City? Get outta here