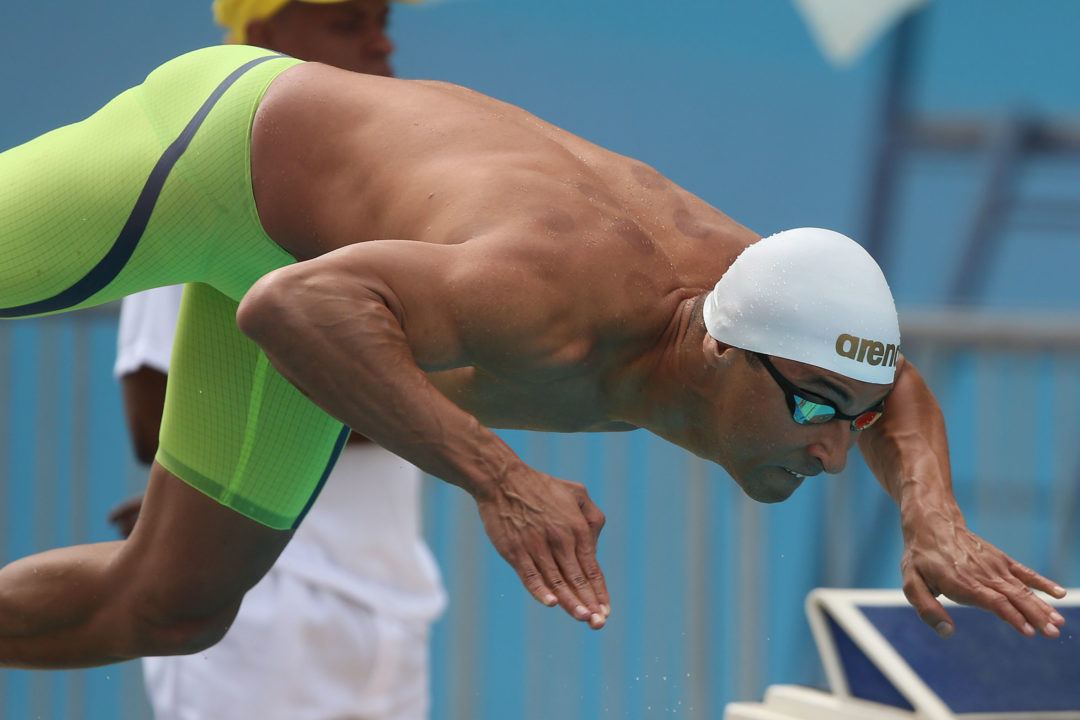 Felipe Lima put up the top time in the world this season in the 50 breast, winning the South American Championships in 27.12. Archive photo via Satiro Sodre/SS Press

Felipe Lima put up the top time in the world this season in the 50 breast, winning the South American Championships in 27.12.

That time won by three tenths, as the Brazilian Lima topped Paraguay’s Renato Prono (27.44). We’re still very early in a season that has been more short course-focused, but Lima is now two-tenths faster than former world leader Michael Houlie of South Africa. Lima was the 2016 Short Course Worlds bronze medalist in the 50 breast, and looks in good shape to contend for another medal in the 2018 edition next month.

The other highly-ranked time worldwide came in the women’s 50 breast. Brazil’s Jhennifer Conceicao went 31.29, which sits #2 in the world ranks for this season, behind a 30.43 from Yulia Efimova.

Argentina’s women swept the other two women’s events. Delfina Pignatiello added the 400 free to her win total this week after taking the 200 free on day 1. She was 4:11.95, well off her best but a good four-and-a-half ahead of the field. Andrea Berrino won the 200 back in 2:13.83, her second win of the week as well.