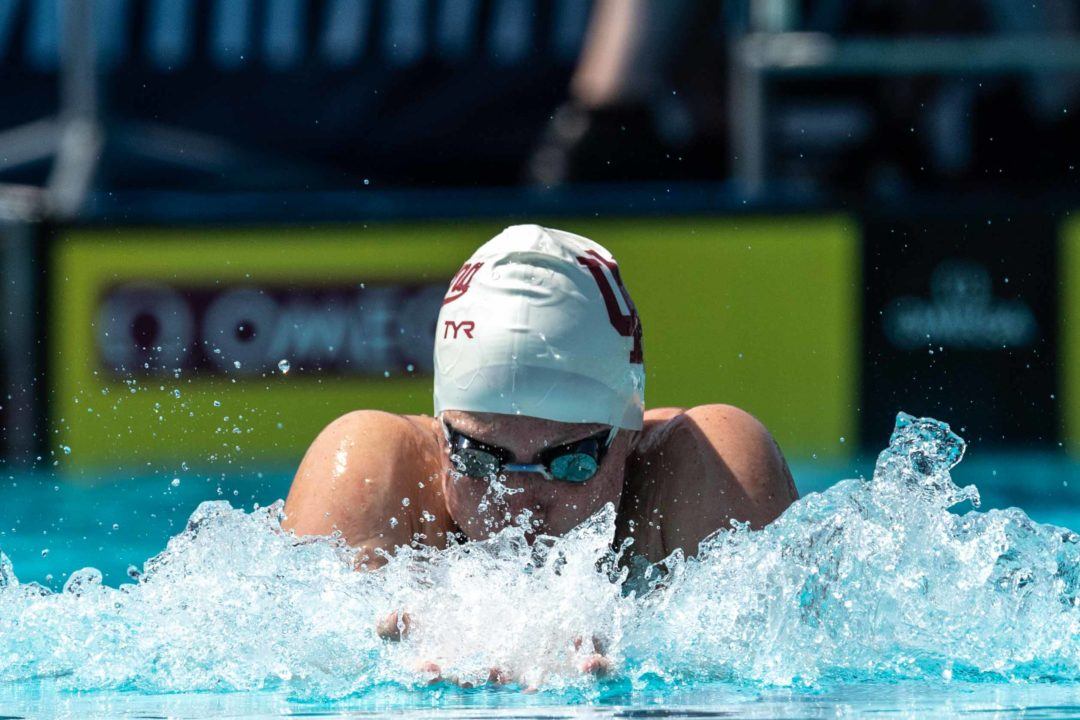 Lilly King closed her 200 breast preliminary in a blazing 29.59, faster than she did in the 100 final last night. Archive photo via Mike Lewis/Ola Vista Photography

In this morning’s prelims at the IU Invitational in Bloomington, Indiana senior Lilly King took the top seed in the women’s 200 breast by almost two seconds in 2:07.45.

That wasn’t a surprise at all, but her splitting certainly raised a few eyebrows. Of all eight finalists, the American Record holder was the slowest through 150 yards (1:37.86), but then closed in 29.59, well over three seconds faster than anyone else in the field. As a point of reference, in King’s 100 breast win last night (where she swam the 3rd-fastest time ever), she closed in 30.03.

King had actually let her intentions known last night in an interview after her 100 breast, saying “my plan in the morning is I’m going to go really slow on the first 150 and then try and break 30 on the last 50”. Watch the interview below:

The three-time defending NCAA champion in both breaststroke events, King’s American Record in the 200 stands at 2:02.60 from NCAAs in March, while her fastest ever swim this early in the season was a 2:05.64 from the 2016 College Challenge. Last season at the Purdue Invite she was only a 2:10.99.

Please tell me someone has video

Showing off. And unnecessary.
This is what we call overplaying your hand.