Lilly King Gets A Gift From Russia 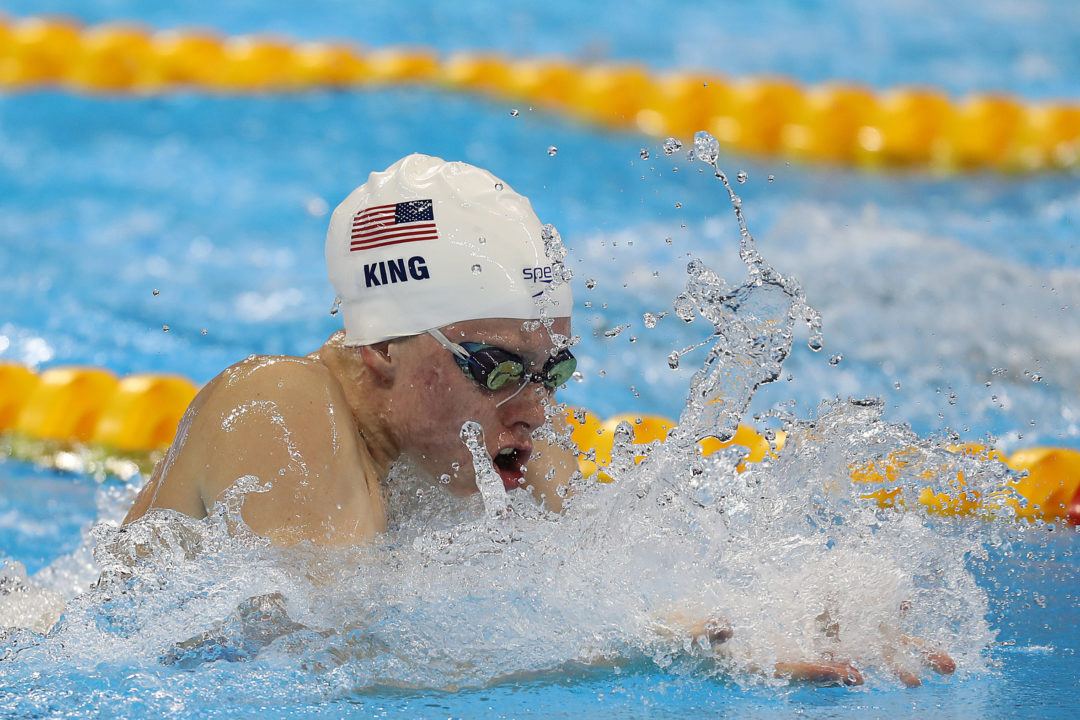 American swimmer Lilly King has received a present from one of her Russian supporters – a traditional Russian Ushanka, emblazoned... Current photo via Simone Castrovillari

American swimmer Lilly King has received a present from one of her Russian supporters – a traditional Russian Ushanka, emblazoned with the red star, hammer, and sickle, typically symbolic of a communism. Her coach Ray Looze posted a photo of the gift on Instagram.

King is known to have a grudge against Russia’s Yulia Efimova, who has failed two doping tests. The first one earned her a 16-month ban and had her stripped of a World Record. Back in 2016, Efimova was allowed to compete in Rio following a last ditch appeal after she tested positive for the now-banned substance Meldonium.

At the 2016 Rio Olympics, King had some choice words in her interviews for her Russian opponent, and made a now-iconic finger-wagging motion when she denied Efimova gold in the 100.

King was waiting in the ready room for her second semifinal, made eye contact with Eflmova, then sparred back with a finger shake and a fierce glare of her own. Later after claiming the top seed for finals, King unloaded on Efimova during a post-race interview.

King said “you’re shaking your finger “No. 1″ and you’ve been caught for drug cheating. I’m not a fan”.

Given King’s past history with Russia, whose citizens scorned her actions in Rio, she was not too thrilled to receive the Ushanka-hat.

King commented on the post saying, “It’s bugged. We must dispose of it properly….”.

I would autograph it and return it to sender. Just tossing it in a lake is also an option. ?

If she accepts this, does she lose her amateur status?

The true test of character will be when King is no longer at her peak and consistently losing her bread and butter 100 br.

You can’t predict that. She may go out on a high note after a big win.

Ummm. I think that there r a few people who believe those caught cheating TWICE should not be allowed to compete. I lived during the 70’s with all the cheating. Really hurt our sport and has never been righted!!!

Check it for lice!

Soviet memorabilia is very fashionable . I still have 3 mtrs of polyester facric with a dark orange background & Misha from the official Moscow Olympics .range . I like art deco but Soviet art which began in the same period is just so great . Stark lines . I remember whole buildings painted .with workers in hard hats . Thise were the days my friend , we thought they’d never end .

If King were a guy talking smack she wouldn’t be judged as hard. Think Gary Hall Jr. She’s a big star in the sport, like her or not and that helps Swimming!!

I disagree. If a male said the same things she said I have to imagine a lot of people would react negatively.