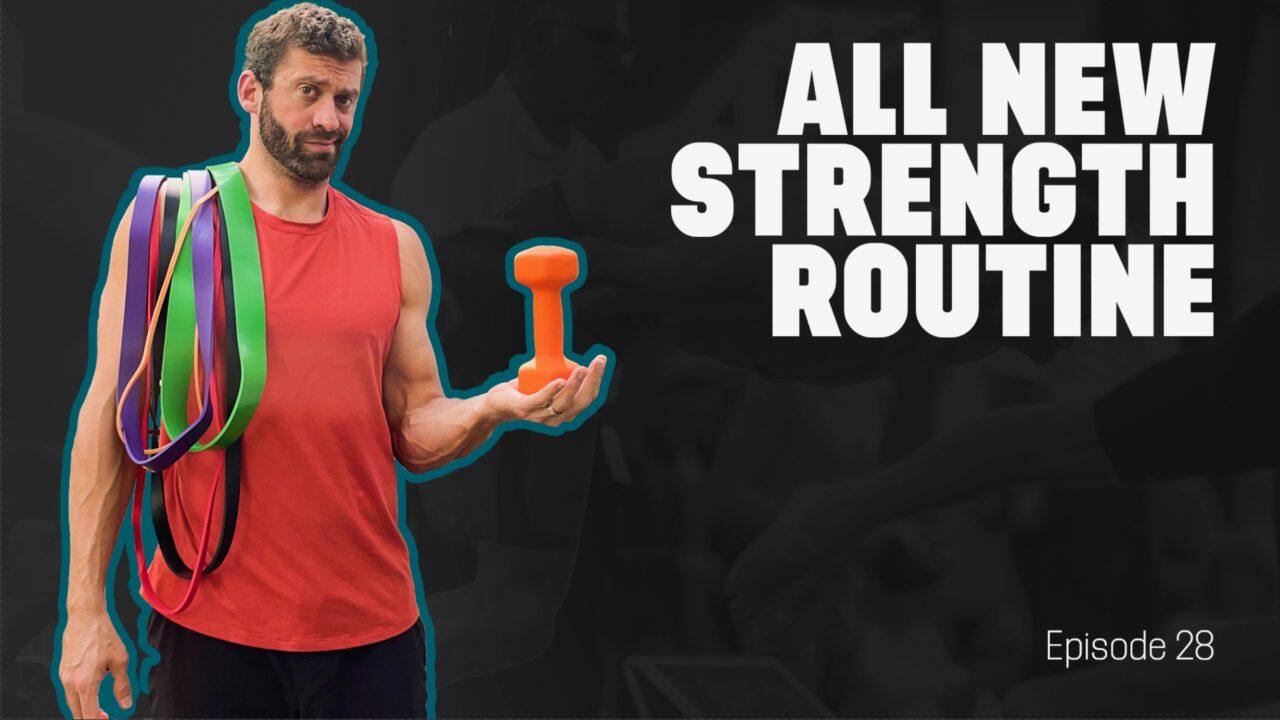 What I do in the weight room has to change from moving a lot of weight slowly to moving a good amount of weight quickly. Current photo via Fike Swim

courtesy of James Fike, Founder and CEO of Fike Swim

In the wake of a terrible Futures meet back in August and in a last-ditch attempt to compete in one more Olympic Trials at the age of 42, I’m changing my strength training to try to get the same success in long course that I’ve had in short course. For the last four years I have focused on getting bigger and stronger by moving as much weight as possible on traditional movements, such as bench press, deadlift/squat, rows, and pull-ups. That really helped with short course where I was only actually swimming half the time, but it was obvious at Futures racing next to swimmers less than half my age who I can beat in short course but can’t hold tempo with in long course that something had to change. Going forward, I have to be able to move my weight (215lbs) faster, so what I do in the weight room has to change from moving a lot of weight slowly to moving a good amount of weight quickly.

This will be the first of several episodes documenting the new routine. In this one, my trainer and I are trying to find my max weight for the new exercises to determine the (lower) weight at which I can execute the movements quickly over more reps. Here are the big changes:

Speed – as you’ll see in the video, a lot of exercises now include resistance bands and timed lifts, where I’m lifting either until failure or until speed loss. My number one goal for both my swim training and gym training is to be able to hold a faster tempo longer.

Hips – much of the new lower body work specifically targets the many muscles that make up the hip. Deadlift has changed from a traditional stance to more of a sumo stance and the reps are done quickly. Squats, which I’ll show in the next episode on lifting, are deep sits on a box with a wide stance and trying to improve initial acceleration. I’ve been doing some crazy, exhausting work with adductors and abductors to improve my kick.

Press – I went as far as I needed to with bench press. A max lift of 330lbs is more than good enough and my shoulders have never felt better since dropping this exercise. In its place I’m doing seated and standing overhead presses with a football bar and resistance bands to narrow my grip and mimic the breaststroke recovery, as well as overhead seated dumbbell presses with bands (also in the next episode).

Triceps – my triceps were under-developed compared to my biceps, which may be why I struggled with so much pain in my biceps at the end of races. They were carrying too much of workload. Several of the new movements, many of which will appear in the next episode, either directly or indirectly work my triceps.

Pulldowns – the movement where I’m laying declined and pulling a banded bar over my body is one of my new favorite exercises. It’s obviously targeting the pulldown in my pullout, which are my biggest strength, so it really works the lats, as well as the triceps and abs.

Stay tuned for follow-up episodes on this on the Fike Swim vlog. Good luck with your training, SWIM DIFFERENT!

If you like this article and still want to know more, stay tuned to the Fike Swim:

“We design products exclusively for the toughest sport in the world.  We unapologetically place swimmers on a pedestal.  The rigors they embrace on a daily basis can only be understood by another swimmer and they deserve a company focused 100% on helping them succeed.  Whether you’re just starting out or training for Paris, we stand behind you.”
-James Fike, Founder