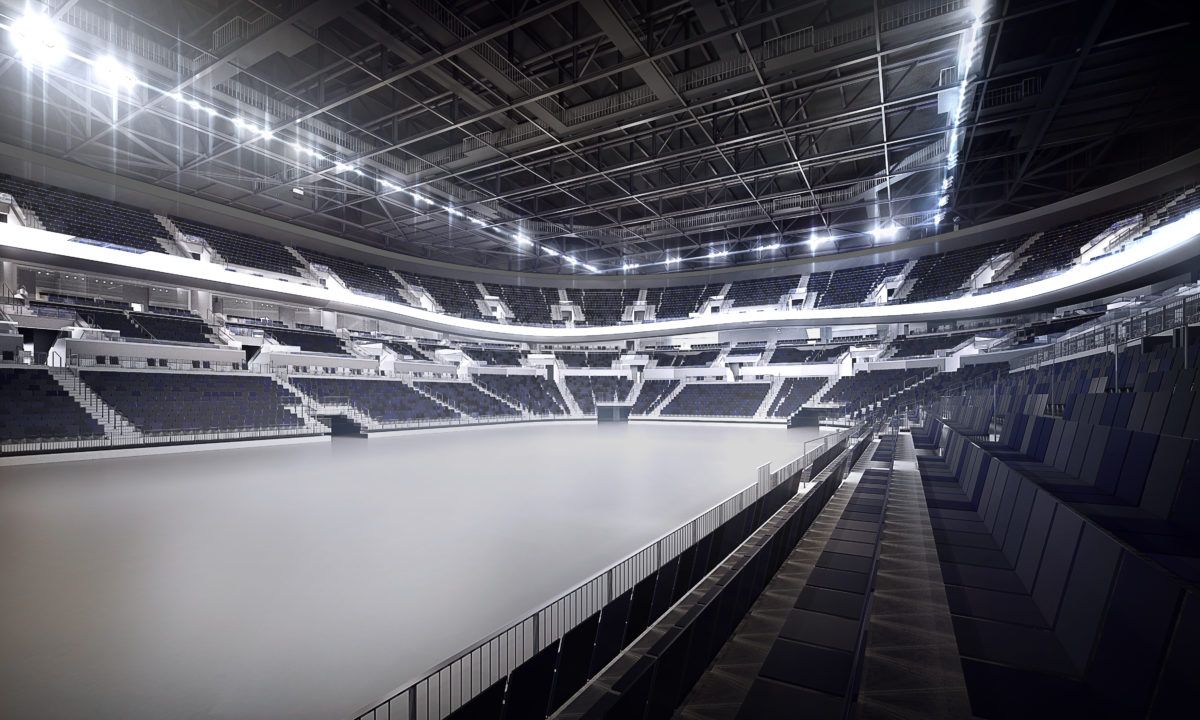 The Royal Arena will play host to Europe's best swimmers in December. Current photo via Copenhagen 2017

After its meeting held in Ostia, Italy this week, the Ligue Europeenne de Natation has announced increases to the amount of prize money it will award at European competitions next year.

That includes an increase in prize money for the upcoming European Short Course Swimming Championships in Copenhagen this December, and a new €80,000 prize pool for the medal winning teams at the new Europa Cup for water polo.

There will be a total of €220,000 on offer for athletes based on FINA points.

“Besides the athletes, LEN is going on supporting the National Federations through travel and accommodation contributions” LEN President Paolo Barelli added. “We are committed to further develop aquatics in our continent. Good governance and transparency, these are the two key words in LEN, and our results show that European Aquatics is on the right track. The main target is to ensure that our athletes and National Federations could give their best efforts in and out of competitions all year long.”

The European Short Course Championships are expected to draw most of the continent’s stars, and teams from all of the continent’s major swimming nations, LEN says. The event, which used to be held every year, has moved to an every-other-year event. In the last edition, in 2015, there were 3 World Records broken (2 by Katinka Hosszu, one by Gregorio Paltrinieri); and an additional two European Records broken by Laszlo Cseh in the 200 IM and 200 fly.

Other new events, from the press release:

Draw for the Europa Cup

Serbia to clash with Croatia in the prelims

The draw for the Europa Cup, LEN’s brand new water polo competition for nations, already set up a couple of thrilling contests in the first round. Olympic champion Serbia faces World Champion Croatia, while Montenegro and Italy shall replay their Olympic bronze medal match. The women’s competition will also feature a handful of exciting matches. LEN offers a total amount of €80,000 for the medal-winning sides.

LEN has launched its brand new water polo competition, Europa Cup: the draw for the prelims was held in Ostia, soon after the LEN Bureau concluded its meeting.

“LEN’s ambition is to develop water polo and more especially its top competitions,” LEN President Paolo Barelli said on the new series. “We agreed with the national federations that in order to achieve that goal we need excellent conditions in terms of venues, organisation, host cities, media facilities and the overall service to the teams, officials and spectators is also highly important.”

The draw, attended by a handful of representatives from the participating national federations, set up mouth-watering clashes already in the prelims. A game between Serbia and Croatia is always one of the must-see contests in any tournament, this time the Olympic Champion and the World Champion will have a showdown in Croatia (in fact the Croats halted the Serbs’ four-year unbeaten run in the major tournaments this July in the World Championships’ semi-final). The third big gun in the group is Greece, semi-finalist in the last two editions of the World Championships, their team cannot be overlooked by the two powerhouses either.

Montenegro and Italy will also have an interesting clash, it’s also a re-match of last year’s Olympic bronze medal game. Hungary might enjoy an easier cruise at home, still, their encounter with Spain should be the game to watch in that tournament.

As for the women, the top sides of the continent will produce thrilling matches in the two venues, in Spain and Greece. European runner-up Netherlands, world silver medallist Spain and bronze medallist Russia will have fierce battles for the top spot which secures direct qualification to the semi-finals in the women’s tournament. The other trio including European champion Hungary, Olympic silver medallist Italy and former world champion Greece should also be up for entertaining clashes.

“Europe is the dominant continent in water polo, with this tournament we can add further value to this sport” LEN Bureau Water Polo Liaison Fernando Carpena said. His fellow Bureau Member from Serbia, Olympic champion Aleksandar Sostar added: “European teams are the best, and by creating this tournament we can ensure further opportunity to show their quality. Europa Cup is also a great tool to get them prepared for the year’s top meets, this time the European Championships, next season for the World Championships.”

These words were echoed by Alessandro Campagna, head coach of the Olympic bronze medallist Italian team. “In the summer teams usually have five-six really tough matches and the Europa Cup is another fine occasion to get prepared for those games. I can test more players, and the sharper the competition inside the team, the better our side will be. This is also a great push for the clubs as players usually return stronger and more experienced after appearances in the national team.”

In its meeting the LEN Bureau has approved the prize-money pot for the medal winning sides of the Europa Cup, the total amount is €80,000, the winners earn €20,000 respectively, the runners-up get €15,000 while the bronze medals pay €5,000. LEN also offers travel contribution for all teams on the road.

Group A (in Hungary)

Group B (in Croatia)

Group A (in Spain)

Group B (in Greece)

First three seeded teams from the two groups of five (A, B) advance to the final and the first two from the group of four (C).í

The Final Eight tournament will see two groups of four in the following order. Group 1: A1, C1, B2, A3. Group 2: B1, A2, C2, B3. After the round robin phase the top group winners will play for the trophy, the second seeded ones for the bronze medal and so on.