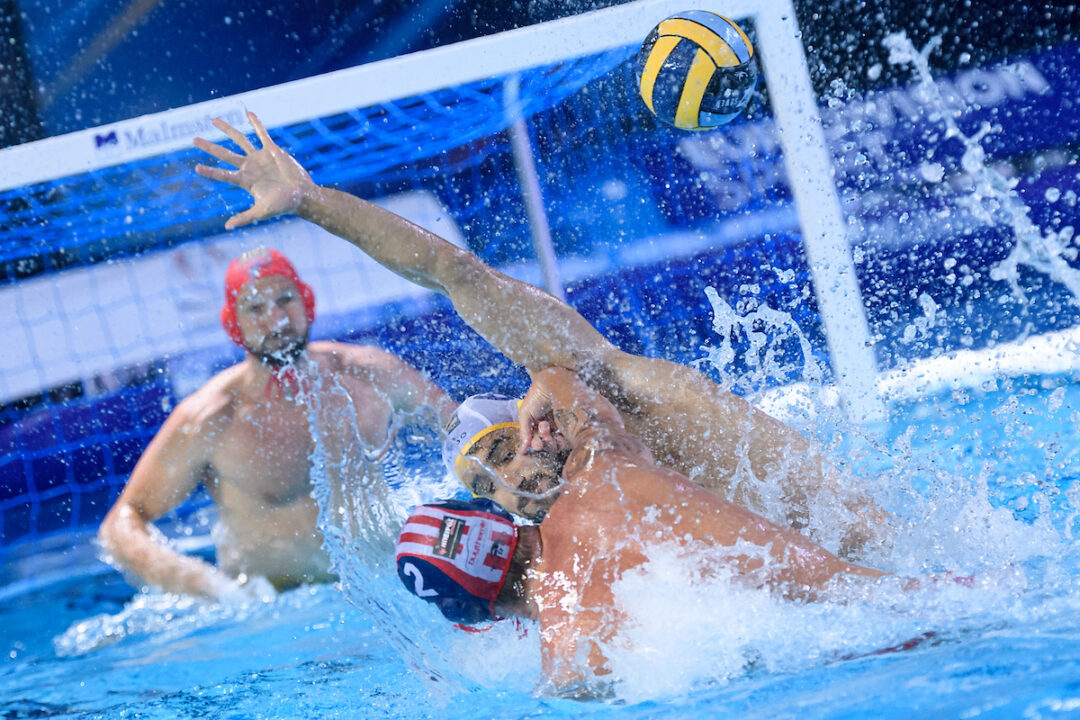 For the first time since 2006, two Italian sides managed to reach the top four (back then three advanced to the Final Four) as Recco downed Hannover in the opening match and Brescia overcame its shadows and beat Jug after three lost quarter-finals in their previous appearances. Title-holder Ferencvaros came up with a brilliant performance against Marseille but in a stunning way it was Barceloneta, which had the most dominant display of water polo. The Spaniards simply demolished 2018 champion and 2019 runner-up Olympiacos while setting a single-game scoring record for the finals with 22 goals, making it the most one-sided quarters ever seen since the current format began in 2014.

Since the F6/8 format has been introduced in 2014, three editions saw two teams from the same nation reach the semi-finals – the Serbs did it in 2014 (Radnicki, Partizan), the Croats in 2015 (Primorje and Jug) and the Hungarians in 2017 (Szolnok and Eger). Now Italy joined the circle as both Recco and Brescia cleared the first hurdle. This is the first time since 2006 that Italy has two teams in the top four (back then they had three, though Jug won at home at the end).

Recco’s advancing was not surprising, apart from the 2014 edition they made the semis every year. Brescia, on the contrary, managed to get rid of its demons and after three lost quarters they finally made the cut, for the first time in their history. They beat Jug, which were a quarter-final specialist between 2015 and 2018 (4/4) but now lost the second in a row after going down against Ferencvaros in 2019.

The Magyars made the semis again in their second-ever F8, while Olympiacos failed to maintain its fine run – while they reached the final three times in the last four editions (including the last two), now they bowed out in the quarters, like in 2017. Barceloneta handled the Greeks their heaviest defeat in history, so the Spaniards are back to the top flight once more after 2014, 2015, 2017 and 2018. They lost their last three semis – it’s a fine challenge to break that bad run against Recco tomorrow.

Recco didn’t waste much time to leave any open question in the first quarterfinal. Though Hannover netted the first one but the Italians hard-pressing defence quickly brought its results, they had four steals and scored from the ensuing counters to take a 5-2 lead after eight minutes. Soon they went 8-3 up, but Hannover could keep up somewhat thanks to its perfect man-up conversions for a while. They stood 5/5 (including a 6 on 4) in the middle of the second, while Recco missed a couple of extras, at this stage three in a row. Then Aleksandar Ivovic netted a one-on-one for 9-5 to set the half-time score as the Germans missed their first 6 on 5 shortly before the break.

The third was dedicated to swimming as the finishes lacked precision at both ends, a lonely 6m shot from Fynn Shutze was the only goal for a while, then Aaron Younger broke Recco’s silence with 25sec remaining from this quarter but the Germans responded with a fine drive by Darko Brguljan so there was still some slim hope for Hannover with eight minutes to go (10-7).

It’s gone quickly as they missed a man-up early and Ivovic finished off the counter for 11-7. That eased the tensions and that led to more goals but the gap was never lower than three, ensuring a calm ending to the match.

The other group-winner Ferencvaros was also quick in securing its semi-final berth. Despite all the hardships and disappointments the title-holders went through recently, they did a superb job against Marseille. The first half they produced couldn’t have been any more dominant. While they killed all 8 manups of the French, they had posted 4/4 in 6 on 5, created some more fine scoring chance while conceding a single goal in sixteen minutes and took a commanding 7-1 lead.

Added two more man-up goals (were 6/6 at that stage) while kept denying Marseille for 0/11 so they led 9-1 in the middle of the third, securing a hasslefree finish of the game. Though their almost perfect stats dropped a bit later, it was still telling that during the first three periods the Hungarians let only 8 French shots be on target, out of 22, and only four ended up in the net (Marseille’s first two man-up goals arrived from their 12-13th attempts, in the last minute of the penultimate period). Thus the Hungarians could afford the luxury of resting their key-players including Denes Varga who sat out for the entire fourth period.

The following encounters promised much more excitements as the second and third placed sides clashed – but only the first one brought a balanced battle.

Brescia tried to break its opening day curse – lost 3/3 quarters before – and they seemed to be in the right moment after having clinched the Italian title by stunning Recco a week ago. However, they faced a tough challenge despite Jug didn’t enjoy the finest season in its history (lost its home title after five years).

Though the Croats took the lead but the Italians settled soon, took over the lead, managed to go by two at 3-5 but Jug could come back to even with some great defending. Still, Angelos Vlachopoulos put Brescia ahead shortly before halftime for 5-6. With a fine goal from the centre by Vincenzo Renzuto they jumped to 5-7 after their first possession but then their offence slowed down and their next one came 6:10 minutes later and in the meantime Hrvoje Benic netted two so Jug came back to 7-7 once more. Again, the Greek master-shooter Vlachopoulos gave Brescia some psychological edge to end their offensive miseries with 65 seconds to go. It was an action-packed finish as Xavi Garcia equalised from a man-up but Renzuto also sent the ball home with 0:03 on the clock for 8-9.

And similarly to the previous period, the Italians opened with a goal from the centre, this time with a backhander from Djordje Lazic for 8-10. Then Jug survived a couple of minutes when Brescia could have gone three goals up and with 4:35 remaining Fatovic halved the gap but an action goal from Jacopo Alesiani switched back the two-goal cushion. A nice action goal from the wing kept Jug’s hope alive at 10-11, and after killing a man-down, they had a chance to go even once more from a 6 on 5. They had their shots but Marco del Lungo came up with three huge saves and those proved to be decisive. Brescia earned a man-up at the other end and after a time-out an easy put-away from the right side by Giacomo Cannella closed down the contest 78 seconds from time.

The last QF featuring two former champions was basically decided in eight minutes. 2014 winner Barceloneta scored from all possible situations including man-ups, counters and perimeter shots while 2018 winner Olympiacos failed to arrive to the match. Physically they were in the pool but nothing reminded of the team, which had played three finals in the last four editions. Indeed, they lacked the firmness, the ‘cement’ what their Croatian legion had meant to especially their defence in the previous years – now, with just two young Americans in their line-up, they were simply torn apart in eight minutes as the Spaniards stormed to a 6-0 lead. Olympiacos could score its first goal early in the second, at 7-0, but it did not slow down their rivals. When Theodoros Vlachos called for an emergency time-out in the middle of the second period at 10-2, the number of shots on target was 14-5 – a shocking difference at this level.

At halftime it stood 13-2 and by the middle of the third Barceloneta bettered Recco’s single-match scoring record in the finals from 2017 when the Italians netted 15 against Eger in the bronze medal game. The two sides were classes apart, at the end Barceloneta stopped at 22 – something one may hardly see again in a final tournament.