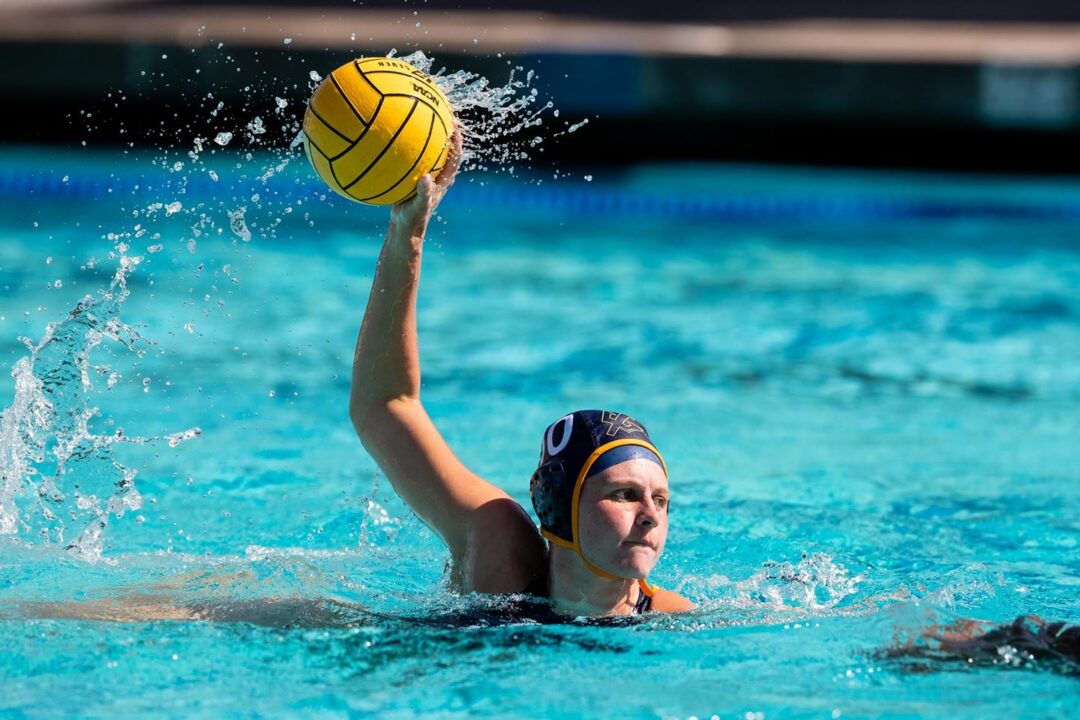 In her career at UC San Diego, Franke has been named to an All-American Team three times, earning honors in 2019 as well. Archive photo via Derrick Tuskan/UC San Diego

BRIDGEPORT, Pa. – Ciara Franke of the UC San Diego women’s water polo team was named a Third Team All-American as announced by the Association of Collegiate Water Polo Coaches. This is the second year in a row that Franke has been named to the Division I All-American Team. Franke was named to the Third Team last season as well.

Named the 2021 Big West Player of the Year, Franke proved to be one of the top players on both ends of the pool. She ranked first in the conference in goals (34) and second in steals (22). Franke also led the team in drawn exclusions with 31, giving the Tritons multiple power play opportunities throughout the season. In addition to being named the Player of the Year, Franke was named to the All-Big West First Team.

Franke picked up her lone Big West Player of the Week award for the season on March 31 after leading the Tritons to a pair of victories over UC Santa Barbara.

UC San Diego women’s water polo finished their first full season as members of the Big West after their inaugural 2020 season was cut short. The Tritons went 9-8 on the season and 3-2 in conference action.