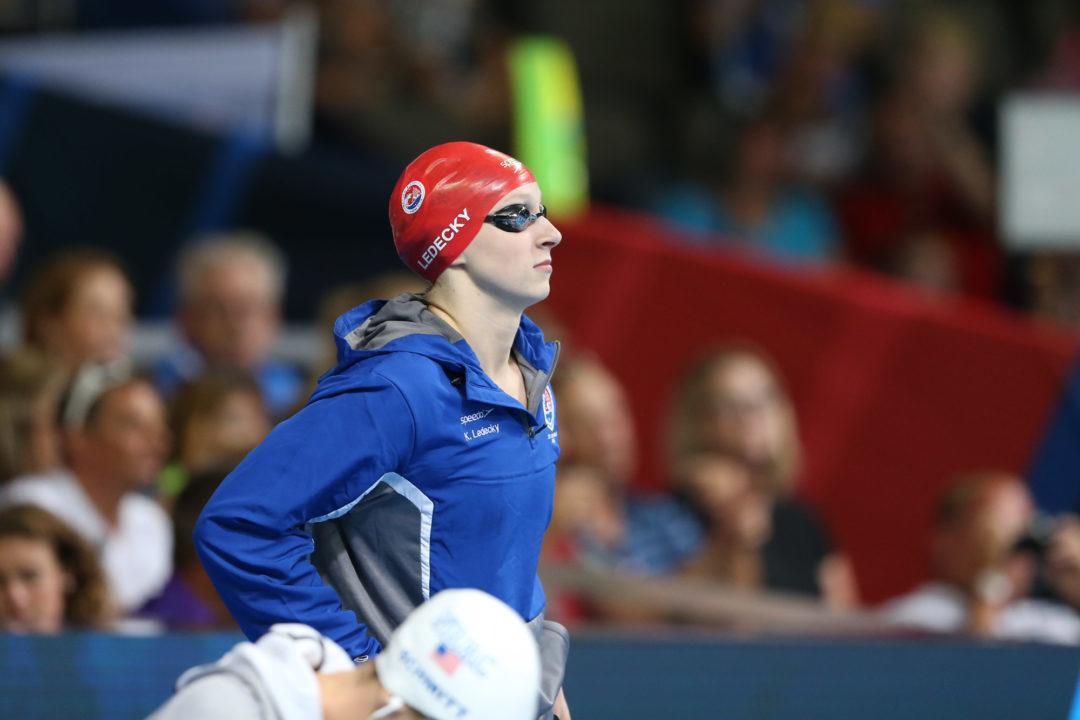 Katie Ledecky ﻿and ﻿Brad Snyder, ﻿nominated for ESPY awards by sports media network ESPN, were not picked as the winners in their respective categories Wednesday night. Archive photo via Tim Binning/TheSwimPictures.com

Swimmers Katie Ledecky and Brad Snyder, nominated for ESPY awards by sports media network ESPN, were not picked as the winners in their respective categories Wednesday night.

Ledecky was one of 4 women up for Best Female Athlete. Ledecky showed off her absurd range in the pool at last summer’s FINA World Championships, winning events all the way from the 200 freestyle to the 1500 freestyle. That accounted for 4 individual gold medals, and Ledecky also won gold as part of the American 4×200 free relay.

She was up against college basketball sensation (and new WNBA pro) Breanna Stewart, world champion gymnast Simone Biles and 2015 WNBA MVP Elena Delle Donne. The ESPY went to Stewart, who won her fourth consecutive NCAA title as part of the UConn women’s basketball team, was named Final Four Most Outstanding Player for a fourth straight season and was selected #1 in the WNBA draft.

Snyder lost his vision in Afghanistan while serving in the U.S. Navy, and now competes as a swimmer in the S11 Paralympic class. He’s a two-time Paralympic gold medalist and also holds the world record in the 100 free. At the 2015 IPC World Championships, Snyder swept the 50, 100 and 200 frees in the S11 classification.

Still think it should’ve been ledecky

Not surprised. Wait til Rio. Both Katie AND Simone will win much BETTER awards than an ESPY.