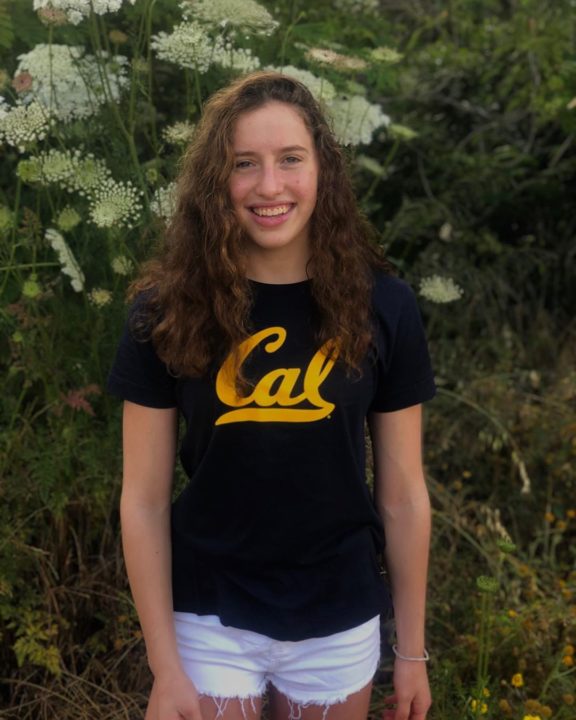 Freshman Lea Polonsky kicked off her California Golden Bears swimming career with a big W in the 200 IM on Friday in Fresno. Archive photo via Lea Polonsky

San Diego State was in second place at the end of the session. Senior Kristina Murphy produced the Aztecs’ top finish with a fourth in the 200 IM (2:04.40). Freshman Meredith Smithbaker and senior Klara Thormalm tied for eighth in the 50 free (23.51). Divers Emma Duggan and Ximena Lechuga Gonzalez, Summer Westmoreland, and Gillian Garcia were 2nd, 4th, 5th, and 8th in 3-meter diving.

Fresno State earned most of their points from diving, with Silvia Alessio (1st), Emilie Hingray (3rd), Yuliya Tikhaya (6th), and Ashley Martinez Vargas (7th) all finishing in the top-8 on the 3-meter boards.

Washington State earned a seventh-place finish in the 50 free from senior Chloe Larson (23.42). San Jose State’s top performance came from freshman Zsofia Muzsnay, who was ninth in the 500 free (5:02.86).