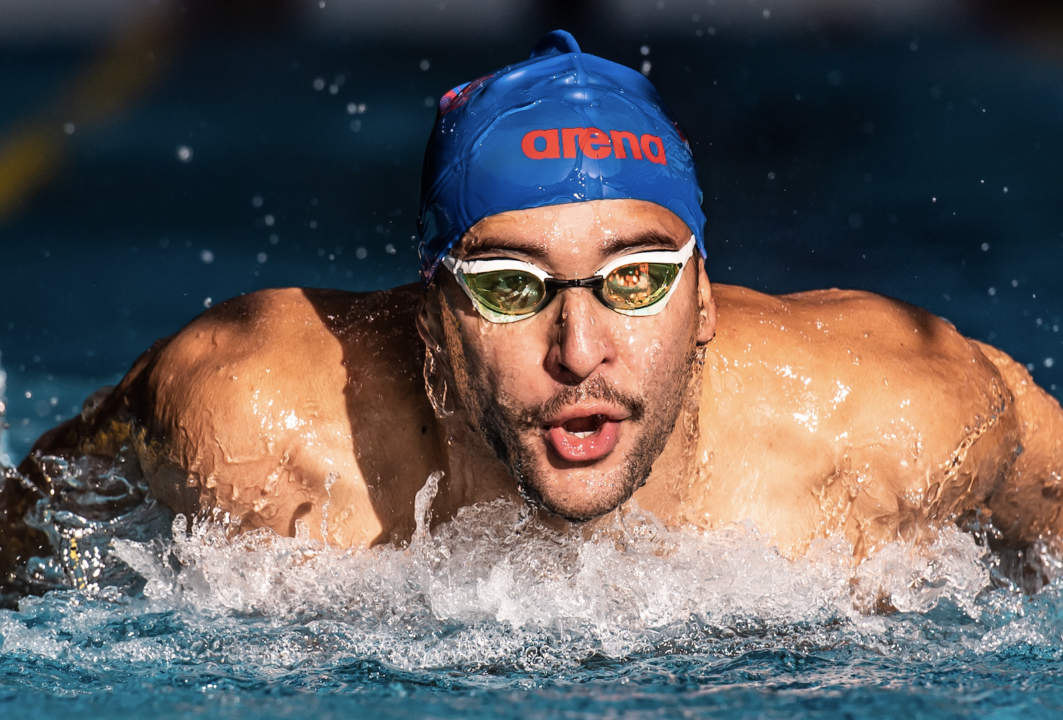 Chad Le Clos of South Africa joined his pal Katinka Hosszu in her native Hungary, competing at the Budapest Open over the weekend. Archive photo via Mike Lewis/Ola Vista Photography

By the nature of open water swimming, it’s hard to predict who winners will be. But, it sure does make for thrilling finishes.

Action wrapped up in Hungary over the weekend as some of the nation’s top swimmers raced at the last-chance Olympic qualifying meet of the Budapest Open.

At the end of the day, a 38-strong Olympic roster was announced, including multi-Olympic medalist from Rio Katinka Hosszu, 35-year-old Laszlo Cseh and reigning 200m fly world record holder Kristof Milak among the contingent. You can see the entire lineup for Tokyo here.

South Africa’s Chad Le Clos was in the country for a training stint with Hosszu and threw down a few swims in the meet. Donning Hosszu’s swim cap, the 29-year-old punched a time of 52.01 in the men’s 100m fly, defeating Cseh’s 52.57 and Szebasztian Szabo‘s 53.00.

In terms of his competing here in Hungary, Le Clos said,  “It was a last-minute decision, Katinka said, don’t I want to train with her a bit in Hungary, and I said, why not? There are a number of wonderful memories in Hungary, the swimmers are highly valued here, so I feel very good here.

“Katinka and I visited the Puskás Arena as well, I was quite electrified, the energy flowed through, it was a huge experience for the Hungarian-Portuguese. And now I managed to get the best time of the season so far after it went pretty dramatically in the morning, so it was worth it to get started. ”

For Hosszu’s part, the versatile star was merely training through this meet, dabbling in a few events, including the 200m free where she placed 3rd in 2:01.12.

“We train hard, I only tested myself a little bit, with no particular goal,” she said.

I don’t think he can medal at this olympics

His best shot is 200 fly. Imagine how much faster he wouldve been in his prime had he not gone out too fast all the time and kept his head in line rather than look around constantly.

He barely medaled in the last one

His friendship with Cseh is a sweet story. When he raised Laszlo’s hand after their 1-2 in the 200 fly in 2017 Budapest, was an unforgettable moment in sport history