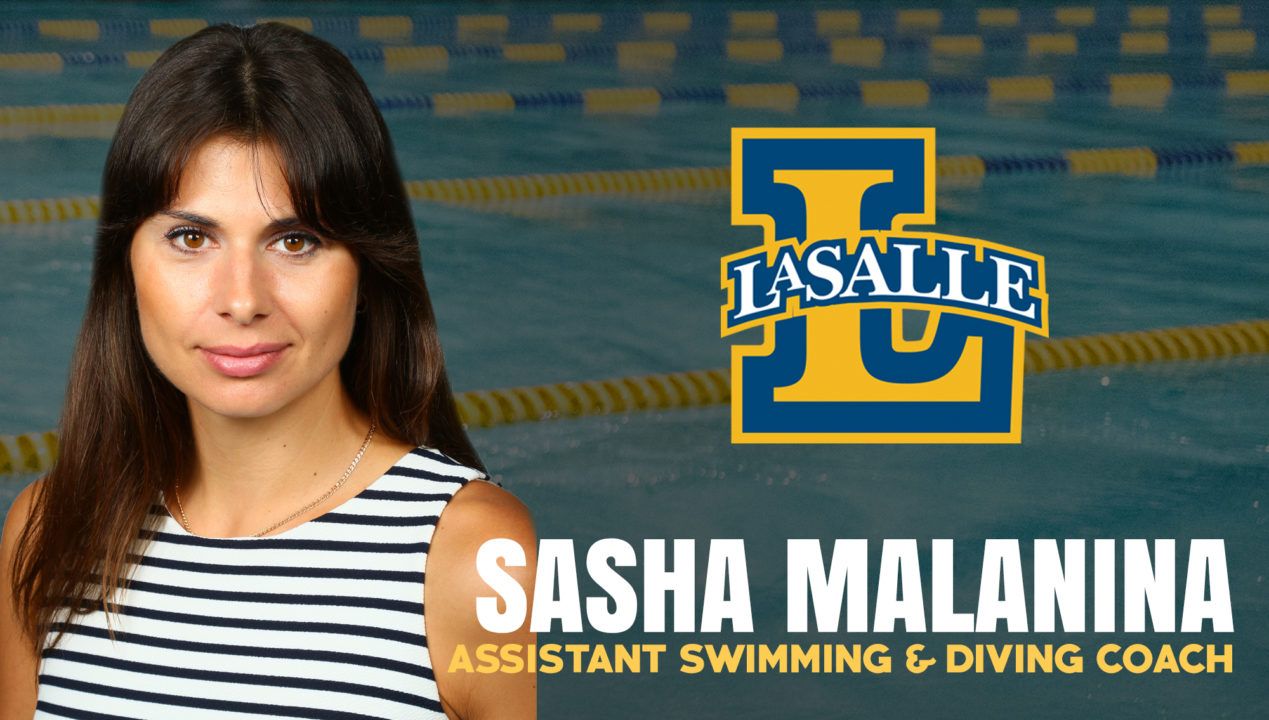 Most recently, Malanina served as an assistant coach at Rowan University where she worked specifically with the distance group. She helped John Tepper to All-America honors in the 1650 free at 2018 NCAA Championships.

“I am delighted to announce the addition of a wonderful person and an excellent coach to our program,” Platt said. “Sasha brings with her a wealth of swimming experience both domestically and internationally and I am excited to work with her this upcoming season.” A member of the Russian National Team from 1999-03, Malanina was a silver medalist in both the 200 and 400 IM at the 1999 Junior Olympic Days in Esbjerg, Denmark. A year later, she won a Junior European championship in the 400 medley relay and earned a third-place finish at the 2000 Russia Olympic Trials in the 200 breaststroke.

“I am excited to join the La Salle University community and the swimming and diving program as an assistant coach!” Malanina said. “With the leadership and support of the head coach Jamie Platt and the athletic department, I look forward to being a part of this team with a tremendous history of academic and athletic excellence. I am grateful for the opportunity to work with Jamie and Frank Keefe, and this group of motivated student-athletes as we strive to reach the next level.”

Malanina took part in three consecutive World Championship meets from 2000-02, advancing to the finals of the 800 free and 800 free relay at the 2002 games in Moscow. Two years later, she competed in her second Olympic Trials, finishing in fourth place in the 400 IM.

Following her international career, she began swimming collegiately in the United States at the University of Maryland. A two-time NCAA Qualifier, Malanina was an honorable mention All-American in the 800 freestyle relay in 2005. In 2006, she was the Atlantic Coast Conference champion in the 400 IM, earned honorable mention All-America status in the event and was named Team MVP.