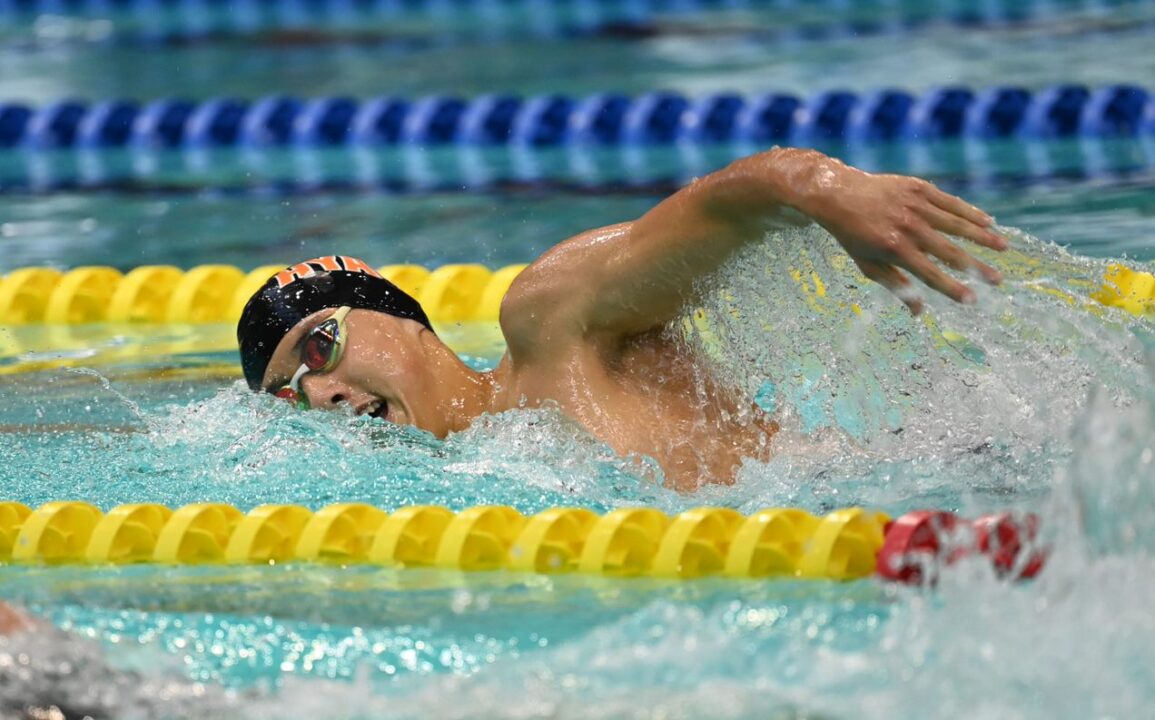 Kim says that he had designs on this record coming into the race.

“I really thought before the race I would be able to get the national record,” said Kim, who opened the meet on Monday with a gold medal in the 400 free. “I hadn’t swum my 800 free for a very long time but I think it was more doable than the 1,500.”

Kim only swam the 800 free a few prior times in his career, including at Mel Zajac in early June. His best time coming into this meet was an 8:30 from Canadian Trials in April.

After 3 days of competition, out of 8, Kim ranks 2nd in the 14-15 age group High Point standings.

up and coming legend…congrats to him, Hyack and Coach Lennstrom…!