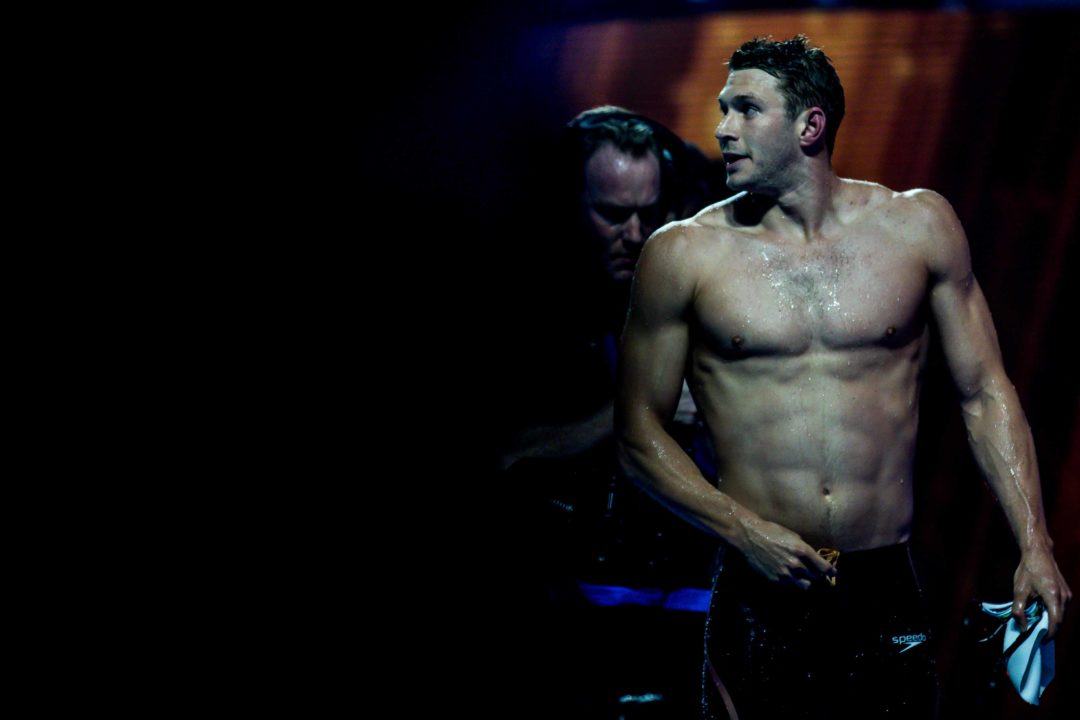 The LA Current feature the last 2 Olympic gold medalists in the men's 100 backstroke, including Ryan Murphy (above). Archive photo via Jack Spitser/Spitser Photography

Update: On Wednesday, the LA Current revealed 5 changes to their roster for the Lewisville meet.

The Los Angeles Current of the International Swimming League (ISL) have released a 27-swimmer roster for their league debut this weekend in Lewisville, Texas.

The Current have more Americans than any other team in the league, with 21 of the 27 athletes registered for Lewisville representing the USA internationally. The exceptions are Dylan Carter (Trinidad & Tobago), Felipe Lima (Brazil), Farida Osman (Egypt), Andi Murez (Israel), Beryl Gastaldello (France), and their latest addition Anastasiya Gorbenko (Israel).

The lone absence from the Current’s announced roster is Amy Bilquist.

On the women’s side, even without Bilquist, the team is loaded in the sprint free and fly groups. Beryl Gastaldello, Katie McLaughlin, Farida Osman, andi Murez, and Aly Tetzloff all fit that mold for the Current. They’re also loaded in the women’s IM events. Kathleen Baker is the US Open Record holder in the 200 LCM IM, Ella Eastin holds the American Record in the 200 and 400 yard IMs, Leah Smith is the 2017 US National Champion in the 400 IM, and 16-year old Anastasia Gorbenko is the Israeli Record holder in both the 200 and 400 IM in long course.

The team will race this Saturday and Sunday against the New York Breakers, Iron, and London Roar in the first Group B matchup of the season.

No question about it. They drafted the best teams! The only question might be London Roar with many of their swimmers haingn a training camp conflict?!?

I feel as though DC and Aqua are out with the strength of NY, LA, and Iron/Roar

I wonder whos swimming the 400 free for the men.

i just want to see the piano

there are other guys that carry piano well too

400 my guess is Pieroni, Carter, and Conger. Maybe Seliskar. That should be interesting

Tom Shields but fly. Someone get the piano.

At least his underwaters will carry him through the 200 fly

Kalisz and Seliskar can probably do it

No way Chase will do it

Remember the days Tom Shields was a monster SCM…..he could be a huge player for them!