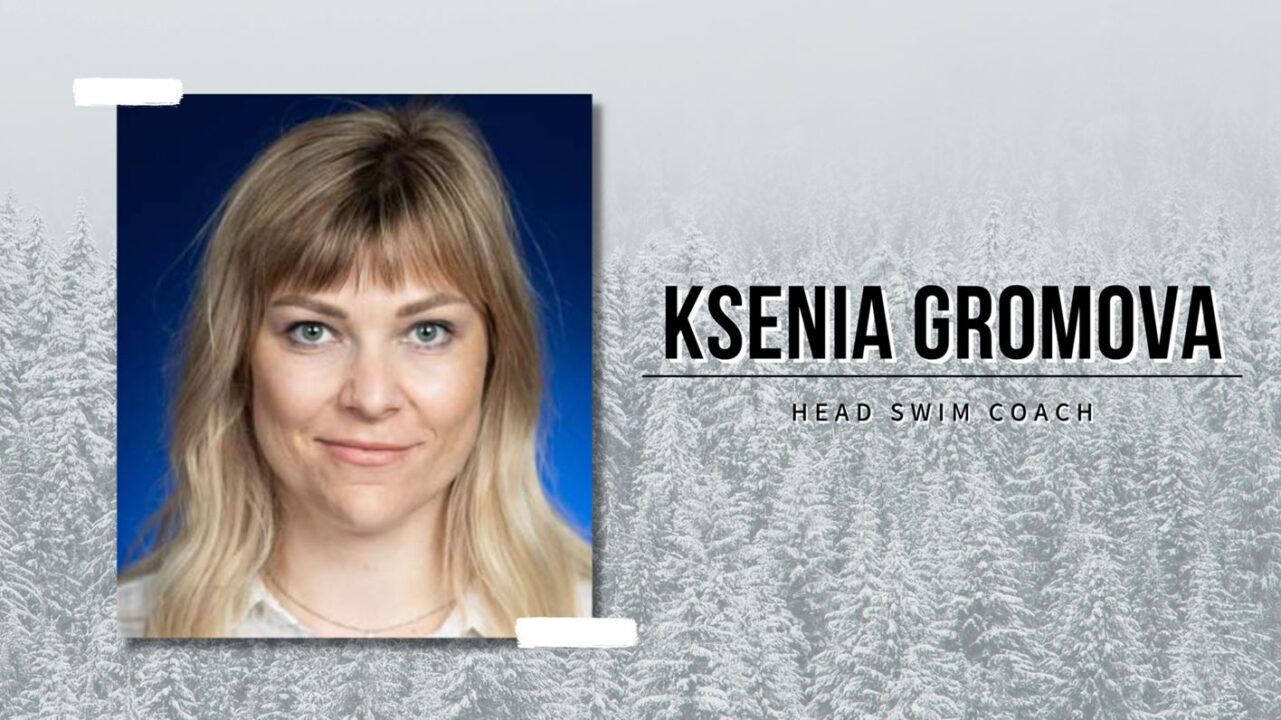 Kelsey Lesson, who served as the interim head coach for the 2021-22 season, will resume her role as the assistant coach. Current photo via Alaska Media Relations

FAIRBANKS – The Alaska Nanooks athletic department and the Nanooks swim team have announced the hiring of Ksenia Gromova as their next head coach. Kelsey Lesson, who served as the interim head coach for the 2021-22 season, will resume her role as the assistant coach.

“We are thrilled to announce Ksenia Gromova as our next head women’s swimming coach.” Said Director of Athletics, Dr. Brock Anundson, “Ksenia has a strong and diverse background working with NCAA swimmers, and she provides a great compliment to the program Coach Leeson has developed this past year. Her positive energy and experience will continue to elevate Nanooks swimming and take them to the next level.”

Gromova joins the Nanooks after spending the 2021-22 season as a Volunteer Assistant Coach with the University of Michigan men’s and women’s swim and dive teams. While at UM she assisted with sprint group practices, technique analysis sessions, designed and implemented group mobility sessions as well as assisting with the recruiting processes and administrative work. Prior to Michigan, Gromova served as the Assistant Swim Coach and Recruiting Coordinator at Duquesne University. She worked on team management compiled with NCAA regulations, implemented dryland, mobility and stretching practices and worked with community’s social events.

From August 2017 to June 2019, Gromova was the Head Coach of the men’s and women’s swim teams at Lindenwood University Belleville. As the head coach she coached four NAIA National Champions, 29 All-Americans, 27 conference champions and had 23 school records broken.

She also spent time at as the Swim Club Nitro High School Group Head Coach, spent two seasons as a Graduate Assistant Coach and Recruiting Coordinator at the University of Incarnate Word, the Associate Head Coach at the Olympic Reserve School 7 in Yaroslavl, Russia.

Alaska just needs stability at this point. It wasn’t long ago they had some real talent in that program. I hope Ksenia is the answer to bringing back some fast swimming to Alaska Fairbanks. Best of luck!

Enjoy Alaska. You deserve this.