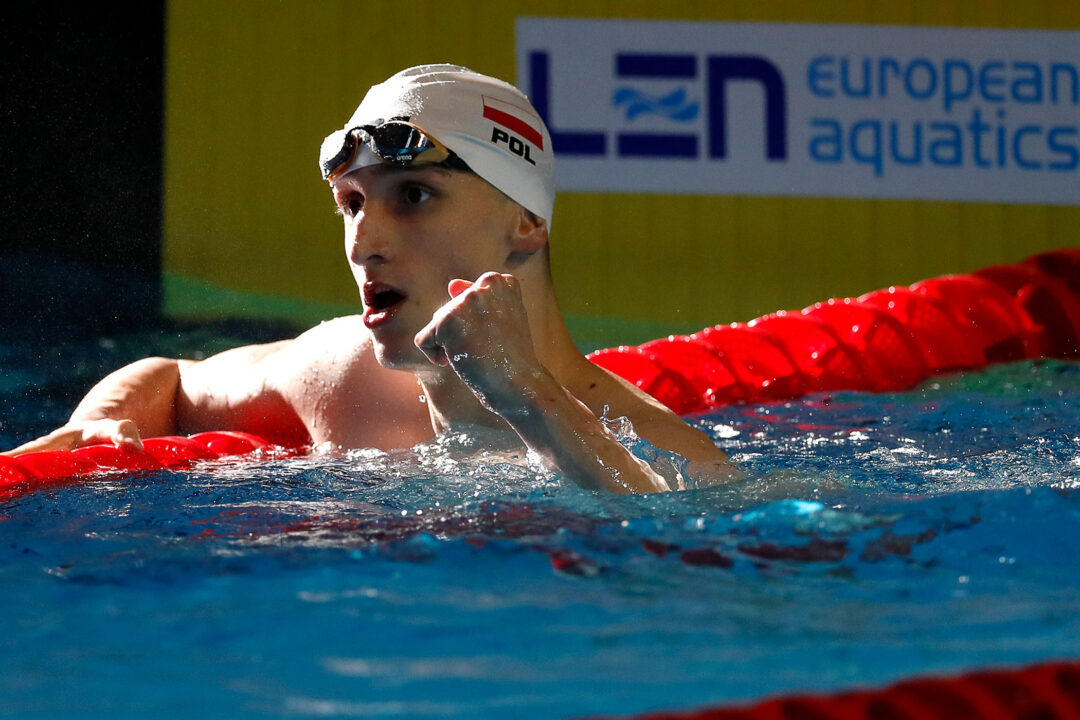 After breaking the World Junior Championships record in the 100 back, Ksawery Masiuk did it again, taking down the 50 back championship and Polish record. Archive photo via Simone Castrovillari

After previously breaking the World Junior Championships record in the 100 back, Ksawery Masiuk did it again, this time in the 50 back. In the finals of the event tonight, he won in a time of 24.44, breaking Pieter Coetze‘s 24.58 Championship record set yesterday and Masiuk’s old Polish record time of 24.48.

“I’m so very excited and happy,” said Masiuk, who’s now tied for eighth in the world rankings this year. “I wasn’t expecting to beat my PB.”

After today, Masiuk now has three different 50 back international medals to his name from this year. First, he took bronze in the event at June’s World Championships, breaking the Polish record and winning his first-ever senior international medal. Then, he won gold at the European Junior Championships, where he clocked a time of 24.65. After opting not to race the 50 back at senior Europeans, he is culminating his long course season with a World Junior title.

At 17 years of age, Masiuk is now tied with Isaac Cooper as the second-fastest 18 and under performer of all-time in the 50 back. Masiuk and Cooper only trail Kliment Kolesnikov, who holds the World Junior record with a time of 24.00. In addition, Masiuk also becomes tied with Cooper and Daniel Orzechowski as the 20th-fastest overall 50 back performer of all time.

Fastest 18 And Under Performers Of All-Time, Men’s 50 Back: