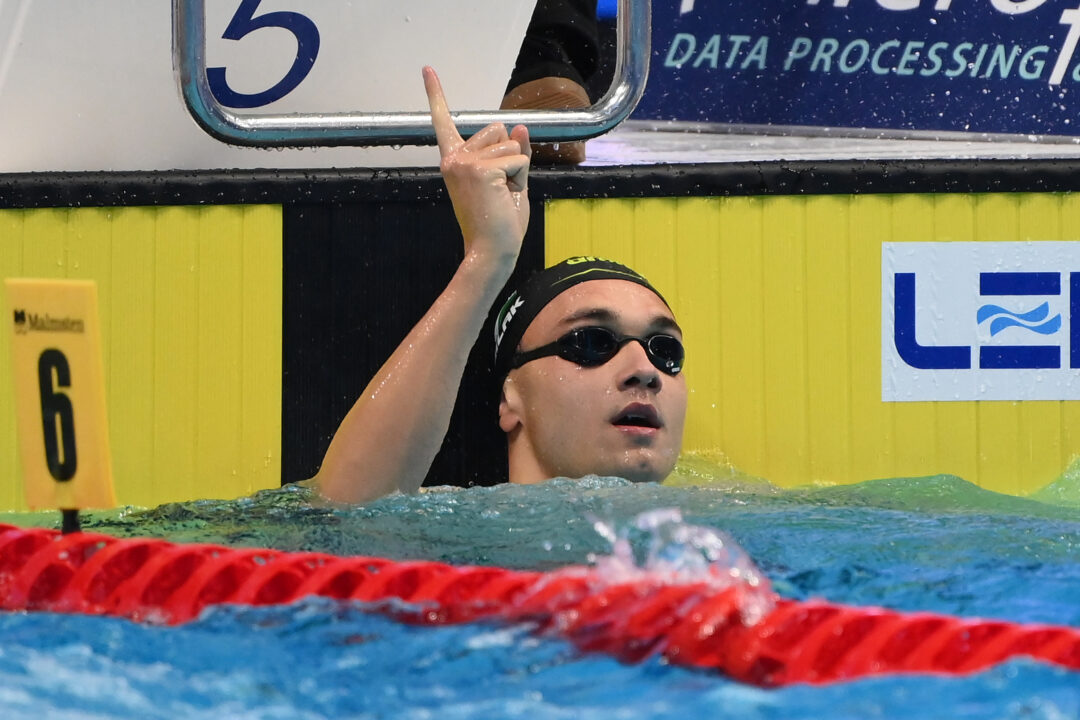 Milak was out much faster tonight, splitting 0.43 seconds faster than he did in the heats. Current photo via Photo Alfredo Falcone - LaPresse

After tying the Championship Record in prelims, Hungarian superstar Kristof Milak broke the CR in the men’s 100 fly during the semifinals this evening. Milak clocked a 50.62, just edging out his prelims swim of 50.64. Milak has been as fast as 50.47 this year, which stands as both his personal best time, and the top time in the world this year in the event.

Previous record holder Piero Codia, of Italy, missed out on qualifying for finals tomorrow, finishing 11th in 51.86. Codia, 31, swam the Championship Record 50.64 in 2018. He’s maintained his speed, posting the 6th-fastest split in the field on the first 50, but was slower coming home.

Here is a split comparison of Milak’s semifinals swim, his prelims swim, and his personal best, as well as Codia’s 2018 swim.

The announcer didn’t understand why Milak looked disappointed, after breaking the CR.

Surely he is targeting sub-50 for the final tomorrow.

HE WOULD HAVE BEEN A COUPLE OF TENTHS FASTER IF HE DIDN’T MISS HIS FINISH. THAT WAS WHY HE WAS UPSET AFTER THE RACE.