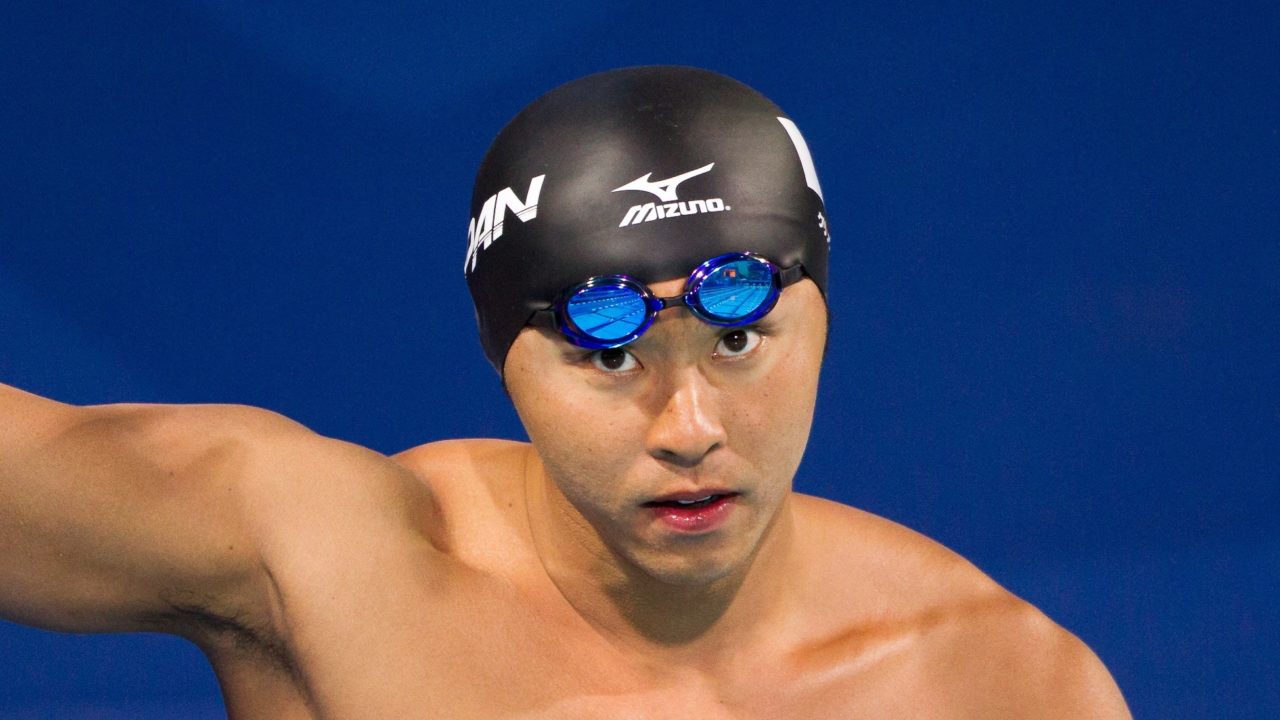 Kosuke Kitajima changed breaststroke forever when he implemented dolphin kicks into his underwater pullouts at the 2004 Olympics and was not disqualified. Current photo via Tim Binning/TheSwimPictures.com

Kosuke Kitajima is perhaps the most dominant Olympic male breaststroke swimmer of the modern era, having won both the 100 and 200 breaststrokes in both 2004 and 2008. Kitajima was the first man to ever break the 59-second barrier in the 100 breaststroke when he swam a 58.91 to win gold at the 2008 Beijing Olympics.

Kitajima’s quadruple-gold status is legendary, though his first-ever Olympic gold, won in the final of the 100 breaststroke at the 2004 Athens Olympics, caused division among swimmers, coaches, and officials. After the dive and after the turn, Kitajima noticeably undulates during the underwater pullout phases of the race, which in 2004 was not legal in breaststroke.

Today it’s common knowledge that swimmers are allowed one dolphin kick during the underwater phase of breaststroke, and I’d make the argument that Kitajima and the officials at the Athens Olympics that chose not to disqualify him in the final of the 100 breaststroke are who we have to thank for this rule.

For many years, swimmers were only allowed one pull and one breaststroke kick–while a slight undulation might be forgiven by officials, if it is even noticed, a true dolphin kick in which the hips push downwards followed by rippling of the legs and a flick of the feet was not legal during the 2004 Athens Olympic Games.

On September 21st, 2005 FINA, followed by USA Swimming and other national federations, officially began allowing the single dolphin kick during breaststroke pullouts, as long as it happened after the hands had separated. In 2014 FINA voted to amend the rule to allow the single dolphin kick any time before the first breaststroke kick regardless of whether the hands were together or apart, which is the rule of today.

“After the stroke and after each turn, the swimmer may take one arm stroke completely back to the legs.”

“After the start and each turn, at any time prior to the first breaststroke kick, a single butterfly kick is permitted.”

The NCAA also adopted the same ruling as FINA in time for the 2005-2006 swim season. The NCAA began allowing the single dolphin kick at any time during the pullout before the breaststroke kick in 2015. High school swimming implemented the rule one year later during the 2006-2007 swim season. South African Cameron van der Burgh created further controversy when he admitted to doing extra dolphin kicks en route to winning gold and setting the then-World Record at the 2012 London Olympics claiming “everybody’s doing it.”

Kitajima’s tempo gives us a preview of what the fastest sprint breaststroke swimmer to ever live, Adam Peaty, would implement 10 years later to win his first major international championship, and then in 2015 set his first World Record.

For anybody who doesn’t speak Spanish, some of the remarks the commentators make throughout the race include the anticipation of the first sub-1:00 100 meter breaststroke in Olympic competition–this didn’t happen until 2008 when Norway’s Alexander Dale Oen posted a 59.41 in heat 7 of prelims–Kitajima’s stroke rate being “shorter” (corta) and more explosive than silver medalist and then-World Record holder Brendan Hansen‘s, whose they describe as “wide” (amplia and grande), as well as praise for Kitajima’s start and turn. Kitajima’s stroke rate and explosiveness are, in the opinion of one of the commentators, what made the difference for him in the final 10 meters.

Interestingly, Australian Jim Piper was disqualified in the final of the 200 meter breaststroke for a “dolphin kick at the turn.” Which of the three turns is not clear, but given that the men’s 100 breaststroke comes before the 200 in the Olympic schedule one could infer that the officials operated with a greater amount of scrutiny following the controversy of Kitajima’s 100. Beyond the rule changes that have taken effect post-2004 for breaststroke, this race is interesting because we get to see a swimmer in a brief swimming in between one swimmer wearing a full-body suit and another wearing a jammer–silver medalist Daniel Gyurta also opted for a brief in this race–and a shaved head.

And then Kitajima came back faster than ever without the dolphining in 2008 and proved he was the best by beating everyone again. Best male breaststroker ever.

He stole the gold medal from Hansen on his birthday

This is such a boring conversation.

Can we talk about how metal Gyurta is instead.

Hansen got screwed. Of course FINA, in their short-sightedness, figured “ok, we’ll allow one dolphin kick for everyone. Then, no one will push that limit and there will be no more controversy”

More or less dolphin kick…Hansen and Gangloff pooped their pants before the race more then other finalists.

It seems to me that he took 2 dolphin licks after the start. One immediately after he enters the water and the next as expected today.

The Australian in lane 8 got DQ’ed because he did a dolphin kick on the last stroke BEFORE the 100 turn. His feet come out of the water.

1
0
Reply
Aussie on the spot
Reply to  Mike

Unfortunately he pretty much always swam with a dolphin kick.