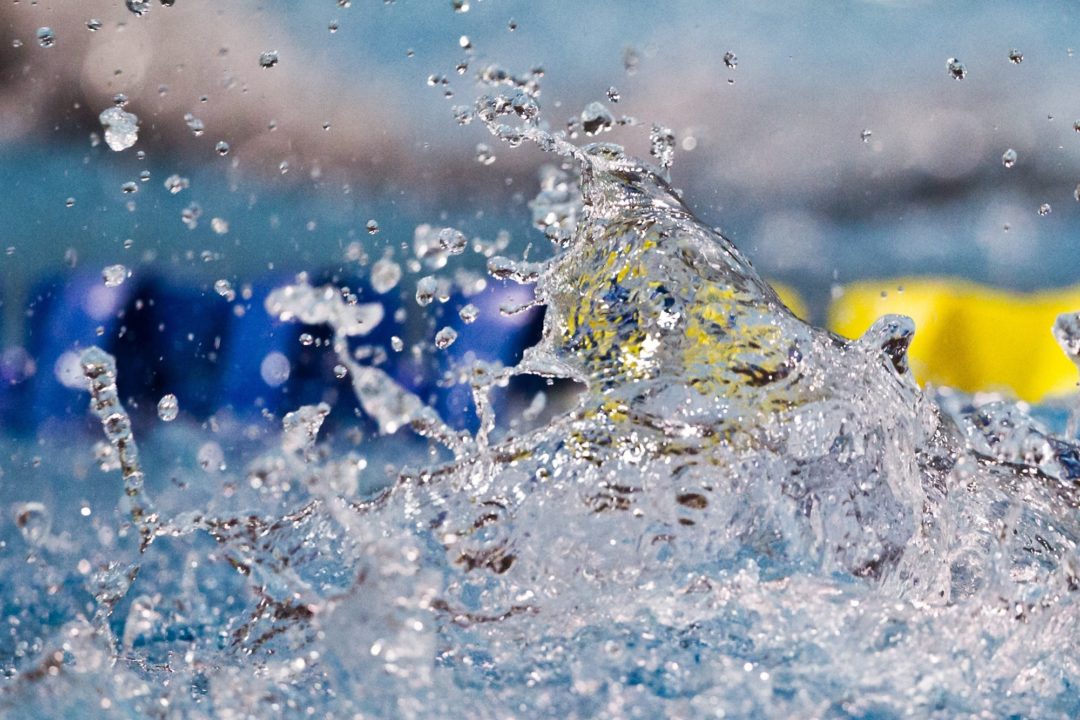 The new World Record holder calls for underwater judging., says he had no choice but to break rules.

South African breaststroker Cameron van der Burgh lashed out at Australian media on Sunday, as the Sydney Morning Herald is reporting that the new World Record holder in the 100 breaststroke has admitted to his illegal kick. At the same time, van der Burgh pointed out that Australian Brenton Rickard can be seen in the next lane doing the same thing.

Controversy erupted after the South African won the gold medal in the 100 breaststroke, and set a new World Record, and underwater footage showed clearly that he did three dolphin kicks after diving in at the start of the race.

‘‘It’s got to the sort of point where if you’re not doing it you’re falling behind or your giving yourself a disadvantage so everyone’s pushing the rules and pushing the boundaries, so if you’re not doing it, you’re not trying hard enough,” he told the SMH. ‘‘I think only if you can bring in underwater footage that’s when everybody will stop doing it because that’s when you’ll have peace of mind to say, ‘All right I don’t need to do it because everybody else is doing it and it’s a fair playing field.”

When asked by the Aussie paper that is no stranger to controversy and swimming, the champion responded “‘‘Everybody’s doing it … not everybody, but 99 per cent.’’

‘‘So I mean to me it would make sense that referees have the chance to look at underwater footage and say there is something wrong there,” van der Burgh continued. “If that rule was put in place, everyone would be much more straight down the line and that’s ultimately what we want for the sport is to have a sport with integrity where it is very hard to cheat and people I guess need to avoid cheating because sooner or later they will get caught and cost themselves dearly.’’

A vast majority of the sports at the Olympics now allow for some form of video technology for situations such as these; from field hockey to greco-roman wrestling, sports around the world have figured out a way to incorporate video technology into their judging system. Most of those sports have much more delicate concerns about the flow-of-competition than does swimming, where long breaks in competition are a designed part of the meets.

Van der Burgh accurately emphasized ‘‘if you’re not doing it, you’re falling behind. It’s not obviously – shall we say – the moral thing to do, but I’m not willing to sacrifice my personal performance and four years of hard work for someone that is willing to do it and get away with it.”

FINA has experimented with underwater judging in the past at their World Cup series to largely positive reviews. This could be one of the biggest changes we see before the Rio de Janeio Olympics.

Rickard, interviewed before van der Burgh, made similar comments about the need for video judging of some sort.

Oh please! You expect FINA to have the guts to do the right thing? When Kitajima had a blatantly illegal kick they changed the rule rather than punish him for cheating! I’ve never been so glad to see someone miss the podium as I was at these olympics…

NOT SO PROUD, man why dont you just shut up , and to be honest we are so gealous , i mean we wish to be IN an olympic games soo whatever

Here are people cheating at the finish too…

This guy is a clown. Makes me sick to listen to this guy explain why he cheated

BRING BACK SUPERSUITS AND LEGALIZE FLIPPERS!!! THEN WE WILL SEE WHO THE TRUE FASTEST SWIMMERS REALLY ARE!

Alright, yeah, allow underwater footage, but it’s not that easy! Obviously it’s not feasible for every pool in the world to be equipped with underwater cameras for every lane, so what’s to stop these swimmers from choosing meets without this technology to taper and break records at? Or should FINA only sanction meets with this technology from now on? I can tell you Canada doesn’t have a single pool with an underwater camera under every lane. So would it be fair if after video analysis was permitted, that the world’s breaststrokers came over here and smashed a world record because they couldn’t be caught? Think Olympic Trials, even if the Olympian is caught cheating at the Olympics, they’ve only been… Read more »

You serious Clark? Add more kicks? Why not just revert back to no kicks?

And this has been a National-level issue for at least two years now. I attended a regional coaches clinic for USA Swimming and they showed the underwater footage of the 2010 (?) Senior meet at Ohio State. The 100 breast, every swimmer threw some kind of dolphin that would have been considered cheating. The allowing of a dolphin kick was based off of cheating! Does anyone else remember Kitajima at Athens? He cheated, and instead of FINA having the balls to DQ the man that won the race, they changed the rule!

Swimmers should keep FINA in check, yes. But FINA shouldn’t bend to the swimmers.

I’m fairly certain no pool has permanent underwater cameras. The cameras proposed are like lane ropes, touch pads, etc., they would need to be put in the pool before a competion.

Is there a video of Breanda Hansen’s start of that race? Did he do extra dolphin kicks. I would hope he did not.

I think the race video on NBC showed that he didn’t do any extra kicks. I think this means he SHOULD have won the GOLD medal! How much would that have meant to him after all these years of hard work?! And now we know it was essentially stolen from him by cheaters who arrogantly announce to the world that they cheated! Can’t the coaches protest the results based upon admitted cheating?!

Oh that’s right, because noone else worked hard for this and he obviously lost a second to VdBurgh on the start. Do you hear the laughter?

No need for video at lesser meets. If they cheat at Sectionals or a mid-season nothing meet, then go to a FINA meet with cameras, the bad habits will burn them. But they always have video at Worlds and the Olympics.

This is so easy to fix!! You incorporate underwater video review at top international meets and situation solved. BUT of course like everything else, FINA will drag it’s feet, USA Swimming will wait for FINA, FINA will wait for USA Swimming and then right before next worlds something will be implemented. FINA needs to immediately respond with underwater video review and implement it quickly. Since all the top international meets already have video it would be fairly easy to review a tape before medal ceremony and make a disqualification if there was something illegal.

I am pretty appalled that (1) he purposely cheated; (2) admits it; (3) rationalizes cheating by blaming his competitors; (4) then blames FINA for allowing him to cheat. I’m also pretty disgusted that most of the posters seem to think that what VanDerburgh did was fine! I see this a different way. He cheated and admits it. The record and medal should be stripped.

But how far down the results would we find one who didnt cheat to give the gold medal?

How about to the best time that didn’t cheat? Just an idea.

Totally agree with you. Since he admitted to this, FINA or the IOC should consider taking away his medal. This is disgusting.

He’s using his position as gold medalist to put pressure on FINA to change rules that are obviously wrong and allows people to cheat. It’s the only right thing to do, and FINA never does anything right unless forced to, a good example is Phelps pulling out of international competition if rubber suits remained legal when FINA saw no problem with them.

I’m more disgusted with all the swimmers not admitting they also cheat. Kinda like drug cheats except we can all see they do it so even more pathetic