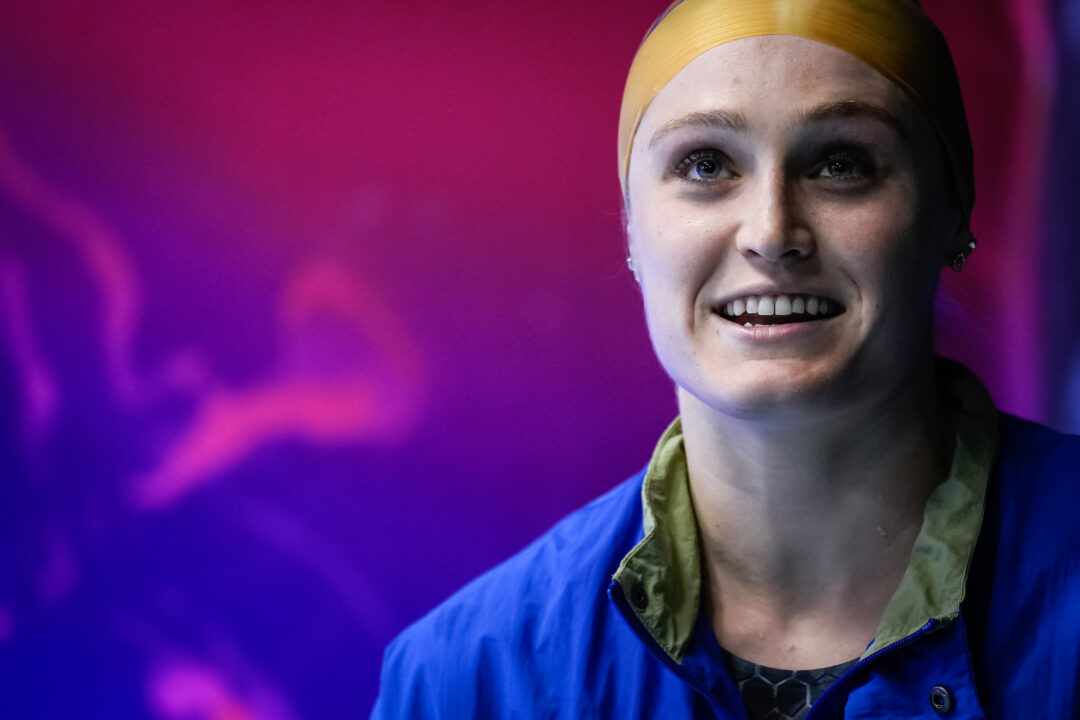 In all, Cali earned 53 points in the skins, including 21 in the final round–14 to Dahlia and 7 to Nelson, cutting London's lead to 17 pts with 1 event to go Current photo via Jack Spitser/Spitser Photography

Kelsi Dahlia and Beata Nelson advance to the 2nd round, alongside Holly Barratt and Emma McKeon. This is a great start for Cali who gambled earlier by saving Dahlia for the skins, choosing to not have her swim the individual 50 fly, which was won by Barratt.

Kelsi Dahlia and Beata Nelson will advance to the final round of the skins, which is a huge boost to the Condors who are cutting down the lead that London has. McKeon finishes 3rd while Barratt finishes 4th.

Dahlia wins the final round of the skins. In all, Cali earns 53 points in the skins, including 21 in the final round–14 to Dahlia and 7 to Nelson. London Roar’s lead in the team standings has been cut down to just 17 points.