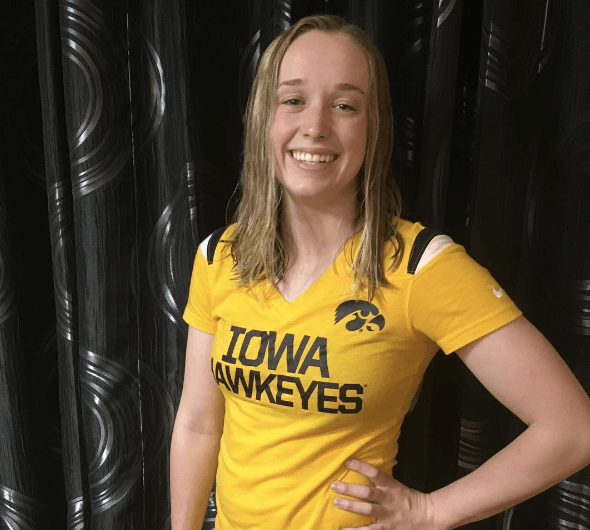 After the first 2 scoring events of the 2020 Women’s Big Ten Swimming & Diving Championships, there were a handful of time trial races. Among the highlights was a 59.43 from Northwestern junior breaststroker Sophie Angus. That time is about half-a-second faster than what it would have taken to qualify for last year’s NCAA Championship meet, and makes her the 4th-best breaststroker in the Big Ten this season.

This follows up on a 26.62 breaststroke split for Angus in Wednesday’s 200 medley relay, which was the 5th-best split of the field.

The Indiana women and Penn State women also time-trialed 200 medley relays. Indiana swam 1:37.01 in that 200 medley, while Penn State swam a 1:37.10. For Indiana, that gives them a crucial NCAA “B” cut after they were disqualified in the scoring races on Wednesday evening when freshman breaststroker Emily Weiss left early. That relay originally touched in 1:36.29 before the disqualification. Weiss again cut her start very close, but this time with a .03 reaction time, Indiana was legal. Weiss split 26.60 in the time trial as compared to the 26.19 (with a -.09, so a .12 second start differential) in the scoring race. The rest of the Indiana relay had similar splits.

Why is the person in the picture (generally the main part of the story) mentioned, nearly last?