Kaylee McKeown Enters Both IMs, All Three Backstrokes In Birmingham 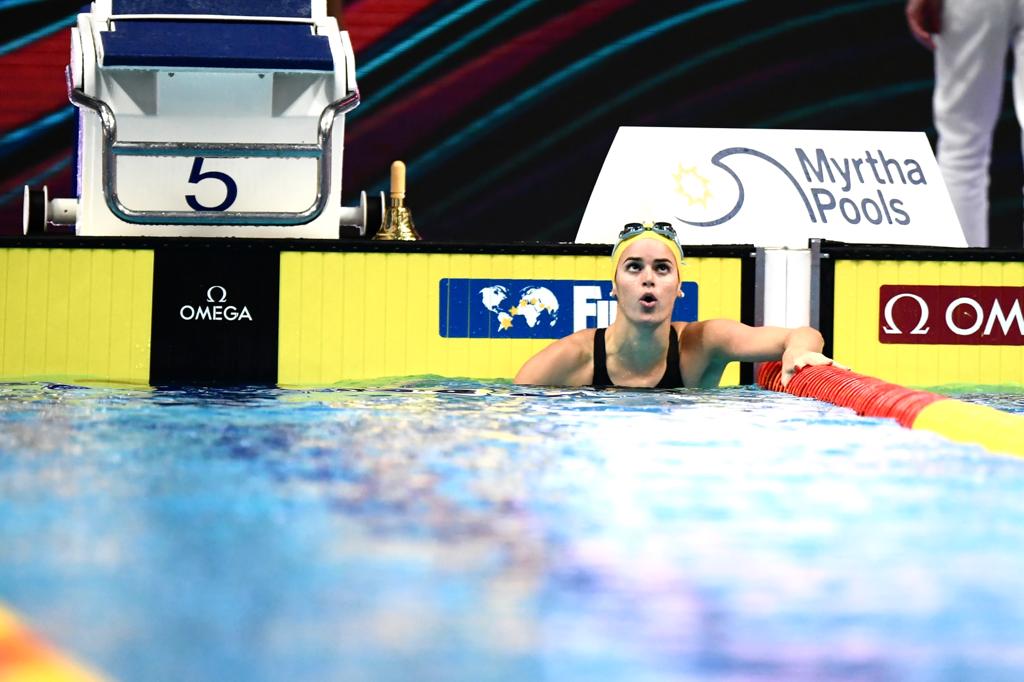 The 21-year-old Aussie has entered five individual events for the six-day competition, and is also slated to swim on both of Australia's medley relays. Archive photo via Fabio Cetti

Kaylee McKeown could be in for a massive medal haul at the 2022 Commonwealth Games.

The 21-year-old Aussie has entered five individual events for the six-day competition, and is also slated to swim on both of Australia’s medley relays (women’s and mixed) to put her in line for a potential seven-medal tally.

The backstroke events have been her bread and butter on the major international stage, having swept the 100 and 200-meter races at the Tokyo 2020 Olympic Games last summer.

However, McKeown also established herself as one of the best medley swimmers in the world in 2021, including winning the 200 IM at the Australian Olympic Trials in a time faster than what ultimately won gold at the Games. She ended up dropping the event from her Olympic schedule, and also opted not take on the 400 IM despite leading the world rankings after clocking 4:32.73 in December 2020.

The Redcliffe, Queensland native has continued to excel in the medley events this year, including dropping a new best of 4:31.74 in the 400 IM at the Australian Championships in May.

While she decided against racing that event at the World Championships, McKeown did say she would race the 400 IM at the Commonwealth Games.

In Budapest, McKeown also made a surprising move by withdrawing from the 100 back to key in on the 200 IM, where she would go on to win the silver medal behind American Alex Walsh.

In Birmingham, McKeown will face a scheduling conflict on Day 4 if she doesn’t scratch either the 200 back or 200 IM, as the two coincide in both prelims and finals.

During the morning session on Monday, August 1, the 200 back comes first and then the 200 IM prelims are scheduled 59 minutes later.

During finals, the two events are separated by 55 minutes, with a medal ceremony for the 200 back in between, 18 minutes before the swimmers will be whistled to the blocks for the 200 IM.

McKeown is the clear favorite in the 100 back, 200 back and 200 IM, though having the latter two races back-to-back will be a significant challenge.

Canadian Kylie Masse will be her biggest threat in the 200 back, though Masse has shown better form in the 50 and 100-meter events this year. In the 200 IM, McKeown’s primary challengers are expected to be England’s Abbie Wood and Canadians Summer McIntosh and Mary-Sophie Harvey.

In addition to Masse, McKeown will be pushed by Aussie teammate Mollie O’Callaghan in both the 50 and 100 back events, while the 400 IM is headlined by McIntosh, who won the world title last month.

While the stars would have to align for her to do so, McKeown has the potential to match or even surpass the all-time record of six gold medals at a single Commonwealth Games, set by fellow Aussie Susie O’Neill in 1998.

THE MATCH up 400 i.m with McIntosh is mouth watering

I would call Kaylee the heavy favourite in the 200 back not the 100. Kaylee swam the 100 three times in Budapest (all relays) and Masse was consistently faster than her. Kaylee’s 100 has looked off since her coaching change.

Kaylee was born at redcliffe hospital, never lived there. Anyways, go kaylee and taylor, great to see them on the same team again

I know she was originally planning to do 400IM + the backstrokes but the 200 IM fits in a decent spot IMO.

She wants the backstrokes to be more of a focus here, and she will still get a fresh 200 back at the beginning of the session and could give what she has left in the 200 IM to end the night. There’s a big gap in between them at night with medal ceremonies and Men’s 50m Breaststroke Semi-Finals, Women’s 100m Freestyle Semi-Finals, and Men’s 100m Butterfly Semi-Finals in between the events. Why not see how the double goes, as it could also provide some insight as to whether the 100BK/200IM crossover in Paris is do-able for her (I… Read more »

This is as good a time as any to “have a bash” at all her potential events at an international meet.

However, I would steer away from drawing any realistic conclusions with regards to the viability of doing so at World or Olympics due to the (thankful) absence of the time-wasting, schedule clogging and utterly unnecessary semi-finals.

What is curious is that of the three AUS female double Olympic champions from Tokyo; its she who faces by far the hardest road to a major gold haul in Birmingham. It can be expected Masse will be a very significant hurdle in both 50 & 100 back and McIntosh most likely has her number in 400IM at minimum. However, should her backstroke… Read more »