Katinka Hosszú Content With First Sub-1:00 100 Fly In A Year 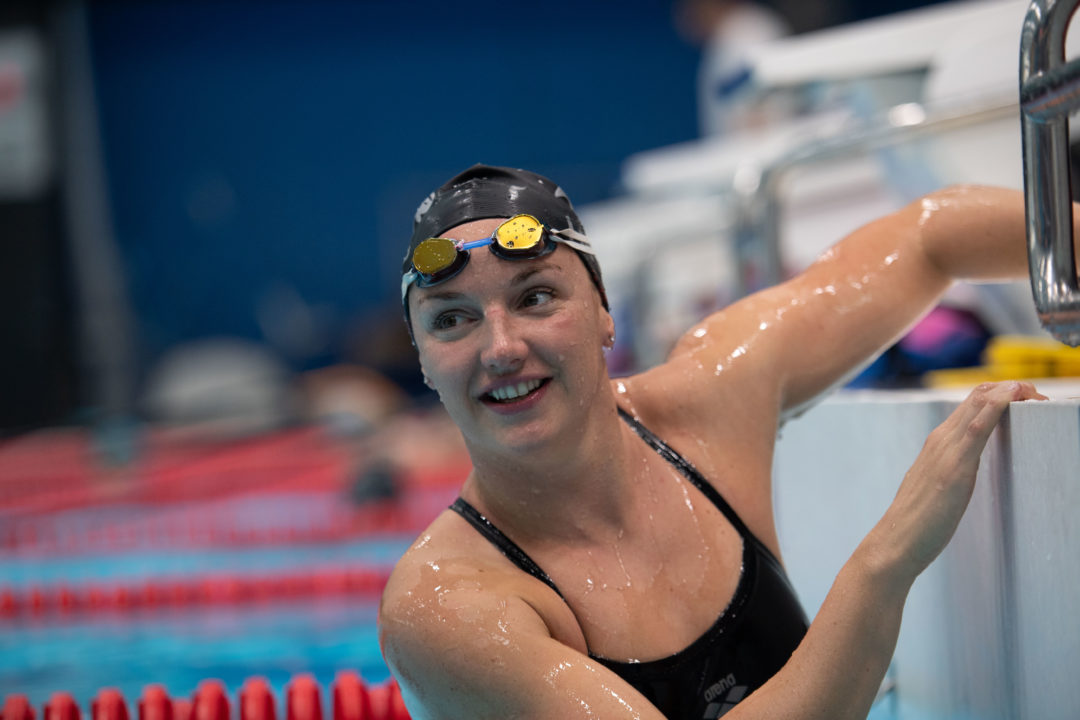 Hosszú nabbed gold in the 100 butterfly this morning in Budapest with her first sub-minute swim since back in February 2020. Current photo via Mike Lewis/Ola Vista Photography

Katinka Hosszú swam to 100 butterfly victory on the final morning of racing at the 2021 Hungarian Spring Nationals. Hosszú posted a 59.30 to claim gold, getting within two seconds of her 2019 PB in the event of 57.80.

Hosszu was quite happy with her performance and said that it’s the best she’s felt in the 100 fly in a while;

“For the first time, I really felt like my old self in the 100. Even today, it’s starting to look like what I want – I’ll keep working, I’m not worried because it’s a completely different, new situation, and I don’t feel at all that I’ve been severely disadvantaged compared to myself.”

Dalma Sebestyén and Boglárka Kapás engaged in a close battle for silver, touching only 0.01 seconds apart as Sebestyén was a 59.52 for silver and Kapás was a 59.53 for bronze.

As we previously reported, Kristóf Milák swam to victory in the men’s 100 butterfly, setting a new Hungarian national record of 50.47. Milák also took gold in the 200 freestyle with a 1:46.15 – slower, even accounting for the start, than the 1:44.86 relay split he swam on the Hungarian Record-setting 800 free relay earlier in the meet.

In his post-race interview, Milák explained that he was feeling very tired and slow throughout the warmup and into his first event, the 200 freestyle. Everything went according to plan, however, in the 100 fly for Milak and he redeemed himself from a series of 50-high swims over the past few years that he described as “embarrassing” to himself.

In the women’s 200 freestyle, Laura Veres posted the top time of the morning as the sole swimmer under 2 minutes, hitting a 1:59.60. That was the first time that she’s been under 2 minutes in the event, improving upon her 2:00.97 PB.

Evelyn Verrasztó and Fanni Fábián were second and third in the event with a 2:00.54 and 2:01.49, respectively.

This morning’s session also featured a set of distance events in the form of 800 free for the men and the 1500 for the women.